The video above is a recording of a US Opening Bell webinar from April 1, 2019. We focused on the Elliott Wave patterns for key markets such as gold, silver, crude oil, DXY, EURUSD, NZDUSD, and USDJPY.

In last week’s webinar, we highlighted how the gold price chart is showing many symptoms of a near term bearish reversal. Since last week, gold prices have fallen nearly 2.5% holding to the bearish forecast.

It is anticipated that gold would hold below Monday’s high of $1325 with some targets and wave relationships appearing below $1250. What this means is that if gold prices continue to fall below $1250, we will look for signs of a longer-term bottom forming.

Though not expected, if gold prices do run higher above $1325 before dropping below $1250, then we will need to reassess the forecast and reconsider if the multi-year Elliott wave triangle has finished and found a low.

Therefore, we are showing the current Elliott wave for gold to be wave ‘c’ (zigzag) of wave E of a triangle. We are counting the triangle as a larger wave (X) which began in July 2016. 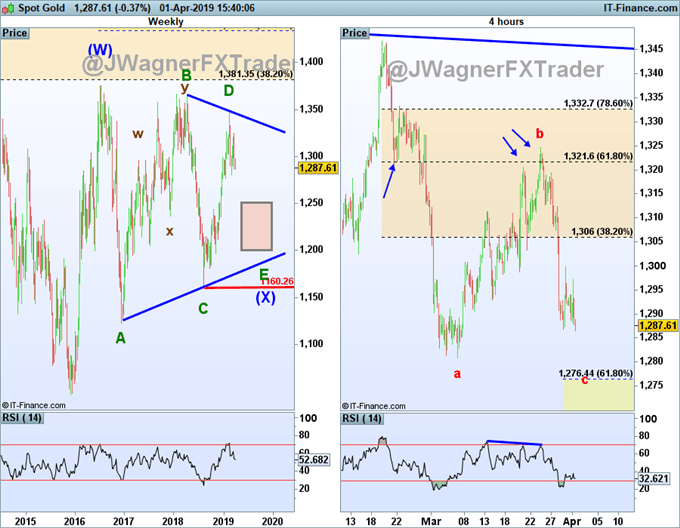 Silver price forecast is similar to gold in that we are looking for continued weakness to be temporary. We believe silver is in the ‘c’ wave of a zigzag pattern. Once this ‘c’ wave exhausts, we will anticipate a large rally to $17 and possibly $19 that may take many months to complete. 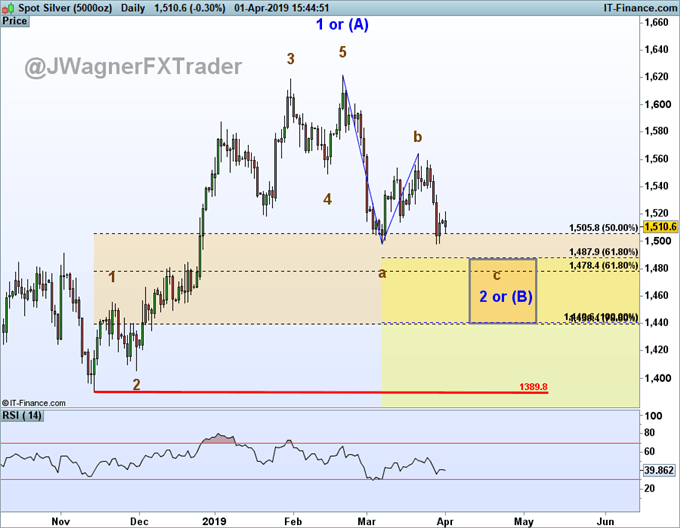 In last week’s webinar we followed up to our analyst pick from two week’s ago how the Elliott wave triangle pattern may have finalized. We outlined a forecast that stated “if NZDUSD were to unexpectedly fall below .6814, then some other wave pattern is at play.”

Well, NZDUSD did fall below .6814. Therefore, it appears the Kiwi may still be consolidating inside the triangle with another complex wave. The bullish forecast is essentially delayed on a temporary basis with prices holding above .6720. Below .6720 and more options are added back for consideration. 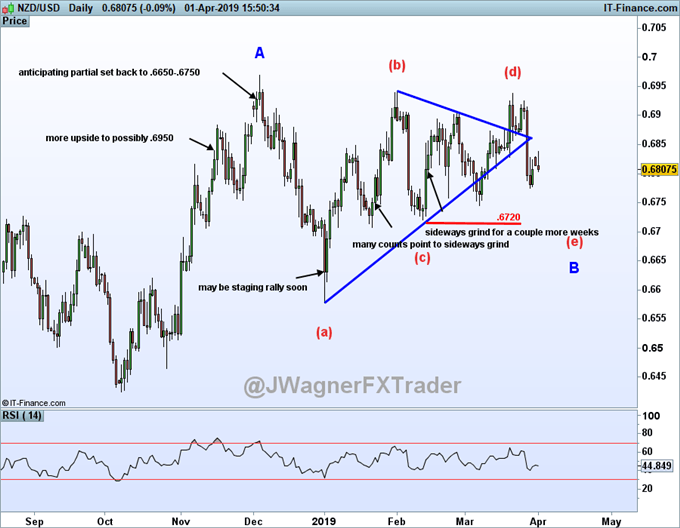 The multi-year bullish forecast yielded on January 3 remains in place despite the recent correction for USDJPY. Last week’s dip to 109.70 did meet some wave relationships. It is possible that after a brief rally to near 112, USDJPY may turn lower to retest 109.70 as the depth of the March 5 correction is a little short.

We are uncertain of the odds of a retest, but do believe that after the correction is over, a large rally may ensue as USDJPY wave be in a third wave of an impulsive wave sequence. Third waves tend to be the longest and strongest of the Elliott wave sequence. If correct, then wave 3 would break to new highs above 112 that may work up towards 117-122. 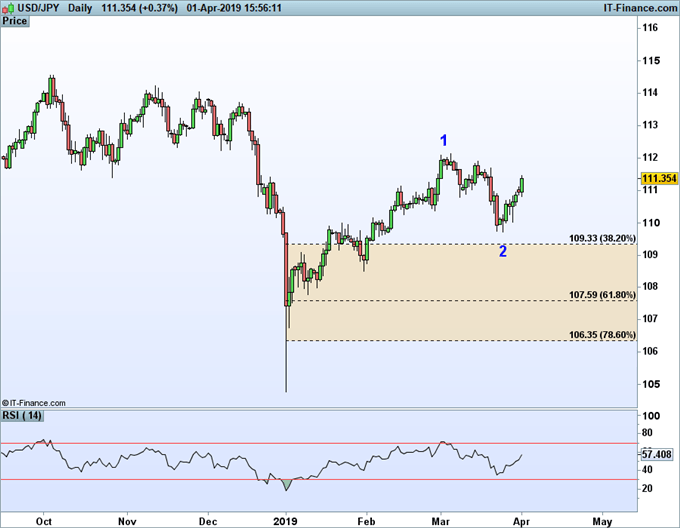