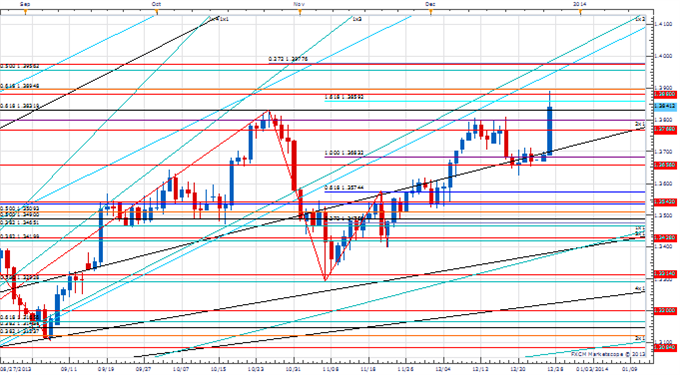 EUR/USD Strategy: Favor the long side while over 1.3655 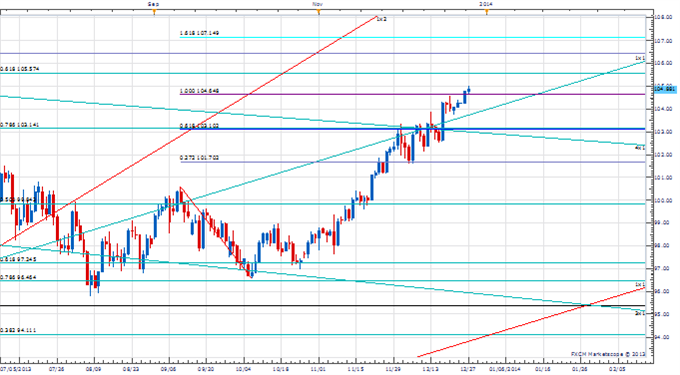 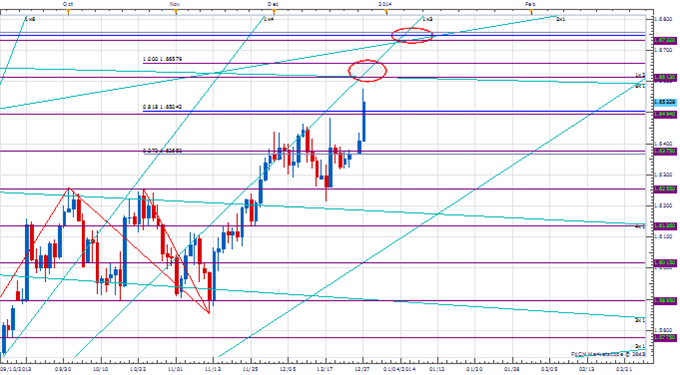 Cable has a seasonal tendency to rally aggressively in the last few weeks of the year. This year looks to be no different as the exchange rate busted through key resistance near 1.6500 today and recorded a new high for 2013. January, however, is one of the weaker months for the Pound on a seasonal basis and a simple trading day count suggests it may very well be so again as GBP/USD looks cyclically vulnerable to a peak of some importance next week. Key resistance for us heading into this cycle turn window is at 1.6615/60 then at 1.6730/55. The former represents a convergence of the 15th square root relationship and the 1x3 Gann angle line of the year’s low while the latter is a confluence of the 127% extension of the January/July range, the 61.8% projection of the July/October advance and the 16th square root relationship of the year’s low.