Investors may conclude this week that the poor old Australian Dollar has been hammered quite enough for now, even if there may yet be more falls to come,

The New Zealand Dollar looks vulnerable next week. How dovish will the RBNZ be next week compared to market expectations after similar remarks from the Fed, BoE and RBA.

Crude oil prices came under pressure this past week in response to the return of market angst over slowing global growth and a surprising US inventory buildup of about 1 million barrels.

A mixed bag this week with Sterling drifting lower against a strong US dollar but holding its own across a range of other currencies.

US Dollar Forecast: US Dollar May Build on Rebound as Market Mood Sours Further

The US Dollar may build on last week’s swift recovery as sentiment continues to deteriorate across global financial markets, stoking haven demand for the benchmark currency.

Fresh data prints coming out of the U.S. economy may heighten the appeal of gold should the developments dampen bets for a Federal Reserve rate-hike.

The economic calendar contains few items of interest in the coming days, but revisions to the Q4’18 German and Eurozone GDP releases should keep help keep pressure on the Euro

Trade wars and economic growth will be at the forefront of concerns for equity markets across the globe next week as Germany attempts to stave off a recession and avoid tariffs. 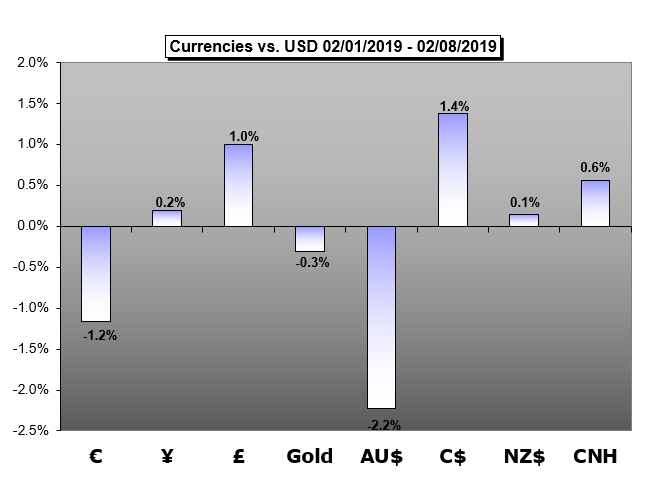