Australian Dollar Could Take Some Rest On The Road Lower 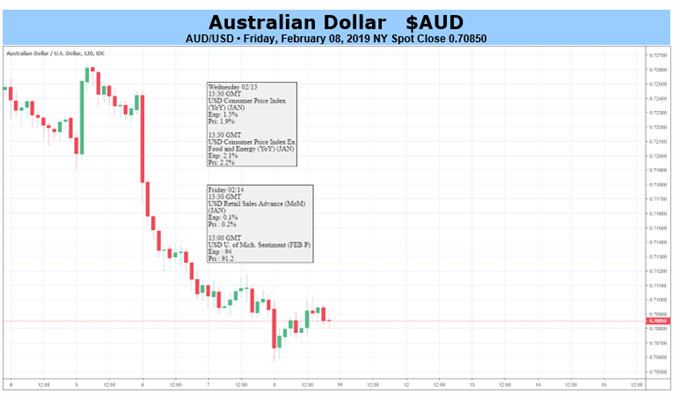 It might be said that last week was when monetary reality dawned for the Australian Dollar, ushered in by the Reserve Bank of Australia.

First the RBA finally did as domestic interest-rate futures have long insisted it must and admitted that the record-low 1.50% Official Cash Rate could yet fall further. Its prognosis that things were now now more balanced came in contract to its previous, oft-repeated belief that the next move was more likely to be a rise.

The foreign exchange market sold AUD/USD heavily on this but, as it turned out, the bulls’ problems weren’t over. Later in the week the RBA released its statement of monetary policy. This contained various, significant cuts to its forecasts, notably for growth and inflation. Sure enough, the Aussie plummeted again.

The currency had had a reasonably strong start to 2019 as investors rethought the likely pace of US interest rate rises and commodity prices held up nicely. It was always likely however that focus would return to domestic rate support, and that the Aussie would be pressured again once it did.

The coming week offers at face value little which is likely to give the poor currency much in the way of respite. We will get a look at such domestic snippets as business and consumer confidence. But whether they’ll be enough even if they improve to move the market dial away from gloomy rate differentials must be extremely doubtful.

Still, the Australian Dollar has now fallen so far, so fast that some consolidation is probably on the cards, even if it is only a prelude to another leg lower, as seems likely. Keep a close eye out for trade headlines, by the way. Australia probably has as much interest in a durable settlement between the US and China as does any other third-party actor.

Its export machine relies on Chinese demand and its security policy has bred intimate political connections with the US. If that settlement is seen to be closer, that could represent the single biggest predictable risk to what must otherwise be an overwhelmingly bearish Aussie Dollar medium-term outlook.

Looking for a fundamental perspective on AUD? Check out the Weekly AUD Fundamental Forecast. 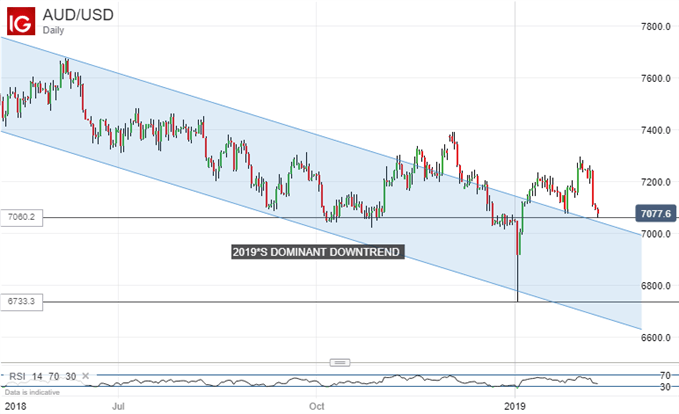