Australian Dollar Could Wilt If Focus Returns To Interest Rates 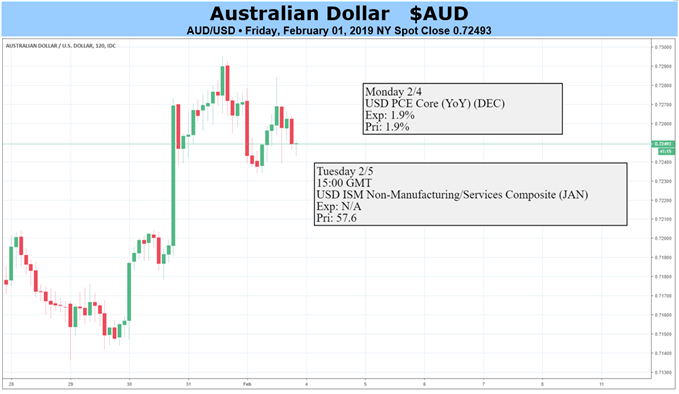 The Australian Dollar rose to two-month highs last week, lifted by a complex cocktail of invigorating ingredients both foreign and domestic. Before we get into the chances of its bullish aftertaste enduring, let’s take a look at them,

First of course there was the US Federal Reserve. It left interest rates alone as expected, but its accompanying commentary was interpreted by markets as more cautious on the chance of future rises. This weakened the US Dollar quite broadly, with its Australian cousin benefitting at least as much as other major traded currencies.

Then came Australian inflation numbers for the last quarter of the old year. These were still below target but, by a whisker, not the extent markets had feared. Commodity markets were playing ball too, with crude oil prices rising on news that Saudi Arabia was cutting supply to the US, among other factors. Australia’s great cash cow- iron ore- also saw strong gains thanks to Brazilian production stoppages following a lethal mine-dam burst.

Hopes for progress, at least, in US/China trade talks also lifted the Aussie. Australia has more skin in this game than most third countries thanks to its strong economic and political links to both main actors.

It wasn’t all good news for Aussie bulls though- not quite. China’s manufacturing sector was shown to have continued the contraction which began in December, with its private sector sliding at its fastest pace since 2016.

So, what of this week?

Well, AUD/USD is certainly sailing into it with a rare degree of support, despite those Chinese data. There’s plentiful Australian economic news on tap but the main event will be Tuesday’s monetary policy decision from the Reserve Bank of Australia. No change is expected to the record low, 1.50% Official Cash Rate which has been stuck since August 2016.

The most obvious headwind for the currency is that markets now expect the OCR to head still lower this year- a prognosis clearly expressed in the value of rate-futures contracts. The trouble is that the RBA insists that the next move, be it never so long delayed, will be a rise. Board member Ian Harper said so again just last week and is reasonable to assume that Governor Philip Lowe will restate this view following the policy call.

If he does, and futures pricing persists in its dissent, then the focus could return to what in any event looks like an utter lack of near-term interest rate support for the currency. That may well take some of the Aussie’s recent shine off, even if only temporarily.

It’s a bearish call this week. 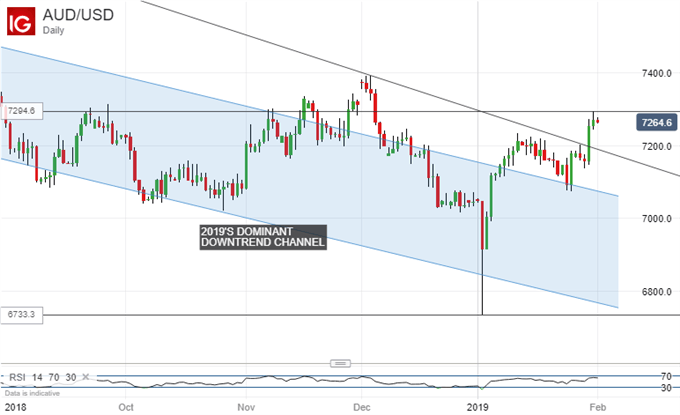