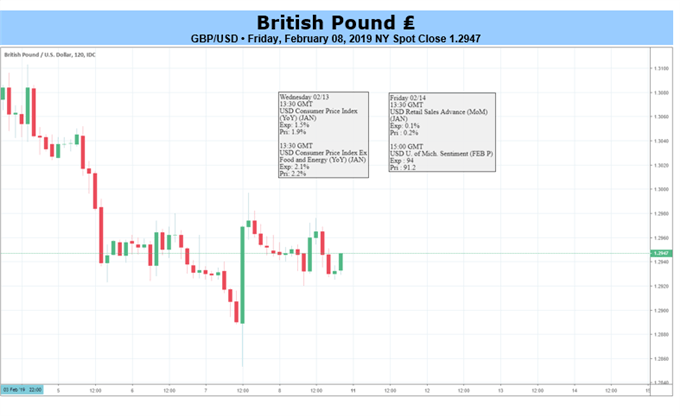 A tough week for trying to value Sterling looking forward with a mildly dovish Bank of England Report having only a short-term negative effect on GBP, while the Irish backstop problem becomes seemingly even more entrenched. We do not like changing forecasts on a regular basis but after being Sterling positive for only a couple of weeks, we now downgrade to neutral until the Brexit fog clears.

Brexit and the British Pound: Why the EU Might Spurn a Last-Minute Deal with the UK.

The Bank of England ‘Super Thursday’ saw the central bank downgrade growth expectations for 2019 again, this time to 1.2% from 1.7% and trimming interest rate expectations to just one 0.25% hike by the end of 2020.The BoE based their lower growth forecast on weaker overseas economic activity and ‘the greater effects from Brexit uncertainties at home’. These comments sent GBPUSD spinning around one cent lower, but this fall was quickly erased when comments came out from Brussels that further Brexit discussions will take place between PM May and European Commission President Juncker before the end of February. Later, comments from Donald Tusk saying that there will be a ‘special place in hell’ for politicians who pushed for Brexit without a delivery plan, were brushed off , despite gathering reams of headlines. GBPUSD was also under pressure all week from a resurgent US dollar which touched a fresh five-week high. EURGBP, perhaps a better Brexit barometer, is ending the week fractionally lower. 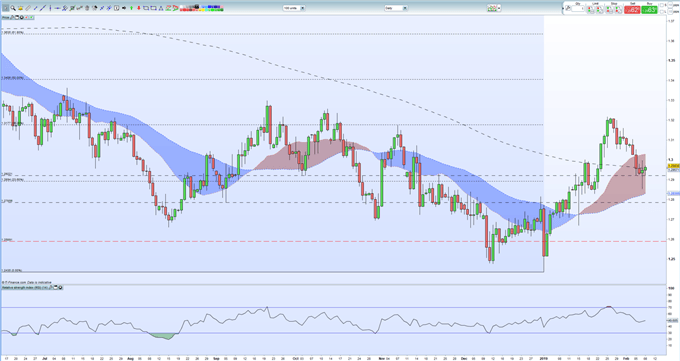 Looking ahead there is a raft of heavyweight economic releases next week, including the latest GDP readings on Monday, consumer and producer inflation data on Wednesday and increasingly important UK retail sales numbers at the end of the week.

IG Client Sentiment data show 58.8% of traders are net-long GBPUSD. We typically take a contrarian view to crowd sentiment, and the fact traders are net-long suggest that GBPUSD prices may continue to fall. However, the combination of recent daily and weekly positional changes gives us a mixed trading bias.