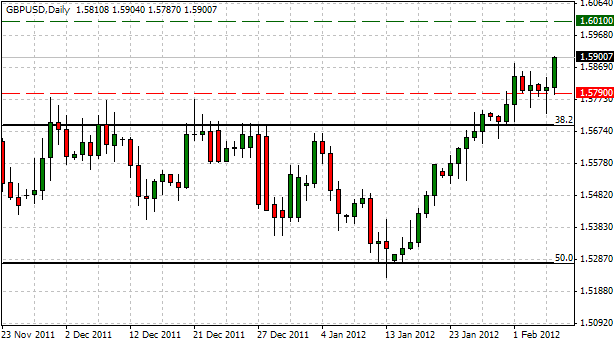 Although the Bank of England is widely expected to keep the benchmark interest rate at 0.50%, market participants see the central bank expanding its Asset Purchase Facility to GBP 325B to combat the slowing recovery in the U.K. According to a Bloomberg News survey, 49 of the 50 economists polled see the BoE expanding the non-standard measure beyond the GBP 275B target, and the development could spark a sharp selloff in the British Pound should the central bank see scope to carry its easing cycle into the second-half of 2012. However, as members of the Monetary Policy Committee expect the economic recovery to gather pace in the coming months, we may see the board preserve its wait-and-see approach in February, which should prop up the sterling as market participants scale back speculation for more quantitative easing.

As manufacturing and service-based activity gathers pace, the BoE may continue to stick to the sidelines, and we may see the GBP/USD continue to retrace the decline from back in November as investors curb bets for additional monetary support. However, as economic activity contracts in the fourth quarter, with the unemployment rate advancing to the highest level since January 1996, the central bank may keep the door open to expand its balance sheet further as the U.K. faces a risk of double-dip recession. In turn, we may see a sharp reversal in the pound-dollar as the exchange rate breaks out of the upward trending channel from earlier this month, and the pair may come up against the 38.2% Fibonacci retracement from the 2009 low to high around 1.5730-50 to test for near-term support.

Expectations for more QE casts a bearish outlook for the sterling, but the market reaction may pave the way for a long British Pound trade should the BoE preserve its current policy. Therefore, if the MPC keeps the asset purchase target at GBP 275B, we will need to see a green, five-minute candle following the announcement to establish a buy entry on two-lots of GBP/USD. Once these conditions are fulfilled, we will place the initial stop at the nearby swing low or a reasonable distance from the entry, and this risk will generate our first target. The second objective will be based on discretion, and we will move the stop on the second lot to cost once the first trade reaches its mark in order to protect our profits.

On the other hand, the heightening risk of a double-dip recession paired with the weakening outlook for inflation may encourage the MPC to expand monetary policy further, and we may see the central bank carry its easing cycle into the second-half of the year in an effort to shore up the ailing economy. As a result, if the committee expands QE, we will implement the same strategy for a short pound-dollar trade as the long position laid out above, just in the opposite direction. 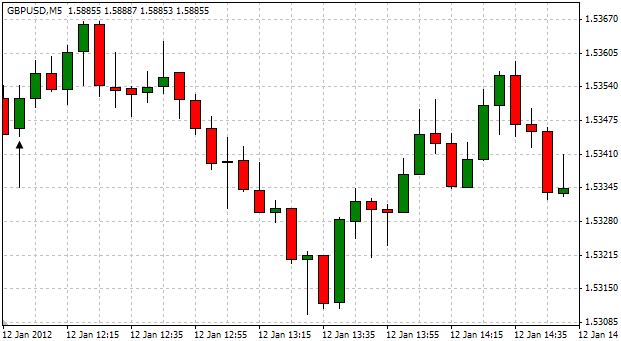 As expected, the Bank of England voted unanimously to keep the benchmark interest rate at 0.50% while maintaining its asset purchase program at GBP 275B, but talk up speculation for additional monetary support as policy makers see a risk of undershooting the 2% target for inflation. The BoE Minutes noted that ‘there remained considerable risks to the downside from the global economy’ as European policy makers struggle to contain the sovereign debt crisis, and warned that ‘a further expansion of asset purchases was likely to be required’ in light of the slowing recovery in the U.K. Nevertheless, some members of the Monetary Policy Committee argued that the risk for inflation was ‘finely balanced,’ with most noted that there ‘was no compelling need to increase the scale of the program before completing those already announced,’ and we may see the BoE maintain its wait-and-see approach throughout the first-half of 2012 as the central bank expects economic activity to gather pace over the coming months. The initial reaction to the BoE rate decision was short-lived, with the GBP/USD slipping back below 1.5350, and the sterling weakened further during the North American trade to end the day at 1.5326.