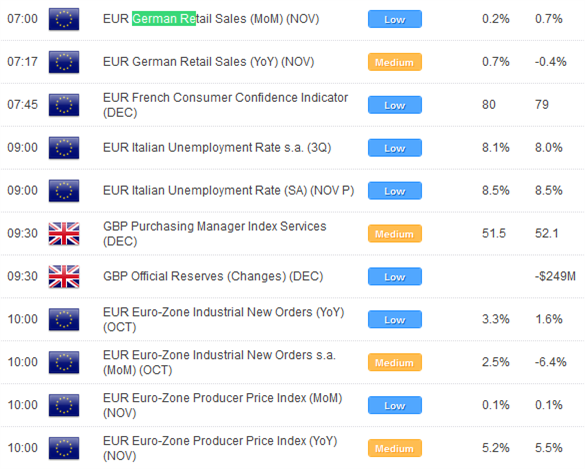 Ongoing concerns over the health of the Eurozone and its impact on the broader global macro economy continue to dominate trade. The latest talk of Spain looking to recapitalize its banking sector and Greece working hard to secure bailout funds, has not inspired any confidence and we are once again seeing a continuation of risk correlated liquidation, led by Euro declines. The key level to watch below in EUR/USD comes in at 1.2860 and a daily close below will open a fresh downside acceleration exposing 1.2500 further down. Rumors of additional rate cuts have also been making the rounds and this could put additional pressure on the beleaguered Euro currency.

Still, we see a point at which the crisis intensifies to the east and puts even more pressure on China, it correlated economies and emerging markets. One such correlated economy is Australia, and with the EUR/AUD cross rate trading over 85 big figures off its 2008 peak, we anticipate relative weakness in the Australian Dollar going forward, even against the Euro. Just as we saw the crisis spread from the US to the Eurozone and the USD start to find relative bids, so too here, we see the crisis spreading to Australia and the Euro finding relative bids. The EUR/AUD cross rate has now traded to fresh +20-year/record lows, and technically, charts are screaming for a much needed healthy corrective bounce at a minimum. Australian data overnight has not been encouraging and perhaps this could provide the initial spark for some form of a bounce in the cross rate.

Looking ahead, German retail sales, Eurozone inflation and UK services PMIs are due for release in the European session, but France’s sale of 10-year and 30-year bonds will likely garner a majority of the attention. Also worth noting is the potential for downgrades from the rating agencies on European countries after S&P hinted at such developments in late 2011. Global equity markets have been rather supported in recent trade, but are starting to show signs of renewed weakness. 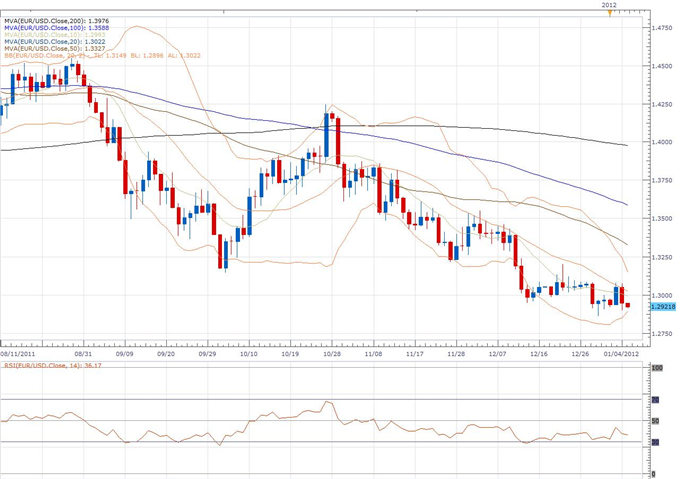 EUR/USD: After finally taking out the 2011 lows from January by 1.2870, the market seems poised for the next major downside extension. Overall, we retain a strong bearish outlook for this market and look for setbacks to extend towards the 1.2000 handle over the coming months. While we would not rule out the potential for corrective rallies, any rallies should be very well capped above 1.3500. Meanwhile, a daily close below 1.2850 will accelerate declines. 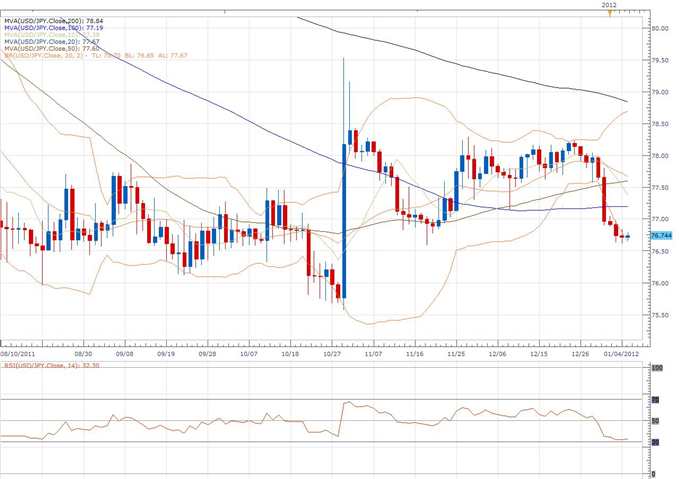 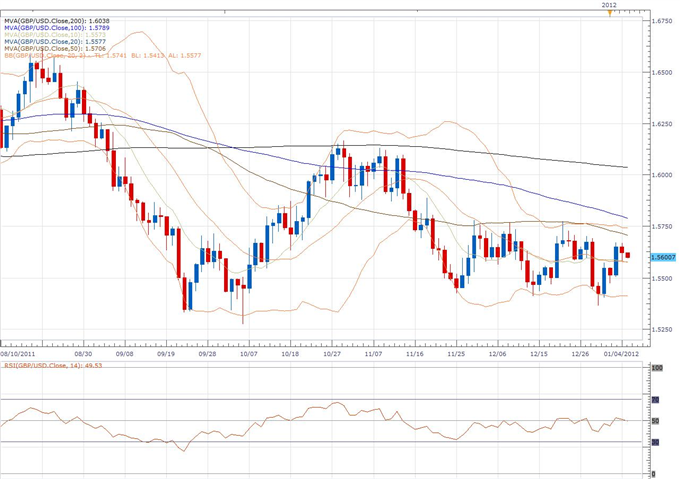 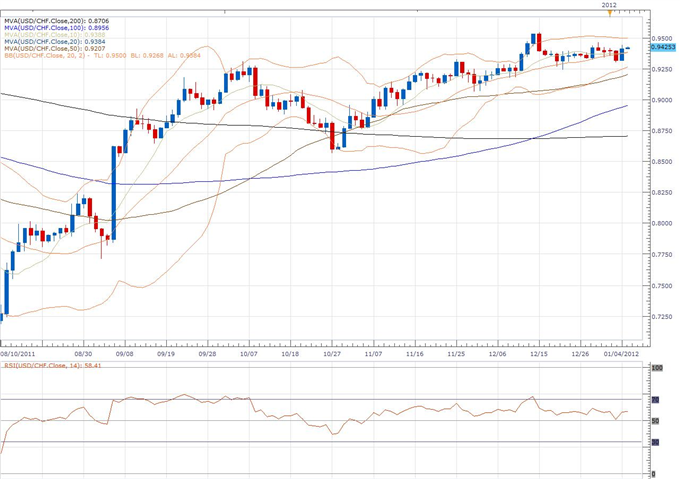