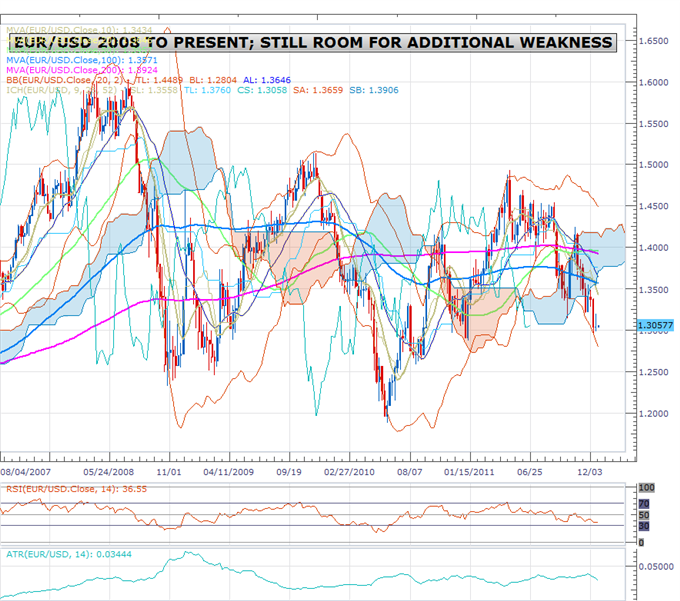 Quiet Holiday Consolidation But S&P and WSJ Could Influence

It is not always the case, but the lightened holiday trade has brought with it some equally quiet trade, with the currency markets so far content on some consolidation and avoiding violent intraday price swings on the razor thin conditions. The Euro has stalled out just shy of the 2011 lows from January by 1.2870 and at this point, it looks as though those lows will remain intact for the remainder of the year. However, come January, we would expect to see the 1.2870 level taken out as the broader underlying trend is still very much in the US Dollar’s favor and could open a Euro drop into the 1.2000’s in the first half of 2012.

All major markets will be closed today and any remaining market participants will likely focus on some of he developments from the previous week, particularly out from the rating agencies. S&P was out with some risk negative comments after saying that the ECB LTRO will not do anything to remove the threat of bank downgrades in Europe, and talk is now circulating that the only reason S&P delayed its report of 15 EMU member countries, was to avoid having to issue downgrades around Christmas.

Moving on, there was also an interesting article in the WSJ from the previous week which could influence markets into 2012. The article which is titled “Fed May Signal Low Rates Into 2014” could obviously inspire a bearish USD reaction if it in fact proves to be true, although we doubt any USD selling would be substantial as this would not come as a complete surprise. Currently, the Fed has committed to low rates into mid-2013, and it seems as though Fed officials have become increasingly uncomfortable with this time constraint and our now considering an extension at the next meeting. In any event, this is something that should be watched closely over the coming weeks. 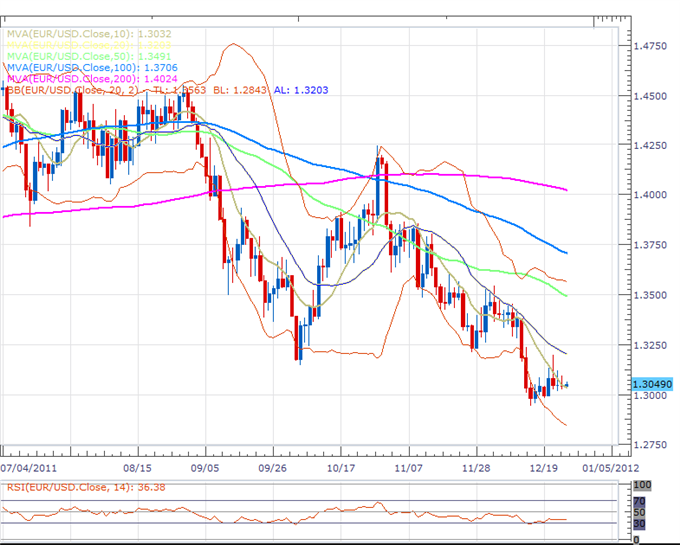 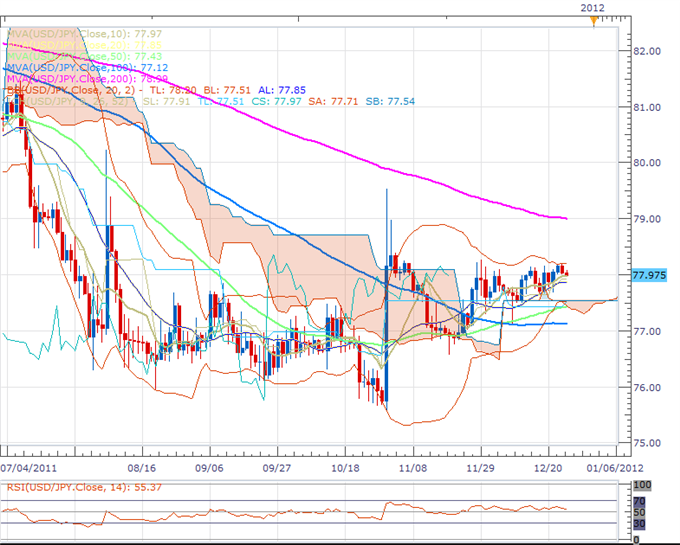 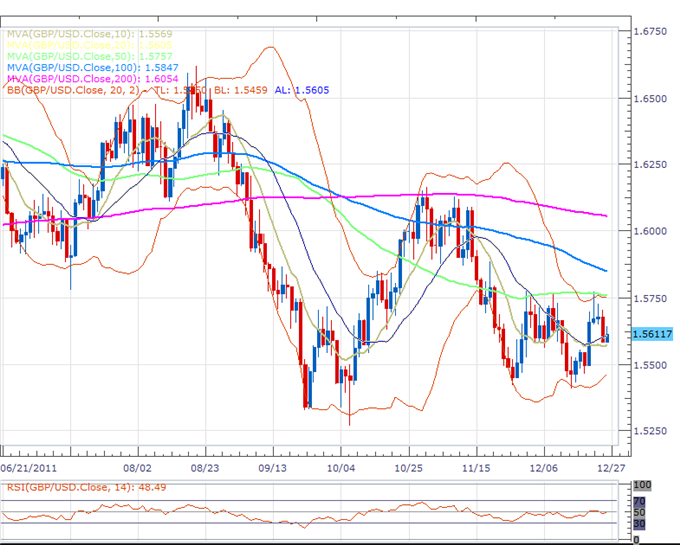 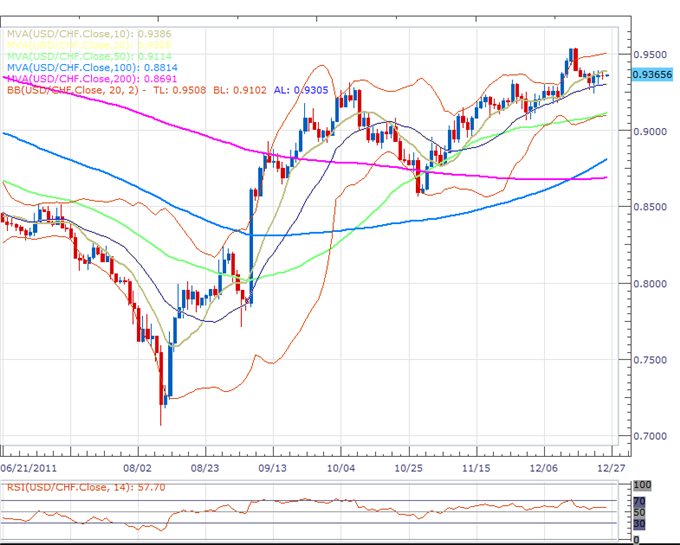