S&P 500 Elliott wave patterns are still leaning to the bearish side over the medium time horizon. NZDUSD may continue to pop higher in a bullish pattern.

The video above is a recording of a US Opening Bell webinar from March 18, 2019. We focused on the Elliott Wave patterns for key markets such as SP 500, gold, silver, DXY, EURUSD, NZDUSD, AUDUSD, and USDZAR.

S&P 500 gave only a small hesitation last week to the horizontal resistance near 2820. There are three main Elliott wave counts being followed…we cannot confidently eliminate any of them at this time.

The larger degree Elliott wave patterns we are following point to this rally as being a temporary bump higher. Even if S&P 500 breaks to a new all-time high, the elevated wave picture is that new highs are likely contained below 3,200. This doesn’t mean S&P 500 has to break to a new high, but if it does, the higher probability count is that this rally is a ‘B’ wave topping between now and 3,200.

This view leans towards an eventual retest of the December 2018 low in the following ‘C’ wave. 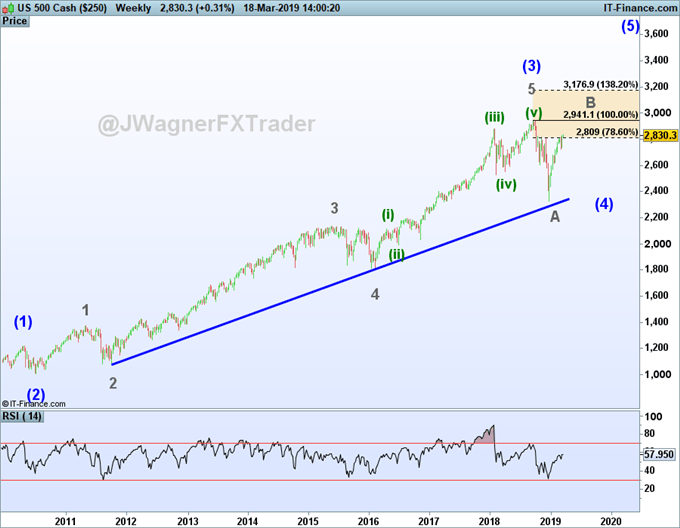 A secondary wave count being followed is that a long-term high was established in September/October 2018 and the market is preparing to fall hard and break below December’s low. This particular wave count is extremely bearish and points to levels below 1800. 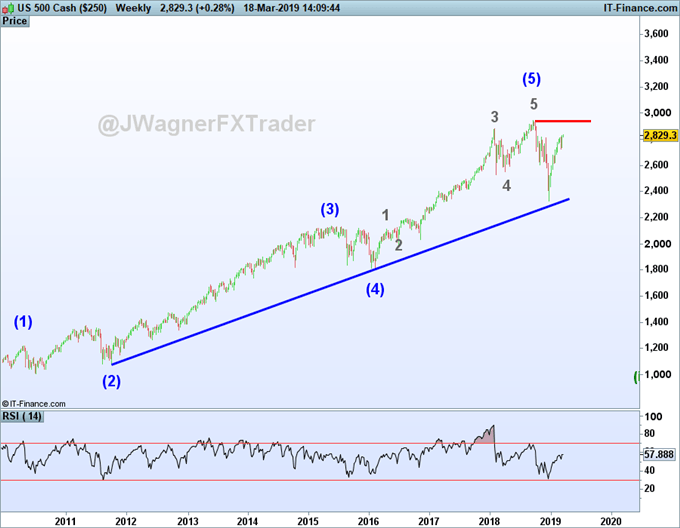 A third count we are following is that the high in September/October 2018 was wave 1 of (5). That implies correction in the latter part of 2018 was wave 2 of (5). This suggests a rally in wave 3 of (5) to new highs and beyond. This would be an extremely bullish scenario pointing towards higher levels for the bulk of calendar year 2019. 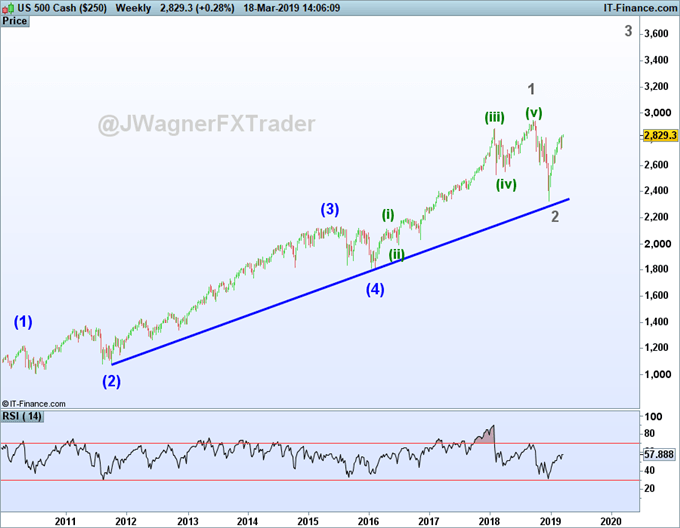 Difference Between Dow, Nasdaq, and S&P 500

EUR/USD Elliott wave pattern can be interpreted as bullish or bearish. However, the key level for the bulls and bears is the February 28 high of 1.1420. So long as price remains below this level and more comfortably below the 78.6% retracement of 1.1368, then the bears have the upper hand. Above 1.1368 becomes an early warning signal that 1.1420 may break.

If EURUSD price moves above 1.1420, then we will consider a larger bullish move back towards 1.17-1.20 higher probability. 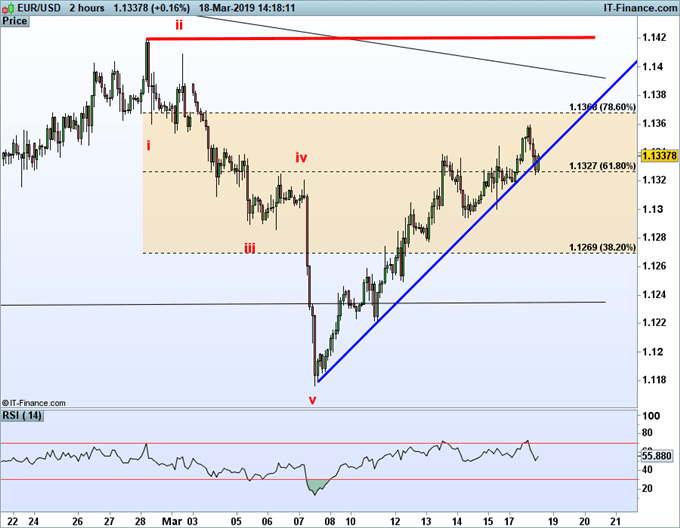 We wrote in an analyst pick last week how the Elliott wave triangle pattern may have finalized. So far this week, NZDUSD has added gains and we are anticipating higher levels yet towards .7090 and .7298. So long as NZDUSD holds above .6744, respect the potential for higher prices. 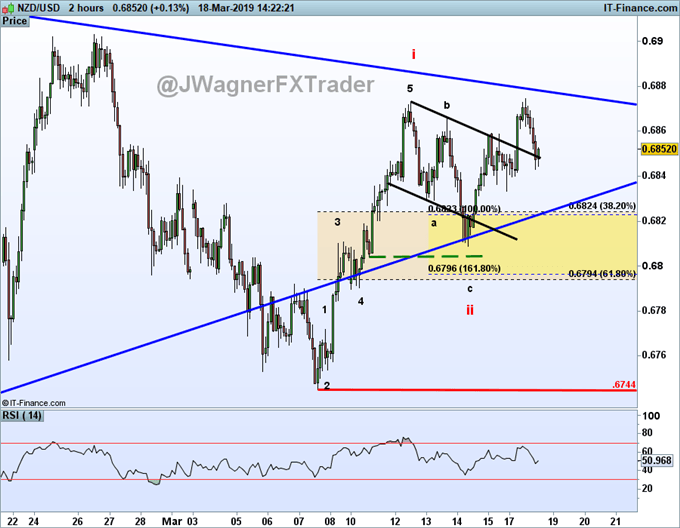 USD/ZAR Has Biggest Monthly Gain Since August – More to Come?