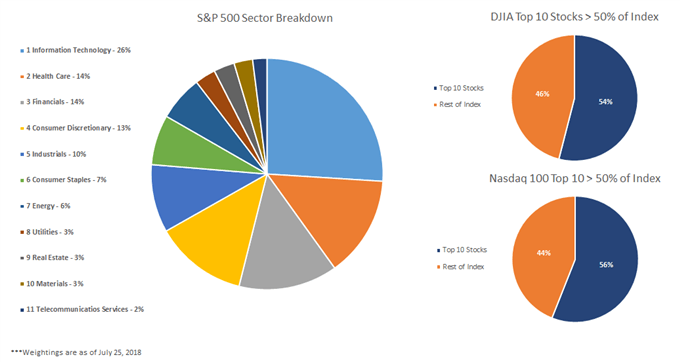 In the U.S., market participants focus the majority of their attention on three indices – S&P 500, Dow Jones Industrial Average, and Nasdaq 100. These indices are of course highly correlated to one another as they track companies impacted by the same business cycle and other important macroeconomic factors.

Additionally, there is some cross-over in the stocks that are included in the ‘big three’. For example, the technology giant Apple Inc. (AAPL) is a constituent included in all three. However, there are big differences between the Dow and Nasdaq and S&P 500 - such as the number and type of stocks included in each index and how index values are calculated.

The S&P 500, created by Standard & Poor’s in 1962, represents the broadest measure of the U.S. economy among the three major indices. The index value is calculated by weighting each company according to its market capitalization and then a divisor, which is set by S&P, is applied to produce the final value. The simple calculation is as such: sum of the market cap of all stocks included divided by the divisor, or total market cap / divisor.

The Dow Jones Industrial Average, often referred to in short as the ‘Dow’, is the oldest index, dating back to 1896 and is the most globally well known. The Dow represents 30 large cap stocks as determined by the Wall Street Journal. Unlike the S&P 500 and the Nasdaq 100, the weighting for each component in the Dow Jones Industrial Average is ranked by share price, and then a divisor applied to create the final value.

The Nasdaq 100 is the youngest of the three indices having begun trading in 1985. It represents the largest non-financial companies listed on the Nasdaq exchange and is generally regarded as a technology index given the heavy weighting given to tech-based companies. The Nasdaq 100 is based on the market capitalization of its components.

Despite the tight correlation between the major U.S. indices, they each have their own ‘personalities’ in how they trade due to the differing make-up for each index and importance of certain companies and groups of companies (sectors). The S&P 500 is the least impacted from day-to-day by any single one stock given it is comprised of so many names. With that said, there are a handful of sectors which have the most importance on the index.

The largest driving sector has changed over the years as various sectors have significantly outperformed or underperformed during various business cycles. For example, back in the 1970s the oil sector was the largest, heading into the top of the 2000 tech-bubble it was Technology, before the 2008 crisis it was Financials, and currently (2018) it is Information Technology (IT), which accounts for a 26% weighting.

The Dow on the other hand, having only 30 stocks, is impacted more significantly by the performance of individual stocks. As it stands, the top 10 stocks account for over 50% of the Dow’s value, making it easy to see how it could be more heavily influenced by strong price fluctuations in only a few tickers.

It is worth noting, the time of year when you typically see the largest disparity between the weightings in the indices is during earnings season each quarter, as companies report their results and respond with powerful price swings. The more concentrated Dow and Nasdaq 100 are known to have larger overnight gaps during these periods than the broader S&P 500.

Major Differences between Dow, Nasdaq and S&P 500: Breakdown of weightings

Regarding volatility, the Dow Jones is typically the least volatile of the three major indices as many components are slower moving, blue-chip companies such as Boeing Company, United Healthcare, and 3M Company. The Nasdaq 100 is the most volatile of the three largely because of its high concentration in riskier, high growth companies such as Facebook, Amazon, and Alphabet (Google). Volatility in the S&P 500 is typically somewhere between the two.

Indices are no different than any other asset class, in that market participants use various types of analysis such as fundamental and technical disciplines to formulate their views. Longer-term investors often times place significant emphasis on fundamental analysis, while short to intermediate-term traders (including day-traders) tend to place a large amount of emphasis on technical analysis.

There is one characteristic which is unique to equity indices. The vast majority of market participants are long the stock market in one form or another, and as such, declines tend to unfold much faster than rallies because of the fear factor associated with losses. This leads to higher levels of volatility when there is uncertainty and lower levels of volatility when the market is confident about rising prices. Tracking this change in volatility is the CBOE Volatility Index (VIX), often times referred to as a ‘fear gauge’ due to its tendency to spike when fear rises (market declines) and fall when fear dissipates (market rises). For the short-term trader seeking volatility, this makes periods of uncertainty generally more fruitful with opportunities.

Volatility Often Rises and Falls Depending on Market Direction 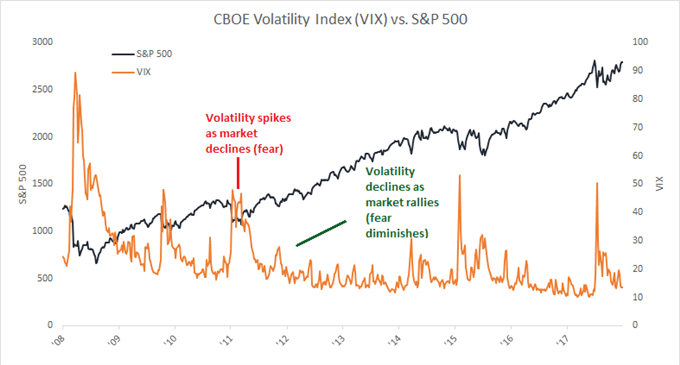 Forday-traders and swing traders focused on short-term price fluctuations there is another characteristic that separates equity indices from many other asset classes – exchange hours. Due to when the exchanges are officially open for business, there is a definitive day session unlike that in, say, currencies, which are trading 24 hours.

U.S. equity markets are open 13:30-20:00 GMT, and as a result, this is when the majority of volume trades in shares and index futures. This makes this specific period the most liquid time of the day and can be an advantage in terms of having a set time of day in which to trade the market. U.S. index futures trade mostly around the clock like currencies, but participation is very thin outside of exchange hours. 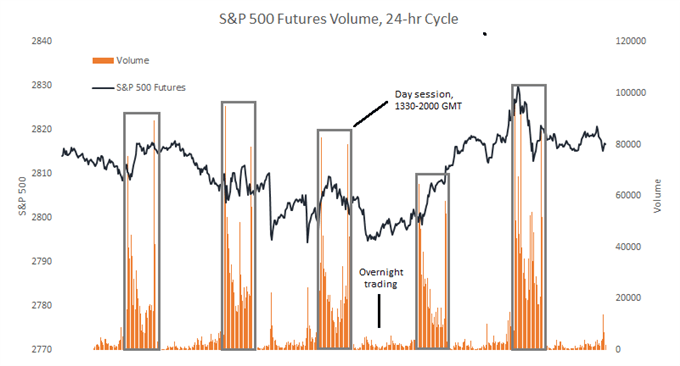 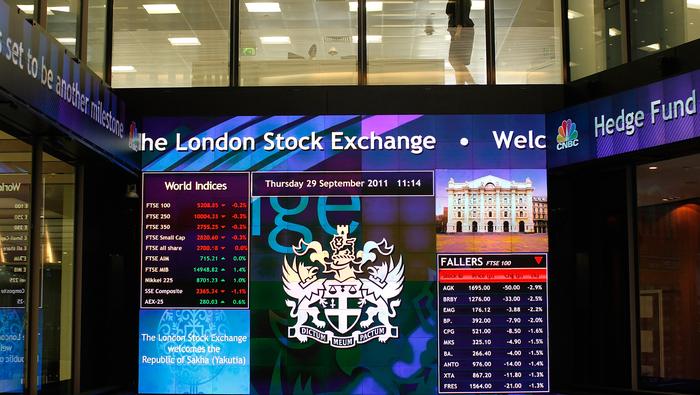 Diversity in CEO's From The FTSE 100 Companies
Diversity within organizations is a major talking point around the world. For the FTSE 100 in particular, there is lack of boardroom diversity with male executive numbers dominating female numbers.

Negative Interest Rates - Can They Stimulate The Economy?
Negative interest rate talk is now commonplace among central bankers across the globe. What are they and do they work?

VIX Index: US Election Uncertainty to Drive Market Volatility
The VIX Index tends to rise as the US presidential election approaches as investors hedge against potential downside risk that can arise from such a turbulent event.

How Will the Election Affect the Stock Market? Dow Jones Forecast
Presidential elections are known to dominate popular culture and news media in the lead up to November, but what does an election do to the stock market?
Advertisement