Our Elliott Wave analysis is suggesting a round of partial USD weakness coming. USDJPY, EURUSD, and gold charts all point to patterns suggesting a weakening US Dollar.

The video above is a recording of a US Opening Bell webinar from May 21, 2018.

USDJPY has been on a mission to the upside lately. Through the lens of Elliott Wave Theory, we are seeing a mature trend in the short-term that is due to correct lower.

The impulse wave that began March 23 appears to be nearly complete. We can count the minimum fives waves up and the divergence on the RSI oscillator helps confirm the a mature impulse wave. Once USD/JPY reverses lower, we are anticipating a correction that could drive down towards 107.25-108.80.

We do believe this correction will be a partial retracement of the March 23 up trend and hold above 104.63 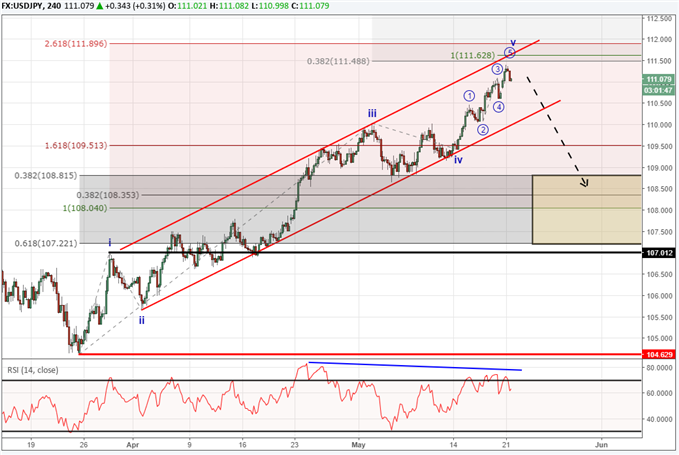 Gold prices finally pushed through and flushed out the $1302 price level last week. Our Elliott Wave analysis shows the gold chart may have finished a sideways Elliott Wave flat pattern [labeled as wave ((b))] and may embark upon a bullish wave ((c)) very soon.

In addition to smaller degree wave relationships for the dip appearing near $1286, the 61.8% Fibonacci retracement level of the December 2017 to January 2018 uptrend crosses near $1286 as well. As a result of a mature wave pattern and multiple wave relationship forming nearby, traders need to be on alert for a significant market rally coming through the gold chart in the near future. 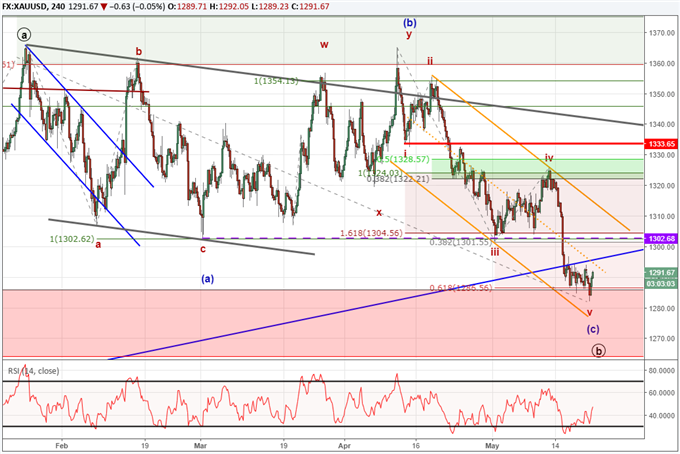 Crude Oil Hangs out with Several Wave Relationships in $71-$74

Crude oil prices continue to hang near recent highs. The longer-term crude oil price patterns nears a terminal point with some wave relationships in the $71-74. The price action since then has not altered our top views in that a reversal in trend may be near.

Should this reversal in crude oil price take hold, then we may see a deep correction in the latter part of calendar year 2018. 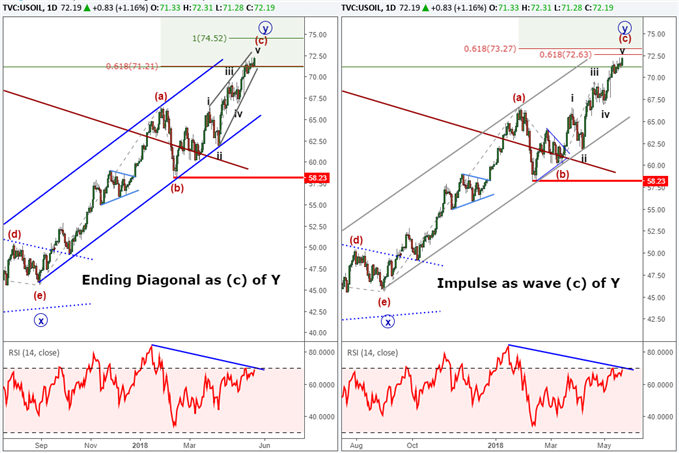 The dip in EURUSD down to 1.1717 on Monday has reached a meaningful level that may lead to a relief rally. The overall trend remains down, but we are anticipating a bounce back to 1.1950-1.2050.

The Elliott Wave chart we are analyzing places EUR/USD in a fourth wave expanded flat or fourth wave running triangle. Under both scenarios, a multiple hundred-pip rally would be considered normal for this fourth wave.

We need only to be concerned about the downtrend should EURUSD press up to 1.2150 or higher. 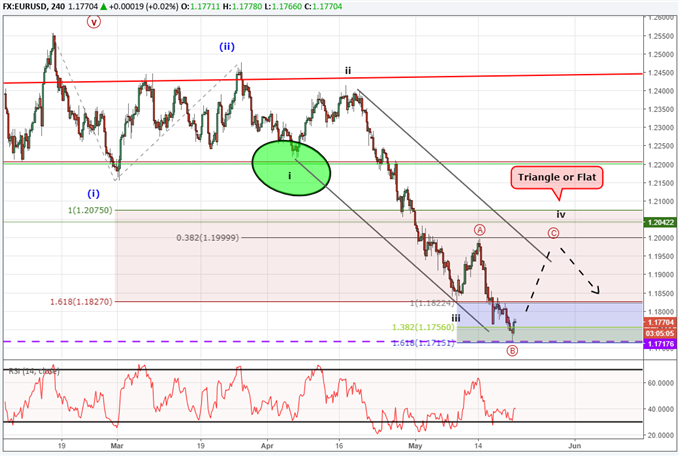 Last week, we wrote how the Bitcoin Elliott Wave forecast was for near term support of prices above 7,800.

The Elliott Wave model we are following for this cryptocurrency is a partial retracement of the April 6 to May 4 up trend. Bitcoin prices have dipped to the 61.8% Fibonacci retracement level of the prior up trend. That is a common area pivot area for corrections.

The Bitcoin price forecast is for prices to increase higher above 11,000. 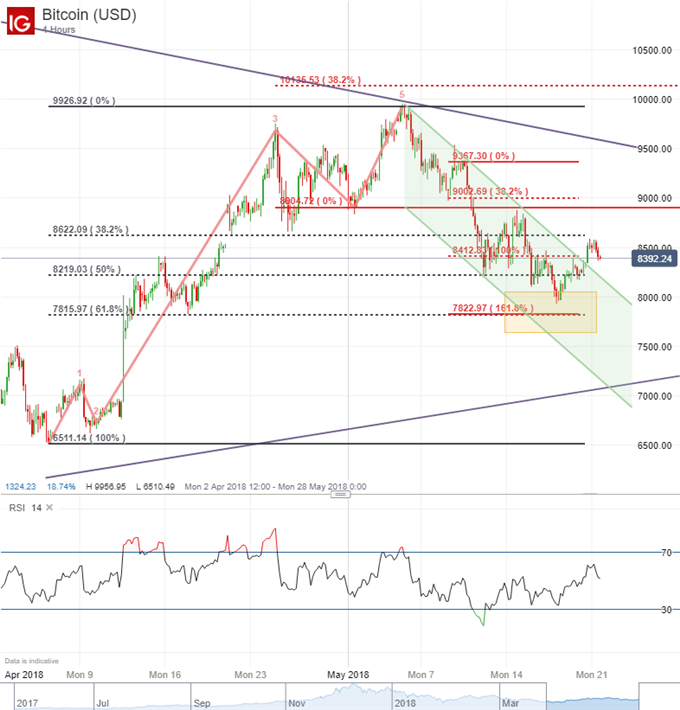 *3 things I wish I knew when I started trading forex

*What is the impulse wave pattern and how do you trade it?