In Elliott Wave theory, a flat is a pattern consisting of three waves labeled A-B-C. It is a corrective pattern that runs counter trend. The pattern tends to be a shallow retracement of the previous trend and may be the ‘flag’ of the common flag pattern at times. At other times, it may look like a simple range that spends more time going sideways than making any real progress in price.

In an impulse, flats are typically found in the 4th wave position. Flats can make up the ‘A’ or the ‘B’ wave of another corrective pattern, but you won’t find them in the ‘C’ wave of a correction.

There are essentially 3 types of flat corrections. The regular flat, the expanded flat, and the running flat. The name of the pattern you are identifying isn’t as important as what the pattern implies. In each of the flats above, the implication is a sideways consolidation that eventually would resolve as a complete retracement of the pattern and continuation of the trend prior to entering the flat pattern. 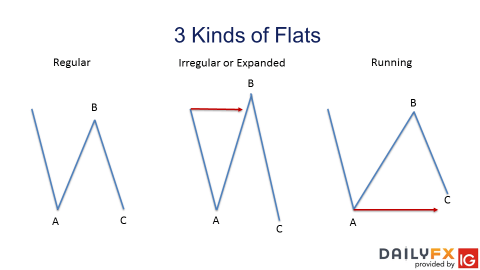 When seeking to identify an Elliott Wave flat, there are a couple of characteristics we look for.

The 3 waves of the flat (A-B-C) subdivide as a 3-3-5 meaning the ‘A’ leg has 3 sub waves in it, the ‘B’ leg has 3 sub waves in it, and the ‘C’ leg has 5 sub waves in it. Because of the ‘A’ and ‘B’ legs both containing three sub waves each, it illustrates the struggle of the instrument to create a new trend against the previous trend. Therefore, prices end up slopping around sideways eating up more time than price. One thing to keep in mind when identifying corrective patterns, ‘C’ legs will always have five sub waves in it (triangles are the only exception as they contain just three sub waves). Therefore, if you see a 5-wave move, preceded by several 3-wave moves, count backwards and see if a flat pattern is at play. 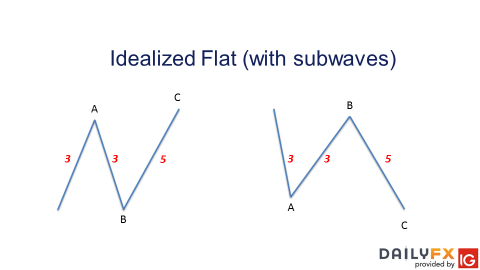 Another characteristic we look for in identifying flats are a secondary or “B” wave that retraces most or all of the preceding wave, but in a clear 3-wave fashion. The trick here is to find that move that is a clear 3 wave move. As we learned in our impulse section, when the proposed wave 4 overlaps the price territory of a proposed wave 1, that overlap eliminates the impulse pattern and solidifies a 3 wave move. Therefore, when the proposed wave 3 terminates near the beginning or just beyond the beginning of the previous trend wave, closely monitor the end of wave 1 for overlap.

Recommended by Jeremy Wagner, CEWA-M
Boost your Elliott Wave expertise with our guide
Get My Guide 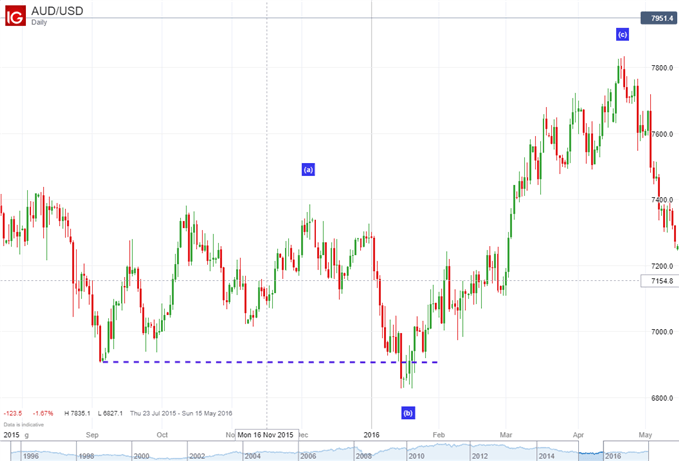 This is an expanded flat for AUD/USD where the (b) wave surpasses the origination of the (a) wave.

“B” waves typically don’t last longer than 138% the length of “A”. Therefore, it is good practice to identify the 1.382 level of “A” on your charts as a false break out zone in case an expanded or running flat correction takes hold. 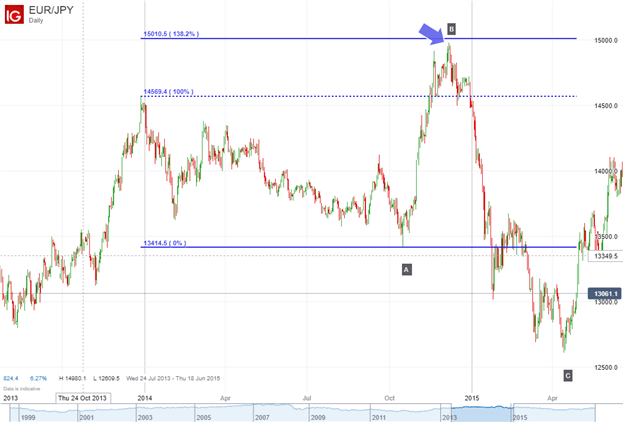 Image with 138.2% the length of wave ‘A’ drawn to identify a potential false breakout zone.

Where Flats Appear in the Wave Sequence

Flats appear where any 3 wave corrective move can present itself (with one exception). For example, you will find flats in the 2nd or 4th wave position of an impulse, in the “B” wave of a zigzag, in the W, Y, Z, or X waves of a complex correction, or in the “A” wave of another flat. However, one corrective structure you will not find flats in are triangles. Triangles are constructed from zigzags or other triangles.

As a result, identifying them in real time can be difficult. Pull out to the next higher degree of trend to see what the larger structure may be and use wave measurements to anticipate the termination point of the pattern. Since they essentially form a range, range trading techniques and risk levels are recommended for trading them.

For more in depth study on Elliott Wave patterns, we have these one hour webinar recordings: