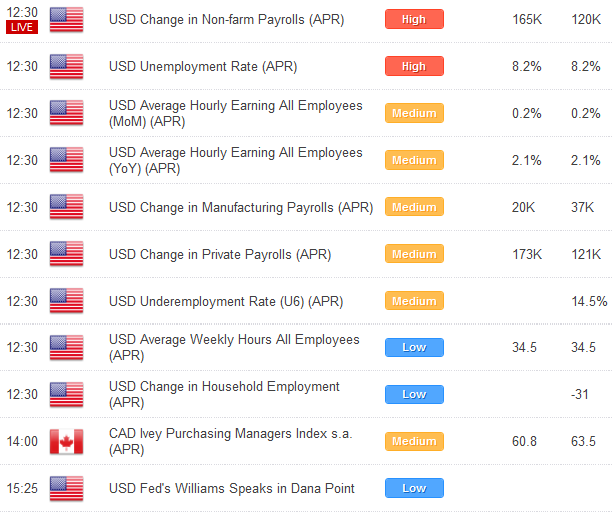 - Widespread calls for a break lower in Eur/Usd

- Focus for now on monthly US employment data

Although we have seen no clear breakouts in most of the major currencies, and although the Euro still remains locked in a very well defined 1.3000-1.3500 consolidation (that has defined trade for much of 2012), there is a growing sense that the markets are very close to a major pickup in volatility. For now, the breakout looks like it will be in the US Dollar’s favor, given the sharp downturn in risk sentiment this week, on the back of some very disappointing economic data across the globe. In fact, we can’t remember a time when so many were all at the same time, calling for a major US Dollar rally.

Relative performance versus the USD Friday (as of 9:30GMT)

It is with this in mind that we also find it somewhat surprising to see the Euro still so well supported. While it is true that the ECB were slightly hawkish on Thursday, we doubt that this alone will keep the Euro propped above 1.3000. Yet the market remains supported for now, despite the overwhelming bearish sentiment out there. Other currencies like the Australian and New Zealand Dollars have not been as fortunate, yet these markets are also holding up rather well when you consider a 50bp rate cut from the RBA this week and some disastrous employment numbers out of New Zealand.

There is a good deal of economic data and event risk over the coming days, and the results from these calendar events could very well influence the direction in the markets. Kicking things off is the monthly US jobs report, and many are now expecting a disappointment here following the softer ADP report earlier in the week. From there, the attention will turn to the political front, when all will be watching the highly anticipated election results out of France and Spain. The big issue will be if the election results compromise the current plan which involves the implementation of IMF austerity measures.

As far as currency strategy is concerned, we would recommend remaining on the sidelines until a clearer directional bias presents. The fact that everyone is calling for a major USD rally is certainly compelling, but not enough for us to test the waters. 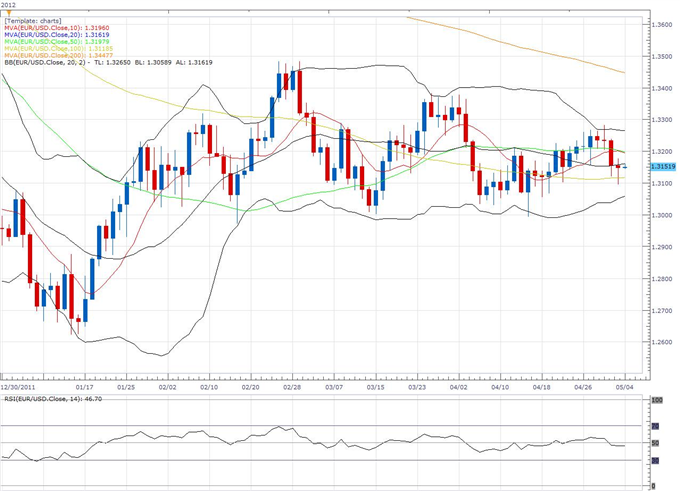 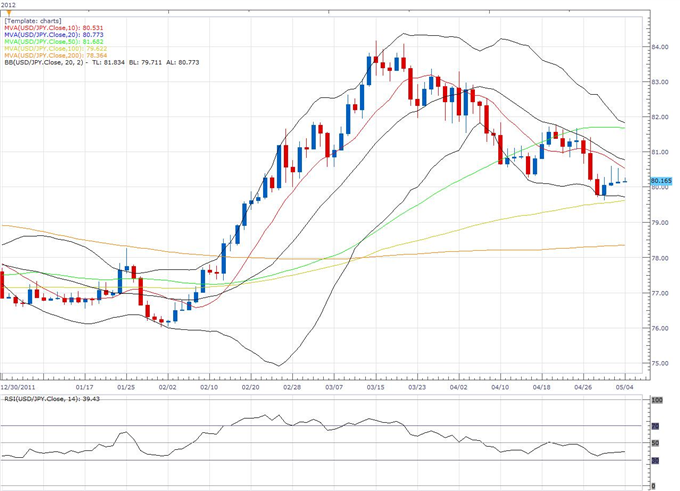 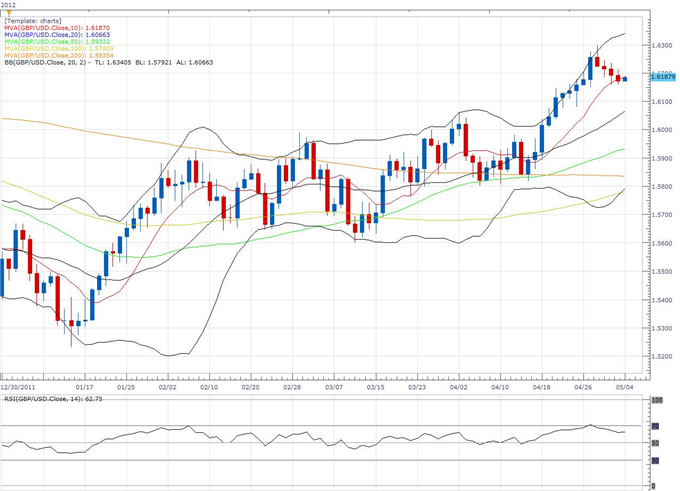 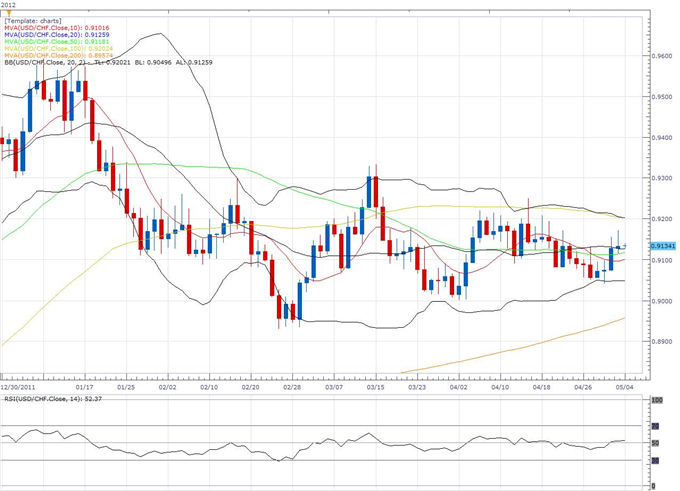