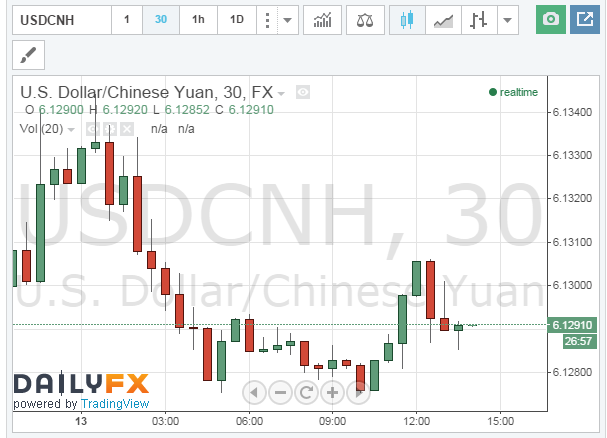 Industrial Production once again slowed and underperformed analyst’s expectations. The figures fell short of the consensus 8.0% reading coming in at 7.7%. Consistent with this cooling factory activity, Manufacturing PMI figures had also fell sharply to 50.8 in October from 51.1 in September. Also released during the session, retail sales missed economist’s prediction for October at 11.5%. With Industrial Production, Manufacturing PMI, Retail Sales, cooling, it comes as no surprise that China's economy is growing at its slowest levels since the 2009 global slump. However, contrary to what these indicators suggest, following their announcement, the Yuan actually rose against the US Dollar.

The short-term appreciation of the Chinese currency likely reflects a market's acclimation to the government's intentions to cool the country's remarkable pace of expansion over the past decades. Officials have laid out plans to purposefully slow growth in some sectors to transition away from a primarily export-dependent economy and nurture domestic sources. Credit expansion - particularly in real estate - has proven a key component of the initial strategy, and the threat of swell in defaulting loans poses a need for balance - cooling unsustainable credit expansion with an uncontrolled economic downshift. The People’s Bank of China (PBOC) announced in mid-September that it would be injecting 500 billion yuan ($81 billion USD) into the country’s 5 largest commercial banks in order to provide liquidity, and extend credit into various sectors deemed necessary by the government, such as housing.

Consistent with slower economic growth and governmental policies geared towards shifting the Chinese economic model to one that is less export dependent, investors could expect a knock on effect for the Australian economy with medium-term pressure as demand for the country's natural resource exports dry up. China is Australia's largest trade partner, accounting for 29% of its total imports. Looking ahead investors should be keen to inspect further POBC economic forecasts for 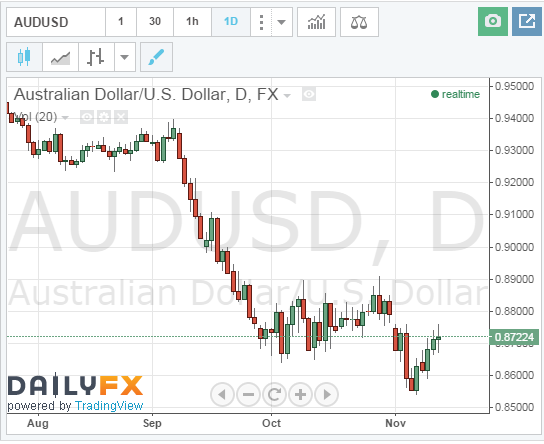