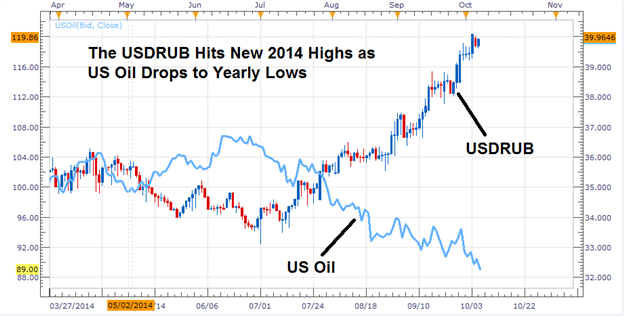 Saudi Arabia’s unilateral move to lower its sale price of crude oil may be a reflection of the general sentiment discussed at the OPEC-Russia Energy Dialogue in September, which underscored the importance of stable and predictable markets for industry and global economic well-being. Saudi Arabia’s decision to choose market share over direct profits has resulted in implications for OPEC and consequently the world oil market. Most notably, the unexpected move sent oil prices down—the OPEC basket of crude dropped to 90.33 a barrel Friday which was just above the U.S. benchmark close of 89.70.

The Organization of Petroleum Exporting Countries (OPEC) was founded in 1960 to coordinate and unify petroleum policies among member countries with the aim of maintaining an efficient market characterized by fair prices and a regular supply. The validity of the organization depends upon the member nations’ willingness to coordinate the timing and amount by which the commodities pricing and production will change. Thus, the intergovernmental organization’s largest contributing member’s decision to act autonomously raises question to the stability of OPEC in the future as the risk for additional countries to drop or further drop prices increases.

It is likely that OPEC decisions will continue to drive crude oil prices as member nations Saudi Arabia and Venezuela have the two largest proven crude oil reserves worldwide and currently OPEC accounts for 81% of total world oil exports and 43.4% of world production. While counties in the Asia Pacific Region, the destination for the majority of Saudi Arabian oil exports, may benefit from a drop in oil prices the following Countries may face negative ramifications due to reduced prices:

Behind Saudi Arabia, Russia is the world’s second largest exporter of crude oil. In 2013 production increased by 1% to reach 10.146 million barrels per day. With petroleum and natural gas accounting for roughly 28% of GDP any drop in oil prices could hinder GDP growth and consequently the value of the Ruble.

Daily Chart: USD/RUB Against US Oil

As Western Europe’s largest producer and exporter of oil, Norway can attribute 23% of GDP to the sale of oil and gas. The oil and gas industry also attracted $35.6 billion worth of investment last year, up 0.6% from 2012. With production rates already declining, further suppressed oil prices have the potential to negatively impact both the investment and net export portions of GDP and subsequently the value of the Krone.

Daily Chart: USD/NOK Against US Oil 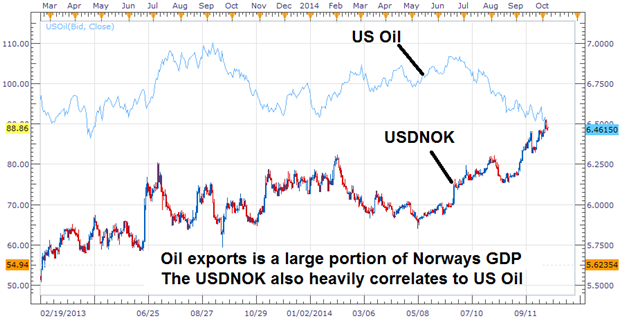 Canada is North America’s largest exporter of oil, averaging 2 million barrels per day. With energy accounting for 56% of natural resource assets, a fall in the price of oil could significantly reduce this key sectors contribution to GDP and successively the value of the Canadian Dollar.

Daily Chart: USD/CAD Against US Oil 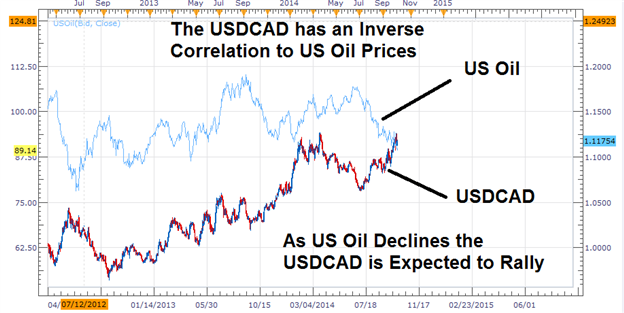 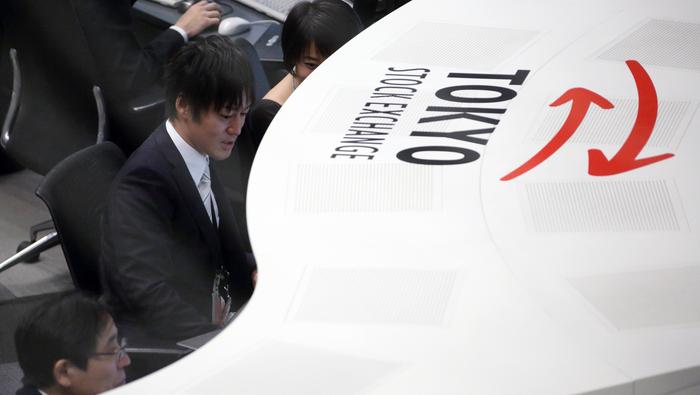