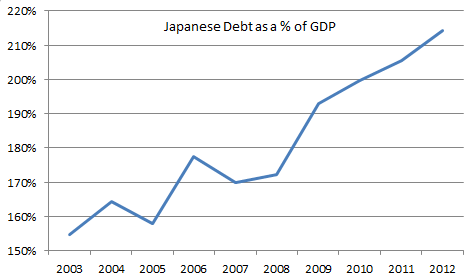 THE TAKEAWAY: Japan National CPI sees pick up in price trends > Offers some evidence that BoJ’s stimulus program may be working as intended > USD/JPY Edged higher

The Japanese Yen traded lower against the US dollar as Japan released data showing signs that the Bank of Japan’s massive easing program is actually working. June’s National CPI printed the first positive reading since May 2012 at 0.2 percent year over year to beat expectations for 0.1 percent. The core figures, which exclude food and energy, also beat expectations at -0.2 percent to show an improvement from the prior -0.4 percent reading.

This modest pickup in price trends offers some evidence that BoJ Governor Kuroda and Japanese Prime Minister Shinzo Abe’s economic and monetary policies are having their intended effect. Through buying 60 to 70 trililon yen in government bonds annually, the Bank of Japan hopes to achieve a 2% inflation target within the next two years. With Abe’s party winning a coalition majority in the July parliamentary elections, fiscal policy changes to rid the country of its enduring deflation and stagnant growth will likely begin in the coming months. Such measures could move JPY lower against USD. However, this round of improved data could put the BoJ in a position to revise its economic policy. The next monetary policy meeting is on August 7 and July minutes are scheduled for release on August 18.

The stakes are high for the Japanese economy; while inflation is much needed, it may have huge implications for the Japanese bond market. Indeed, 10-year government bond yields fell 1.45 percent after the CPI release but quickly recovered, which could indicate pressures against Japan’s public debt. Some estimate Japanese debt-to-GDP ratio is currently at 250 percent, an unsustainable debt load and the highest in the world.

With the highest debt to GDP ratio in the world, Japan must grow or face the music.

Price action after the release corrected lower resulting in the pair remaining relatively flat at the start of the Asian session. Looking ahead, next week’s FOMC meeting will likely be highly influential for the pair. As investors weigh their expectations for monetary policy on the Federal Reserve’s rhetoric. Comments perceived to be dovish could move USD/JPY lower while any indications toward reducing its easing program could strengthen the pair. However, Board members are likely treading with caution ahead of the crucial NFPs release next Friday. 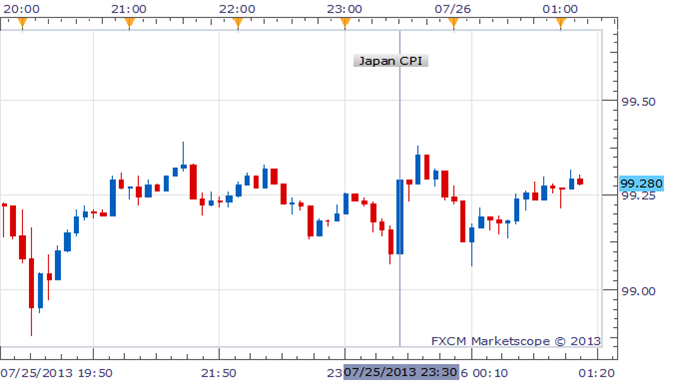