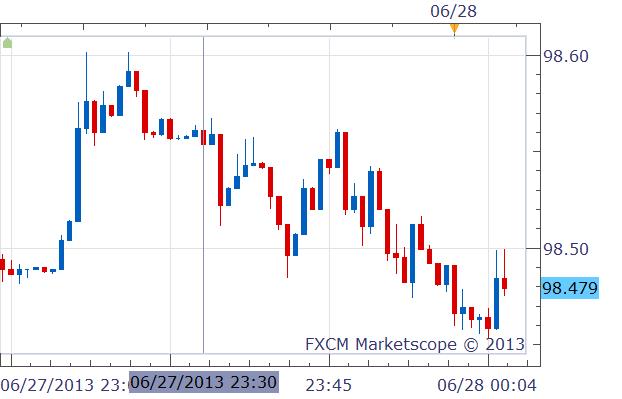 The Japanese Yen edged higher as Japan released a slew of economic data that showed early signs that the Bank of Japan’s unprecedented stimulus regime is paying dividends. May’s National Consumer Price Index printed a year-over-year (YoY) reading of -0.3%, to beat expectations of -0.4%. So-called core figures – excluding energy prices) also improved – from the prior period with a flat reading (0.0%). This is a gradual improvement, but further pulls the economy up from its worst contraction in prices in three-years.

Other released data include an unchanged unemployment rate of 4.1% - the lowest level since October 2008 – a strong 2.0 percent increase in industrial production and 1.5 percent increase in retail trade. Disappointing was the -1.6 percent contraction in household spending.

Altogether, the pickup in price trends offers very early evidence that BoJ Governor Kuroda and Japanese Prime Minister Shinzo Abe’s economic and monetary policies are having their intended effect. Mr. Abe is looking for support in next month’s parliamentary election where a party win could allow further economic reforms which could move JPY lower against USD. For the market, the top concern is whether the central bank will maintain pace and potentially upgrade their efforts to accelerate the path to inflation and steady growth. This round of data likely tempers the immediate need for more. The next BOJ meeting on monetary policy is on July 10-11, and the election takes place on July 21.

Today, three Federal Reserve officials spoke on keeping the Fed’s September taper track, and four more are scheduled to comment in the coming hours. Speculation on Federal Reserve economic policy could fuel further unwinding of carry trades that push the Dollar against the Yen. However, a clear direction in risk sentiment has been stubborn to materialize. 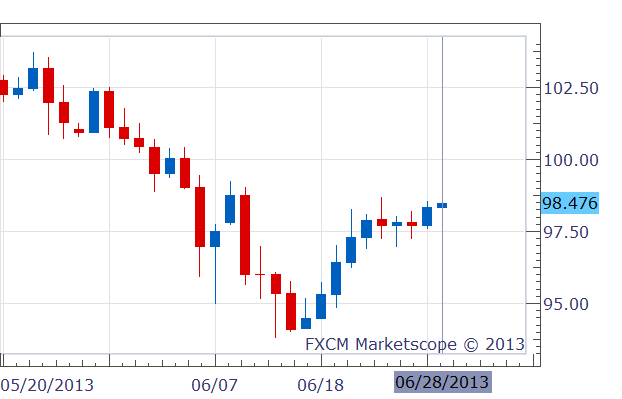