Although higher yielding currencies and risk-correlated assets were mostly lower in the overnight, the real story is what’s going on with the Japanese Yen. Since the Bank of Japan announced it will inject another ¥10 trillion into the markets on Tuesday, the Yen is down over a percent a half against the U.S. Dollar. With the intervention coming ahead of the USDJPY breaking its all-time lows, it is clear that Japanese finance officials are taking a more preemptive stance in devaluing the Yen. This move has paved the way for a sustained rally by the USDJPY over the course of 2012, with my year-end target currently at 90.000.

Elsewhere, the situation in Greece may be getting worse behind the scenes, despite whatever hyper-bullish rhetoric European policy makers continue to spoon feed the markets. As opposed to taking what leaders say at face value, I believe it is more important to take note of the shift in attitude over the past few months. For example, for most of 2011, Euro-zone politicians stated that Greece leaving the Euro-zone was not even a possibility; then in late-October, German Chancellor Angela Merkel and French President Nicolas Sarkozy both acknowledged that it was a possibility for Greece to leave.

Yesterday, Greek President Karolos Papoulias blatantly attacked the Euro-zone core – the group tasked with saving Greece – saying, “Who is Mr Schaeuble to insult Greece? Who are the Dutch? Who are the Finnish?” This infighting is not to be taken lightly; the renationalization of Europe would result in a politically fractured continent and the breakup of the Euro-zone. For those that disagree, the cultural heterogeneity of the region will make it impossible to have sustainable peace over the long-term, and that a unified and peaceful Europe is an outlier in the grand scheme of human history.

Overall, the Australian Dollar was the top performing major on the day, boosted by the stronger than expected labor market reading. Still, with the U.S. Dollar taking second place, at the time this report was written, it’s clear that demand for liquidity is starting to heat up; with the Japanese Yen effectively in a free fall, the U.S. Dollar is the next best option. The Yen was the worst performing major on the day, down nearly a percent against the Greenback. Overall, the Japanese Yen has been the worst performing currency this year, falling 2.42 percent this year against the U.S. Dollar. 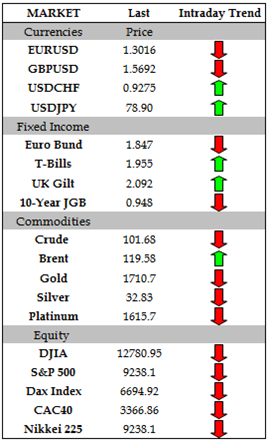 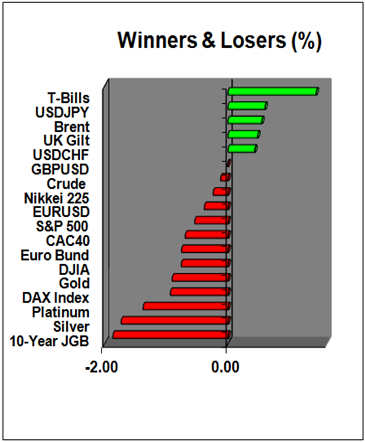 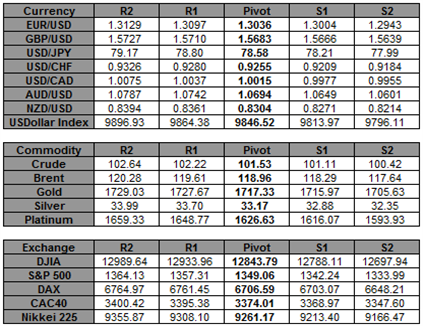