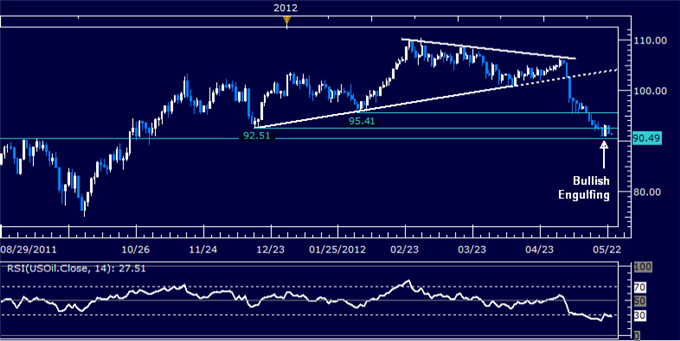 Commodities Tumble Along with Stocks Before EU Leaders Summit

Commodities are sinking in early European hours as risk appetite evaporates ahead of today’s EU leaders’ summit. Traders are pondering an endgame to the latest debt crisis flare-up that may include Greece’s exit from the Eurozone, an unprecedented outcome with no clear-cut benchmark for its implications for the financial markets. Sentiment-driven crude oil and copper prices are following shares lower while gold and silver face de-facto selling pressure as the rout stokes safe-haven inflows into the US Dollar.

The EU sit-down is being billed as an “informal” working dinner. German officials were busy taking to the wires yesterday to pour cold water on expectations for what may emerge at its conclusion. A statement on Greece, the issuance of joint Eurobonds or any specific policy decisions in general are – according to German sources cited across the spectrum of newswires – not to be. That has left traders understandably jittery about what will in fact be accomplished.

If the German public line is taken at face value, the conversation will center on the European Investment Bank (EIB) and how it can be used more effectively to boost growth, presumably without compromising deficit-reduction efforts. If that is indeed the case, disappointed selling seems likely to descend upon the spectrum of risky assets.S&P 500 stock index futures are pointing decidedly lower, hinting current trends have scope to carry forward, though the weighty event risk ahead means things can change very rapidly in the coming hours.

Follow-through failed to materialize after prices completed a Bullish Engulfing candlestick pattern yesterday and took out resistance at 92.51, a former support marked by the December 16 low. Crude has now slipped back below that level, exposing horizontal pivot support at 90.49 once again. Still, the Bullish Engulfing remains valid absent a daily close beneath its low at 90.90, leaving the door open for a rebound. A break back through 92.51 targets the February 2 low at 95.41. 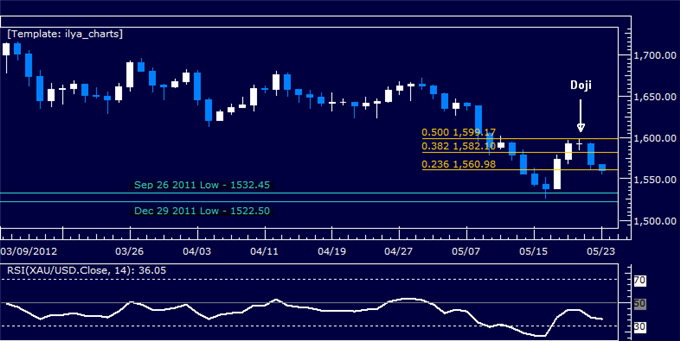 Prices are reversing lower from resistance at 28.70, with sellers once again aiming to challenge support at support at 27.06. A break lower exposes the 26.05-15 area. Alternatively, a reversal back through resistance on a daily closing basis targets the next upside barrier at 28.70. 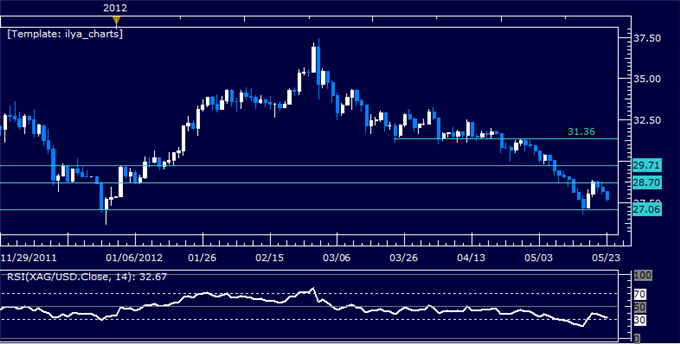 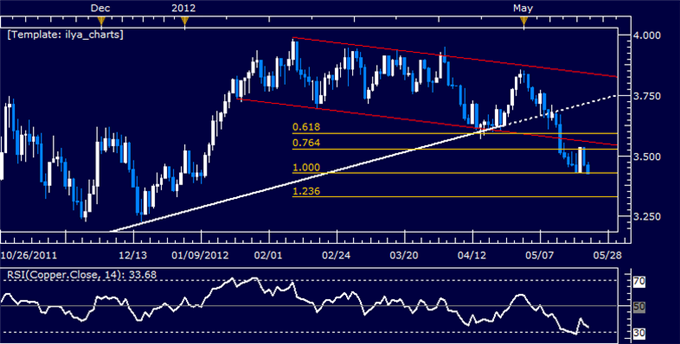