Though SP 500 has rallied, it has merely reached the underside of a broken trend line. The spike low on USDJPY may initiate a multi-year rally.

The video above is a recording of a US Opening Bell webinar from January 7, 2019. We focused on the Elliott Wave patterns for key markets such as SP 500, NASDAQ, Gold, Silver, USDJPY, NZDUSD, AUDUSD, EURUSD, and DXY.

S&P 500 has rallied for the past week but only to the underside of this Elliott wave trend line. Therefore, S&P 500 is ripe for a continued fall. Some wave relationships show up in 2200, but the potential remains large for a visit to 1800 which represents the previous fourth wave. 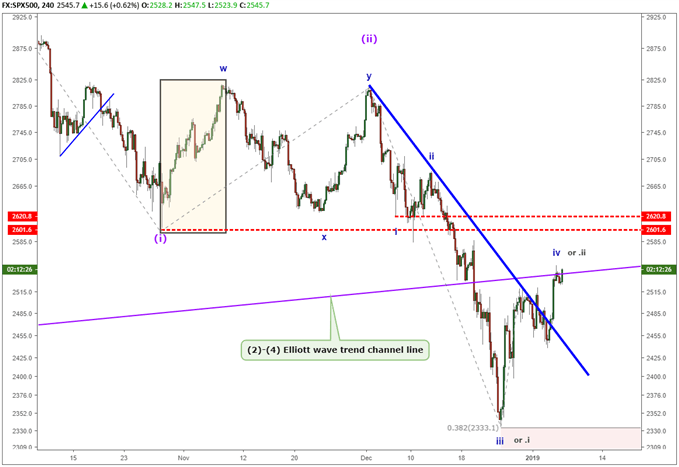 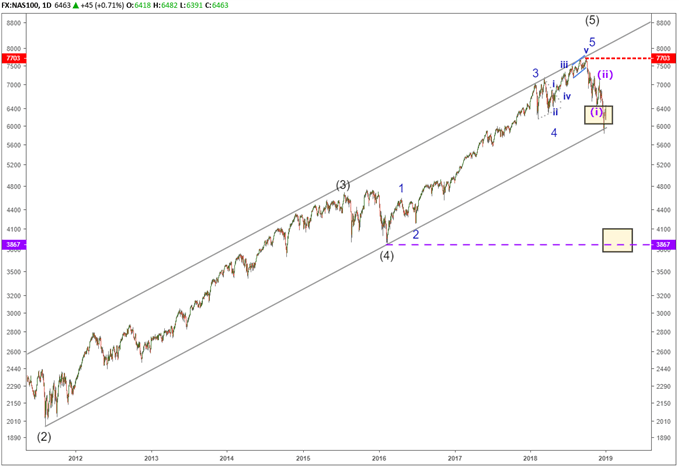 USDJPY May Have begun a multi-year rally in January

After the flash crash occurred last week on the Japanese Yen, levels were breached in USDJPY and EURJPY for us to consider the three year triangle pattern in USDJPY was over and a bull rally may begin.

Price action barely held above the March 2018 low. Many times, an Elliott wave triangle ends with a brief breach of the trend line connecting the ends of waves A-C. The price action from last week fit this bill. So, the longer term up trend in USDJPY out to be respected so long as prices remain above 104.70. 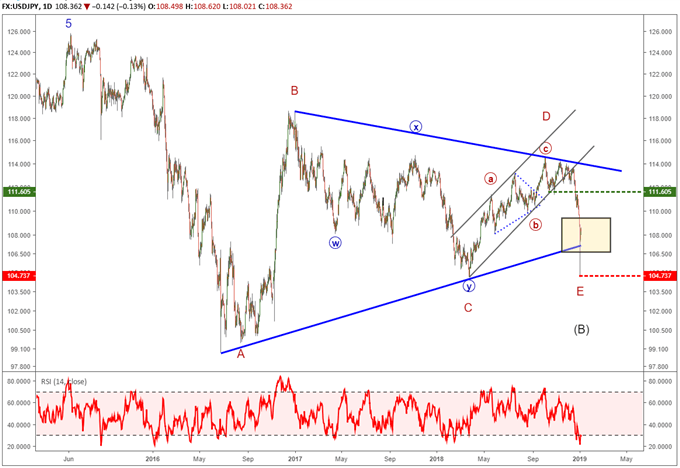 Back in late August, we forecasted a gold rally to $1280-$1320. There were two different triangle scenarios we were following, and both of those scenarios pointed towards this price range. Now that the waves have developed and with gold reaching our target levels, the structure of the waves suggest the rally is incomplete. Look for another rally to push higher even if gold prices dip into $1250-$1260.

With the gold to silver ratio still near multi-decade extremes, we feel the potential remains high for silver to outperform gold. Silver’s Elliott wave analysis suggests its rally is incomplete too and a bump to $17 and possibly $19 may be in store.

How to trade silver 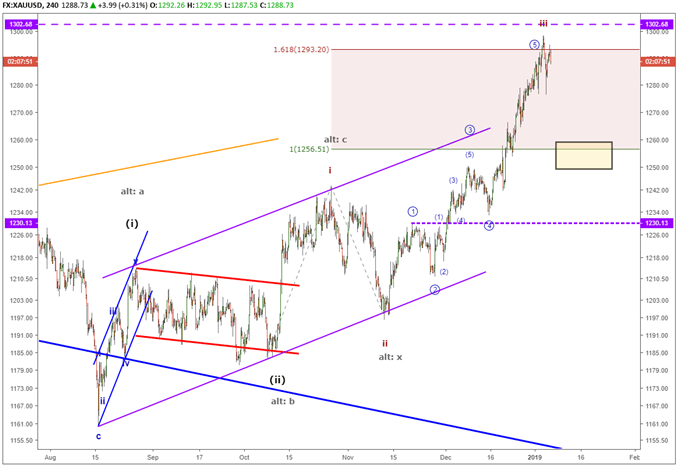 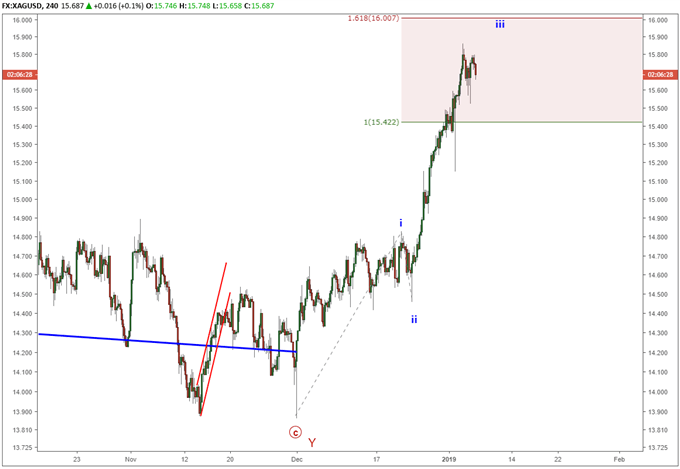