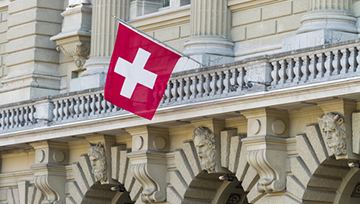 EUR/CHF Surge Revives the Tradability of The Swiss Franc Crosses

Though a considerable amount of the market's attention was paid to the growing strain on the beleaguered Dollar and the shudder in risk trends through the S&P 500 and VIX, there was a far more remarkable move in the financial system - and from one of its least expected corners. EUR/CHF posted an incredible four-day charge through Friday to secure one of the strongest weekly performances for the pair - outside of the implementation and failure of the SNB's infamous policy 'floor' - in decades. In turn, this rapid climb has pushed the exchange rate to highs not seen in nearly 18 months which also continues to close the gap created after the shocking January 15, 2015 policy failure. Given the market's predisposition to chase volatility, this may seem like an ideal trade opportunity itself, but this pair may be more risk than it is worth. However, this particular exchange rate's surge can generate significant opportunities amongst the other Franc crosses.

To better assess the opportunity that follows this exceptional volatility, we need to establish the motivation. That is unclear. The Swiss currency has found most of its activity level and bearing these past years from the Swiss National Bank's (SNB) influence. It is a fair question to ask whether the current tumble from the currnecy - rally for the crosses - is driven again by the policy authority. That is difficult to determine as they have not announced an explicit campaign. However, when we look back at their efforts over the past decade, it has been clear that their efforts have not resulted in the desired effect on the exchange rate or local economic measures. Why would it be any different now? This time around, there is a speculative drive as we close a technical gap; and more importantly, the the market has fueled aggressive speculation of an early view of a change in tack from the ECB's policy bearings. The Euro-area's policy efforts have defined the efforts - and undermined the effectiveness - of the Swiss authority's program.

Moving forward, the EUR/CHF is a crucial factor in the trading potential surrounding the Swiss Franc. That said, the benchmark pair itself doesn't present an appealing trade opportunity. It is profoundly influenced by the ECB's efforts which are being heavily speculated upon. Further, the SNB has a history of lashing out on this pair in particular attempting to exert influence. That said, with the EUR/CHF starting to show greater volatility and even trend, there is more opportunity to see free and unique movement from Franc crosses like USD/CHF, CHF/JPY, CAD/CHF and GBP/CHF. These pairs have essentially traded as a mirror to its more liquid Euro counterparts (EUR/USD, EUR/CHF, EUR/CAD and EUR/GBP respectively). As the EUR/CHF continues to exhibit wider ranges and more significant volatility, there is more unique movement to be found in the crosses. We discuss the shift in opportunity behind the EUR/CHF, the Franc and its crosses in this weekend Strategy Video. 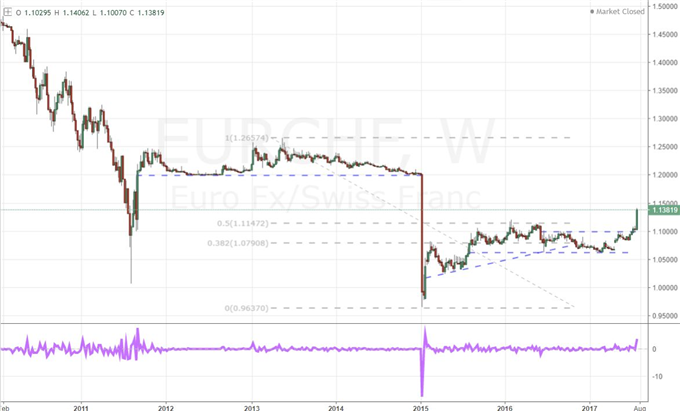 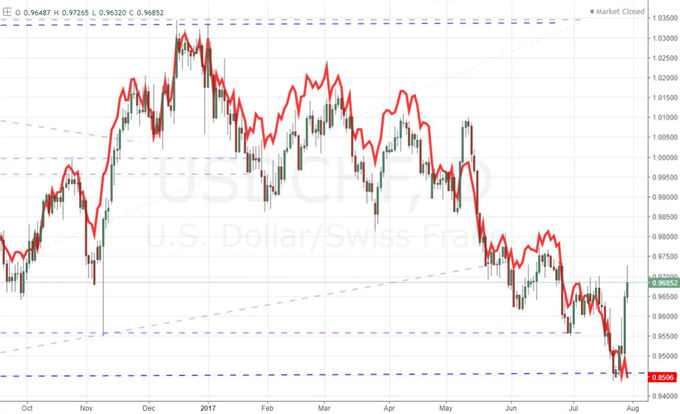 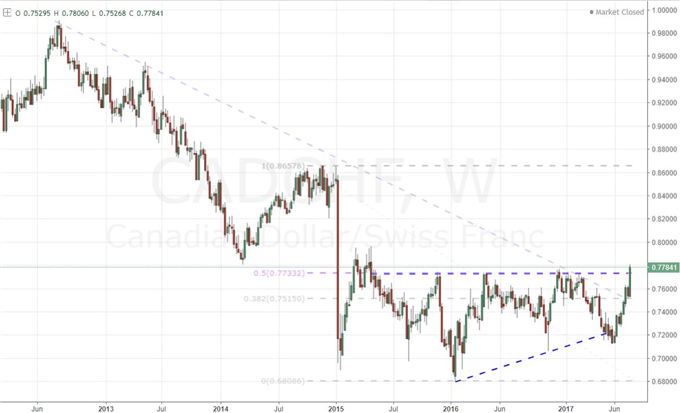