Are the EUR/USD, GBP/USD, USD/JPY and other majors aligning to the key fundamental themes and technical levels DailyFX Analysts scoped out in their 3Q forecasts? Download those projections to see what will keep control of the markets.

The opening session of this trading week was no slouch for meaningful event risk. A theme emerged in a global context around economic growth. Though the key, government GDP figures for the second quarter are due later in the week, the July PMI figures offered a timely update in the standings for economic footing. This month's readings seemed to buck the trend with the US showing an improvement in its composite reading while Europe and Japan saw their figures deflate. Yet, adding another dimension this economic update, the IMF produced its own World Economic Outlook (WEO) update to very different findings. An improved forecast was offered up for Japan, France, Italy and Spain; but the US and UK saw cuts. Brexit is an known unknown quantity for the United Kingdom; but the downgrade for the United States carried a little more bite. The motivation for the adjustment reflected a theme that is starting to unnerve speculators: doubt that the growth and business friendly agendas proffered by the Trump administration (tax reform and infrastructure spending) would get off the ground.

As important as growth is fundamentally, it hasn't registered as a key driver from the speculative viewpoint for some time. It would be particularly difficult to rile the market with the knowledge that the official 2Q GDP readings from the US, UK and certain Euro-area governments are due later in the week. Another traditional fundamental source that has been struggling for traction is earnings in the equity market. After the close Monday, tech-giant Google reported a better-than-expected performance despite a sizable regulatory bill that was paid to the EU. That is the second of the FAANG group to post strong numbers, and there are two others that are due to report later this week: Facebook Wednesday and Amazon on Thursday. If we measure the risk to be the greatest with the strongest performing players in the system, then we should watch these figures closely. Where the S&P 500 has led most 'risk' assets, the tech sector has outpaced the broader market and the FAANG is further the concentration of market cap for that overall sector. Despite the headlines, the risk backdrop is still uneven and generally lacking conviction. The S&P 500 is just off record highs, other indexes are trailing and the VIX has spent an eight day below 10.

Looking ahead, anticipation is still heavy in the market. The FOMC rate decision on Wednesday in particular is an event that discourages hasty trades that may otherwise meet a bare minimum qualification for entry. That does little to promote momentum or reversal for pairs like EUR/USD, AUD/USD, NZD/USD or USD/CAD which seem well positioned for more activity. That said, there are some speculatively stretched currencies and/or pairs that may offer opportunity with the right technical development including: EUR/CAD, GBP/NZD, NZD/CAD, NZD/JPY, CAD/JPY, EUR/JPY and CHF/JPY. For event risk ahead, we are essentially biding time until the heavy-hitting events through the second half of the week. However, sentiment surveys for China, Germany, the UK and US will touch upon important fundamental concerns. In particular, the Conference Board's US consumer confidence survey will hit upon themes that will interest economists, Fed officials and speculators tracking confidence in the Trump administrations' key policy commitments. Another imprecise update to be mindful of is the IMF's Financial Stability Report that usually follows the WEO. Given broad concerns over protectionism and a growing concern among central bankers over excesses in the financial markets, this report should not be overlooked. We discuss event risk and market movement in today's Trading Video. 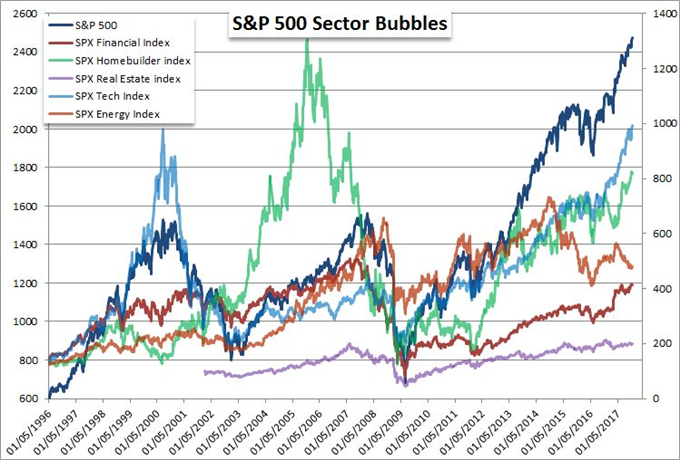 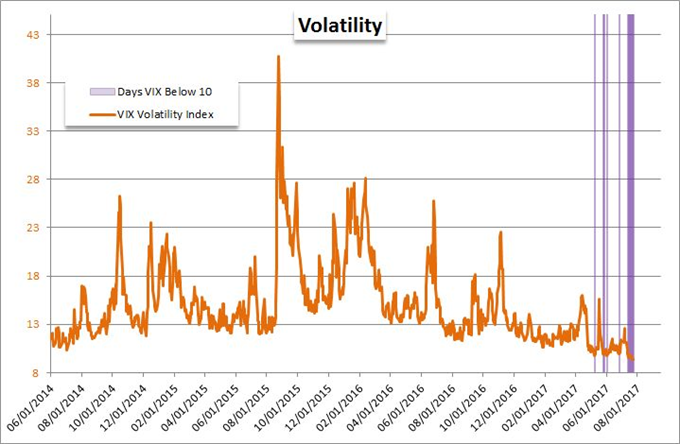