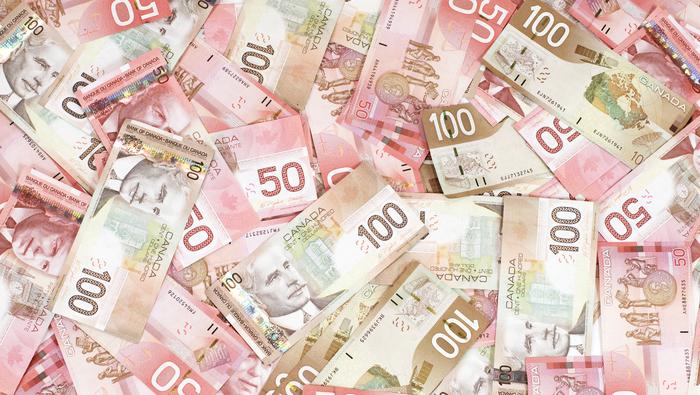 US Dollar strength has taken over in the FX market and USD/CAD is no different. I started to look into CAD continuation scenarios in early-November, partially due to the continued strength showing in the Greenback.

A week later, USD/CAD had broken out to the upside, putting in another step of trend continuation in the bullish move with a fresh higher-high and higher-low.

The week after that saw an explosive move in the pair, helped along by a 6.2% inflation print out of the US. But, even then, USD/CAD appeared as though there was more room to run, and I continued to follow the setup for bullish continuation scenarios with another breakout setup brewing just last week.

That breakout has since cleared and USD/CAD is now trading at a fresh monthly high, catching resistance for the recent higher-high at the 23.6% Fibonacci retracement of the same major move that’s been providing levels to monitor the move higher, shown in red below. At this point, there’s near-term support potential around 1.2662, with the prior zone of resistance around 1.2621-1.2632 as a secondary spot of support potential.

I’ve been following this one for some time, s tarting to pose the question in late-October as to whether or not it was time for pullback in the incredible Yen trends that drove in early-Q4 trade.

As the pullback in CAD/JPY began, it took on a rather orderly tone, with a bearish trend channel highlighting pullback from the high. That channel remains in place today, and prices in the pair are finding support off of the psychological 90 level, keeping the door open for bullish continuation scenarios.

For those looking for long-CAD exposure, this may be a more amenable backdrop than what was looked at above, where CAD has been overrun by USD strength over the past month. Also in that neighborhood is a 38.2% Fibonacci retracement of the recent bullish move, further pointing to bullish continuation potential in the pair.