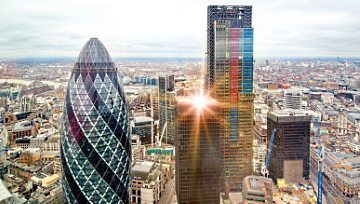 - GBPUSD remains in the descending triangle formation and prices have continued to hold resistance around last week’s highs, taken from the 38.2% retracement of the ‘Brexit move’ at 1.3117.

- GBPUSD has been digesting in this formation for over a month now after setting a fresh high on March 13th. But the GBPUSD support zone around the 1.3000 psychological level has continued to hold the lows, leading to a descending triangle formation.

As a number of FX markets continue to coil, the British Pound has not been immune. The chaotic month of March has led into a digestion type of start for April trade in the currency, and against the US Dollar, GBPUSD continues to coil deeper within a descending triangle formation.

As looked at a couple of weeks ago, a revisit to the key support zone in GBPUSD that runs from 1.2962-1.3000 re-opened the door for topside strategies; and prices in GBPUSD spent most of last week working-higher, eventually finding resistance at a Fibonacci level at the price of 1.3117. This is the 38.2% retracement of the ‘Brexit move’ in the pair, and since last Tuesday – this has marked near-term resistance in GBPUSD.

Taking a step back, and GBPUSD remains in the descending triangle, with the 1.2962-1.3000 zone hold the lows that have printed since late-February. Resistance is coming from a descending trend-line taken from late-March swing highs. Such a formation will often be approached in a bearish fashion, with the expectation that the same motivation that’s driven in sellers at lower-highs will, eventually, carry-through for a breakdown below horizontal support.

GBPUSD Retail Sentiment: Retail Betting on a Hold of Support

Retail traders are continuing to hold a net long position in GBPUSD, with the two out of three retail traders holding long positions in the pair. This is likely driven-by an expectation for the support inflection from a couple of weeks ago to continue to hold.

But – retail positioning is often looked to as a contrarian indicator, begging the question, is GBPUSD nearing a breakdown below support? 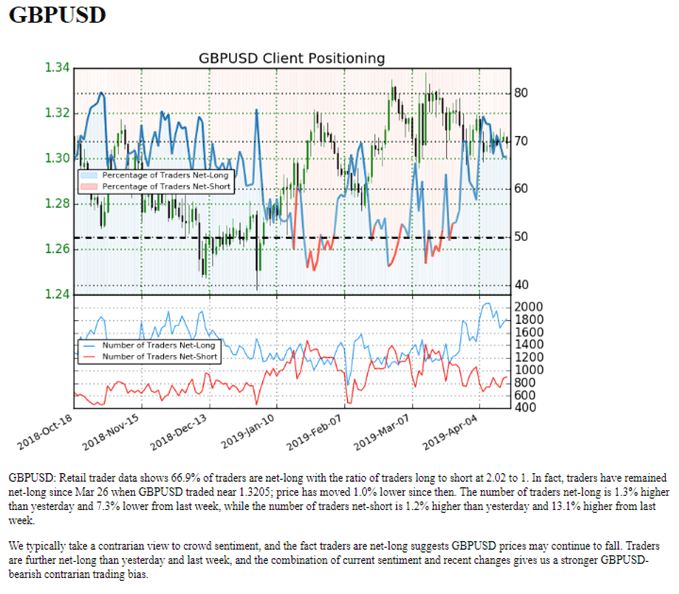 At this stage, the descending triangle pattern is likely well-known. Meaning traders should stay vigilant for false breaks, and as looked at in this week’s FX Setups, price action in GBPUSD could technically break-above the descending trend-line while continuing to carry a bearish posture. This places emphasis on the zone of resistance potential that’s held the April highs. This comes from a confluent area on the chart from 1.3181-1.3187, with the latter of those prices functioning as the 23.6% Fibonacci retracement of the 2014-2016 major move in GBPUSD. A hold of resistance at-or-around this level keeps the door open for short-side approaches.

For those looking at bullish strategies in the pair, traders would likely want to await a break-above 1.3200 to move-forwards with confidence that bulls are taking the reins. Alternatively, a revisit to and hold of support around the 1.2962-1.3000 zone could re-open the door for continued mean-reversion.