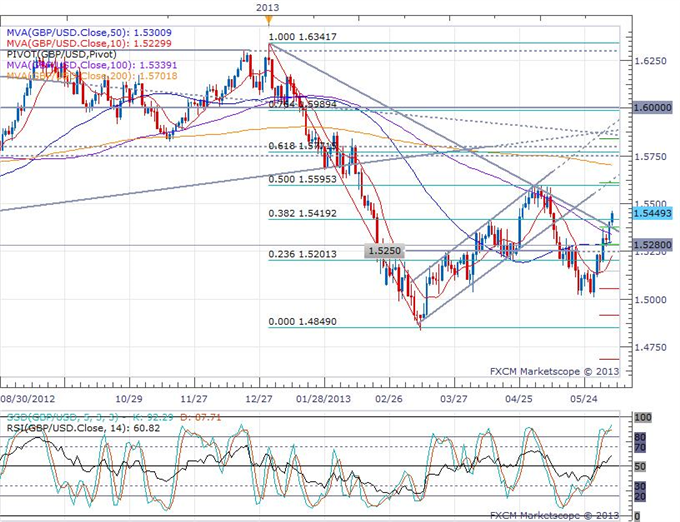 The Bank of England kept its asset purchase target and target interest rate unchanged at 375 billion Pounds and 0.50% respectively in its June meeting, thereby meeting analysts’ expectations. The quantitative easing program has been unchanged since July of 2012, and the interest rate was last cut in early 2009.

BoE minutes from previous meetings revealed that Governor King and two other Monetary Policy Committee members voted to raise the asset purchase target in the last three meetings. However, recent PMI releases have indicated improving economic performance and the UK inflation rate remains above the BoE’s 2% target, which may have discouraged the central bankers from adding to stimulus.

Next month will be the first the Bank of England meeting with incoming Governor Mark Carney at the helm. There is some speculation for the former BoC governor to push the central bank in a more dovish direction than his predecessor.

The Pound rose slightly following the as-expected stimulus hold, and GBP/USD continues to trade above 1.5450, following the continued rally after the PMI Services beat yesterday. The pair may next see resistance by the key 1.5500 figure, and support may continue to be provided at 1.5250.