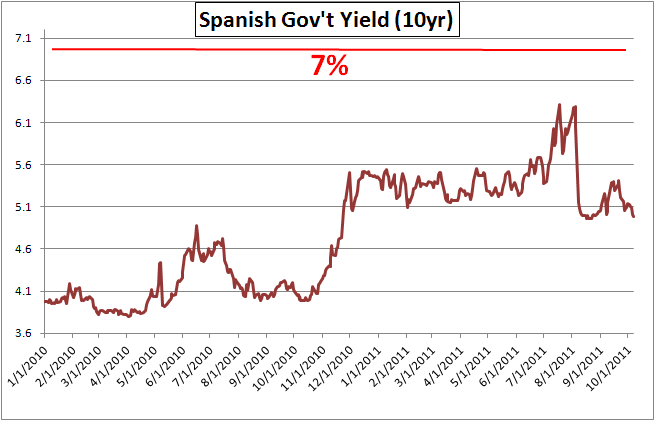 Fitch Delivers Second Downgrade of the Day to Spain

Just when it seemed that fear surrounding the spread of the European crisis was easing; another ratings agency has stepped into remind the masses of the consequences of the burgeoning financial troubles. And, considering the euro was just starting to stabilize under the pressure of a pervasive crisis; the impact to the markets would be significant.

Shortly after announcing the downgrade of the Italian sovereign rating from ‘AA-’ to ‘A+’ (a one-notch move); Fitch announced that it had also downgraded the Spanish rating by two notches from ‘AA+’ to ‘AA-’. Though Italy is the larger economy and arguably more important to the region’s financial stability; it was the Spanish move that was the greater market mover. When we look at susceptibility to the growing EU crisis; Italy is further away from falling off the same cliff that Greece, Ireland and Portugal have already pitched over. But where the markets are concerned, the Italian cut was buffered because the country was already downgraded by Moody’s – and that reaction was tempered.

In comparison, this is the first Spanish downgrade in some time; and this EU member is far closer to the fire than many others. In addition to the announced downgrades, Fitch went on to project growth below 2 percent through 2015 and that the nation’s debt-to-GDP ratio would peak at 72 percent in 2013. And, though they kept the outlook ‘negative’ the agency noted that sovereign solvency was secure and that the response to the country’s troubles was both aggressive and credible.

For the shorter-term, euro traders will see whether this is a fear inducing event. If concern that the sovereign is worsening and will thereby destabilize the underlying financial system; the euro will once again tumble on the risk aversion and region-specific concerns that come along with the event. That said, this is the end of the week; and the announcements come while investors sentiment was advancing. The real impact will come more through the medium and long-term. Should Spain hit that magical 7 percent level where the need for a bailout is seen (Greece, Ireland and Portugal were all bailed out not long after crossing that threshold); then we will see a new phase in the sovereign side of this crisis. 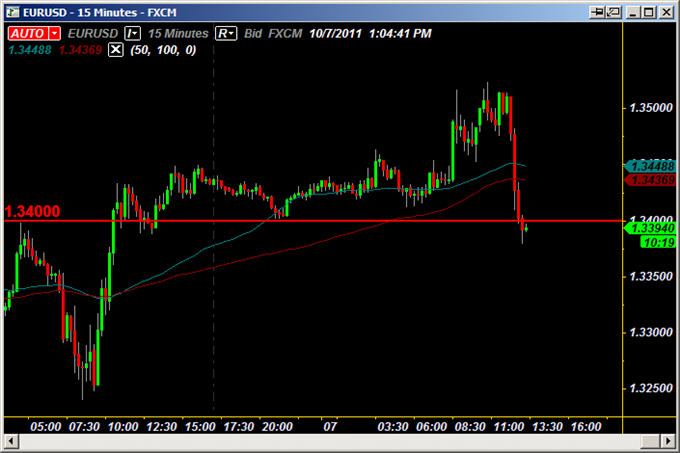