Data was sparse in the overnight, but the Reserve Bank of Australia’s March rate decision provided more than enough ammunition to spark volatility midway through the Asian session. Headed into the policy decision, Credit Suisse Overnight Index Swaps pointed to a near-50.0 percent chance of a rate cut at the meeting. And although there was no rate cut (held at 4.25 percent), the RBA’s increasingly dovish stance was enough to spur market participants into the European and North American currencies and out of the Australian Dollar.

The Aussie’s woes are being compounded by forces home and abroad. At home, the Australian housing market continues to struggle (the bubble is currently deflating) and the labor market continually underperforms expectations set forth by economists. Inflation appears to be tapering off as well, and RBA policy makers made it evident that they would reconsider monetary policy given upcoming inflation readings. Abroad, concerns over a Chinese slowdown have buffeted any advances by the Australian Dollar over the past month; as Australia’s largest two-way trading partner, weaker Chinese growth prospects weigh on the Aussie similar to how weaker U.S. growth prospects weigh on the Canadian Dollar.

Taking a look at credit, European sovereign debt on the whole was weaker on Tuesday, led by the perennial underperformers, Greek and Portuguese government bonds. Of note, the Portuguese 10-year bond yield climbed to 11.212 percent – a very unsustainable level. Although Italian and Spanish 10-year bonds were weaker as well (yields at 5.095 percent and 5.361 percent, respectively), weakness by the German 10-year Bund (yield up to 1.815 percent) has buffered the market from a more decisive shift to safety; full-fledged risk-aversion would be noted by German 10-year Bund strength.

Overall, the U.S. Dollar has been the top performing major currency, gaining 0.45 percent against the worst performing currency, the Australian Dollar. Still, today’s price action is indicative of a consolidation if anything, considering that the majors have been tethered within a percent of today’s open against the U.S. Dollar. Similarly, while the U.S. Dollar’s gains are indicative of a flight to safety, there’s not a clear schism between the commodity and European currencies. Typically, on a risk-off day, the Japanese Yen and U.S. Dollar are the top performers, followed by the European currencies, and trailed the most by the commodity currencies. Today, the British Pound is the second worst performer, while the Swiss Franc is the strongest major next to the U.S. Dollar.

Speaking of the Franc, it is worth noting that as the EURCHF approaches the 1.2000 currency floor (currently trading at 1.2034), rhetoric from the Swiss National Bank is expected to sharpen to discourage speculators from shorting the Franc. The SNB’s acting President, Thomas Jordan, has pledged to defend the floor at “all costs” and all indications are that the SNB will have to raise the EURCHF floor at some point in the coming months, to at least 1.2500 or 1.3000 (lobbyists and politicians alike have called for a 1.4000 floor). A move to strengthen the EURCHF would consequently be USDCHF positive as well. 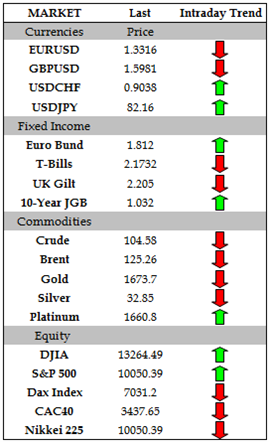 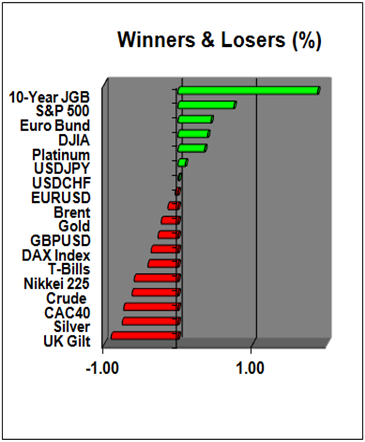 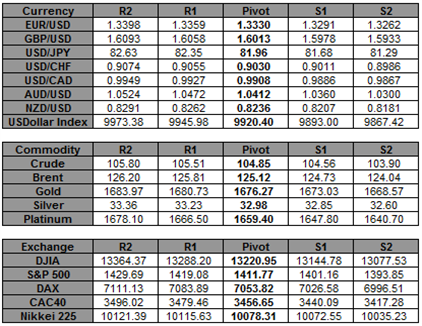