According to Elliott Wave Theory, DXY, EURUSD, and GBPUSD are in the beginning stages of longer-term bear trend as Elliott Wave impulse patterns appear.

The video above is a recording of a US Opening Bell webinar from December 16, 2019. In this session, we covered the Elliott wave patterns for markets such as DXY, EUR/USD, GBP/USD, USD/JPY, and S&P 500.

US Dollar Index in the early stages or larger correction?

US Dollar Index has weakened from last weak’s review “US Dollar Sporting Bearish Patterns”. Using Elliott Wave Theory as our guide, it appears DXY is in the beginning stages of a longer-term downtrend. The low in early November 2019 finished off the first impulsive wave labelled wave ((1)).

The initial targets in sight is around 94-95, though the potential for even lower levels at hand. The structure of the decline will tip its hand how large or a bounce to expect (if any). Longer-term, DXY might reach 80-85 while holding below 92.23. 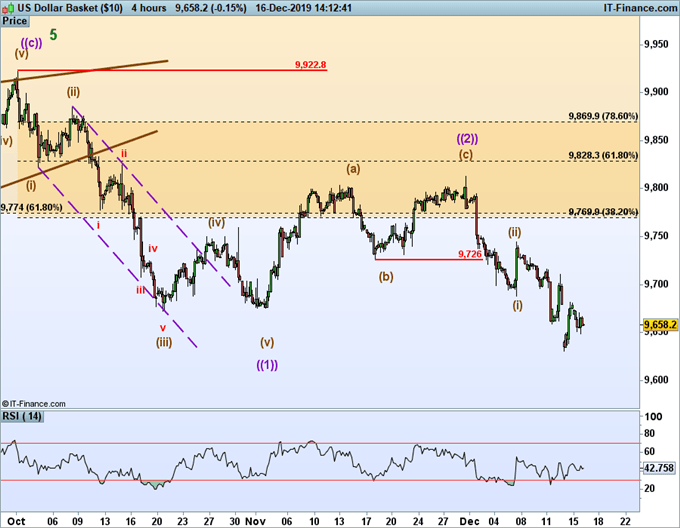 As most of the weighting of DXY is from EUR/USD, it makes sense for the EUR/USD price chart to have similar patterns to DXY. Indeed this is the case. On October 1, we issued a EUR/USD forecast for an eventual trade up to 1.18 and possibly higher levels. So far, this forecast is on schedule.

Wave (2) appears to have ended on November 29. Therefore, the current advance has an impulsive structure to it and is likely the beginning stages of wave (3). This wave (3) may carry up to 1.15 with even higher levels in focus. Additional evidence EUR/USD may be in wave (3) is if the advance accelerates or rises in relentless fashion. With the holidays coming up, that may blur this picture.

An alternative scenario is that a sideways grind for the next week may be wave 4 of (3). Either way, higher prices are still in view with EURUSD holding above 1.0880. 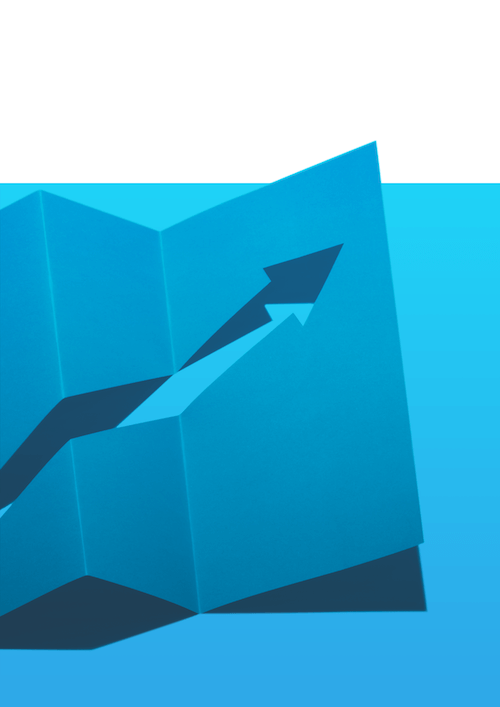 Recommended by Jeremy Wagner, CEWA-M
Learn how to interpret impulse and corrective waves
Get My Guide 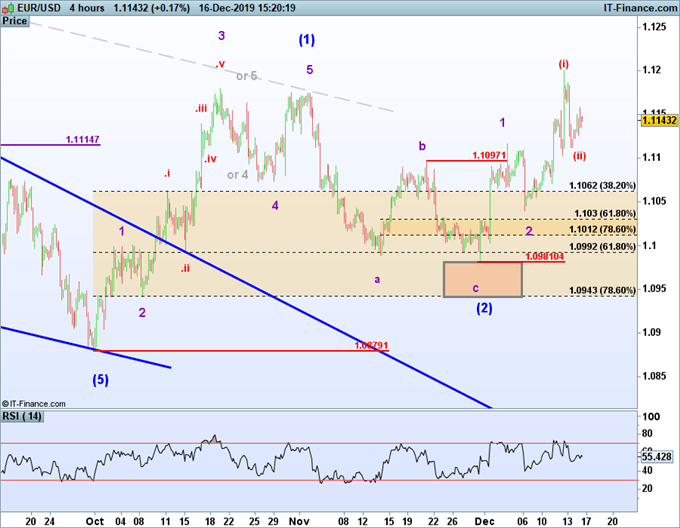 Since late October (around the 31:30 mark in the video), we have argued that the minimum waves can be counted in place for the 12 year downtrend in Cable that began in 2007. As a result, if the downtrend is over, then GBP/USD may be in the early stages of a rally that may carry back up to and possibly above 2.100. After a 12-year downtrend, a rally of that sorts would take several years with prices rising and falling along the way.

In the near-term, a smaller degree 5 wave impulse wave can be counted in place. As of the December 12 high, its pivot lower occurred at a level where wave 5 is 61.8% the length of waves 1 through 3. This is a common wave relationship for a fifth wave.

If this wave count is correct, then a dip back to 1.25-1.29 is normal and may offer bulls an opportunity to reset. Higher levels towards 1.42 may eventually be tested if a corrective dip takes place. This Elliott wave analysis is based on GBP/USD pricing holding above 1.1956. 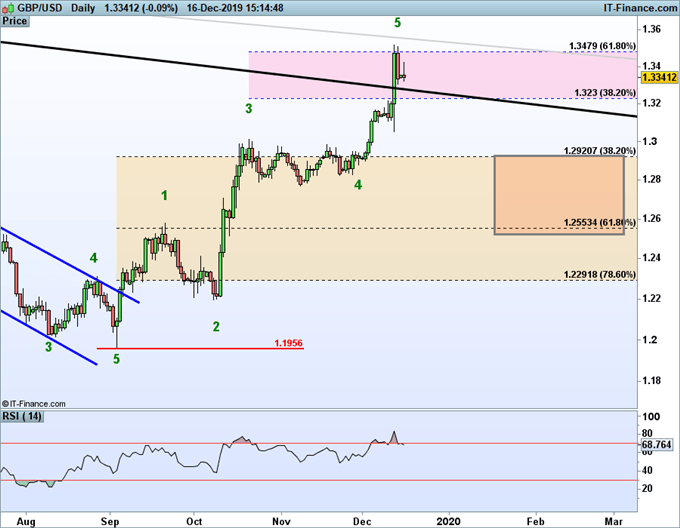