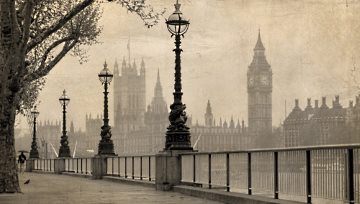 Last week saw a punishing move continue in GBPUSD as the pair pushed down to fresh four-month lows, crossing a big zone of prior support in the process. The headlines were not friendly to GBP bulls, as continued discord around Brexit increased the opacity around what’s become an acrimonious theme in global markets. And while this week brings perhaps even less clarity, as we don’t even know who will be leading the UK through Brexit; a bit of hope has developed on the long side of the British Pound, driven by an oversold reading in GBPUSD combined with the recent resignation announcement of PM, Theresa May.

At this point, GBPUSD is pushing out of oversold territory on the Daily chart. The last time this happened in August of last year, prices inclined by more than 600 pips over the next five weeks; even with the worrisome backdrop remaining around the Brexit theme at the time.

At this point, near-term price action is holding resistance around a key zone of prior support. This area has three different Fibonacci levels of note, with the 1.2671 price as the 23.6% Fibonacci retracement of the ‘Brexit move’ in the pair. The level of 1.2705 helped to hold yesterday’s swing-high, and that’s the 14.4% retracement of the 2014-2016 major move. And at 1.2721, we have the 14.4% retracement of last year’s sell-off. This zone held support in August and October of last year, only succumbing to selling pressure in December as risk-aversion themes were running at near-full blast. But, as risk recovered after the 2019 open, prices pushed back-above this key zone and have remained there until last week’s test below.

Resistance at a prior area of key support is, in and of itself, a fairly attractive observation for bearish strategies. Context, however, remains important, as last week’s test of fresh lows comes amidst an oversold situation in the British Pound that may be due for a deeper retracement. Of note, the bearish momentum that punctuated the backdrop for much of May trade has been broken. Prices appear to be trying to cauterize higher-low support.

And while this may not necessarily get GBPUSD bulls excited just yet, it may be enough to put bearish strategies on the sidelines until a deeper retracement might show. This can place emphasis on deeper resistance potential; such as 1.2825 or perhaps even as deep as the confluent 1.2900 handle, which helped to arrest an aggressive decline previously in April. That area syncs well with the 50% retracement of the May sell-off, so if prices do break above that key zone on the chart, bullish backdrops may become a bit more attractive.