Theresa May Resigns as PM

It's official: Theresa May has announced her resignation as UK prime minister, which will trigger new Tory party leadership elections (and potentially a general election). The news comes just as the European parliamentary elections are getting started, which could very likely see a pro-Brexit party serve as the UK's largest representative bloc entering the new term.

Former British Foreign Secretary Boris Johnson has become the clear favorite to replace May as both Tory party leader and prime minister. For many traders, that would be a strong signal to sell the British Pound as he is widely seen as a hard-line Brexiteer who would take the UK out of the EU without a deal. 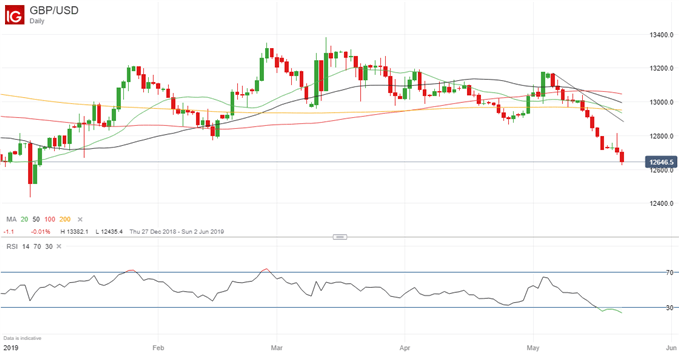 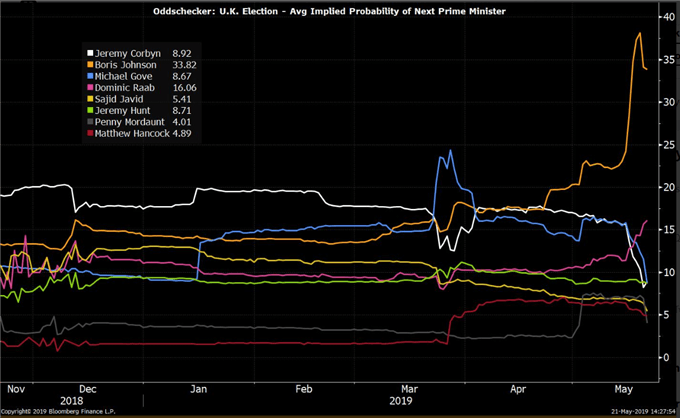 According to the Oddschecker website at the time of writing, many betting companies are now quoting Johnson at 2/1 to take over from May. Here are the approximate odds on her other likely Conservative successors: