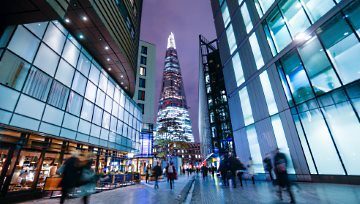 It’s been a brutal two-week stretch for the British Pound. Against the US Dollar, the currency has shed as much as 500 pips from the highs set earlier in May. That carnage was especially noticeable last week, as GBP/USD sold off each day to close the week around 1.2717 despite opening the period near the 1.3000 psychological level.

And given the drivers, it’s very easy to be bearish on the currency at the moment: A recent large move has been supported by growing opacity around an already opaque situation of Brexit and, at this point, we still don’t know who is going to lead the UK in the coming months as PM Theresa May has come under fire. Rumors abound that a resignation is imminent, and odds markets have started to favor Boris Johnson, a noted Brexit supporter that may not have as many qualms as Ms. May about leaving the EU without a deal.

Coming into this morning, Cable was already very weak with RSI on the Daily chart having moved into oversold territory. The 1.2671 price lurked below, as this is the 23.6% Fibonacci retracement of the ‘Brexit move’ and a level that had elicited strong bullish reactions in both August of last year and January 2019.

GBP/USD: More Pain to Follow, or ‘Sell the Rumor, Buy the News’?

Markets generally abhor uncertainty, and that’s somewhat of the situation that’s present around the British Pound and the UK at the moment. But, given the backdrop and the fact that Ms. May’s tenure as PM hasn’t went very smoothly, there may be a scenario of ‘sell the rumor, buy the news’ taking place, where markets exhibited a form of capitulation earlier this morning as it became clear that Ms. May’s time at 10 Downing Street may be soon winding down.

From a technical perspective, the backdrop exists to support reversal scenarios, particularly if today’s Daily candle closes above the 1.2671 Fibonacci level. Also in this region are a couple of shorter-term levels of interest: the 76.4% retracement of the 2019 major move, taking the January low up to the April high, exists at 1.2664 and the 78.6% retracement of the same move is at 1.2643. Combine this with the RSI divergence that’s started to show on the four-hour chart, and GBP/USD bulls may have a valid case to support reversal themes.