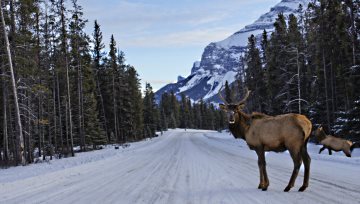 Why do a majority of traders lose? Find out in our traits of successful traders research.

Previously, we wrote how any weakness in USD/CAD may prove to be temporary. The price action since then has driven the market into a sideways consolidation, which continues to support an eventual bullish breakout. Since the market is currently sandwiched between two holidays, we may have to wait until the New Year for the market to break out.

Sideways ranges can be difficult to pinpoint from an Elliott Wave perspective. However, since we are consolidating sideways after a large run higher, this provides a hint that the next wave may breakout above resistance. 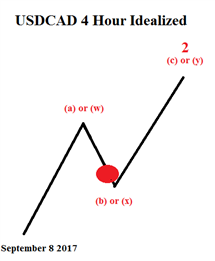 The Elliott Wave model we are following suggests we are in a (b) or (x) wave of a bullish sequence. Therefore, once USD/CAD finds support, we are anticipating the dip to be completely retraced back up to 1.29 and possibly up to 1.31.

This sideways consolidation appears to be grinding as an Elliott Wave flat pattern. We are anticipating the pattern to find support near 1.2600-1.2660. After entering this price zone, a break above 1.2796 would activate a long position in USD/CAD with risk set just below the December swing low.

If price were successful in finding support, the pattern would call for a break above 1.29 that may reach 1.3149 where this wave would be approximately 61% the length of the September 2017-October 2017 wave.

Bottom line, though we anticipate a low forming nearby, it is prudent to wait for a subsequent rally to break the December 22 high prior to entering the trade. Also keep in mind this rally, if it builds, is a corrective rally in a larger wave 2.

See the longer term Elliott Wave pattern for USD/CAD in Jeremy’s “What to Watch For in 2018” webinar. (If you cannot make it in real time, register to receive the recording via email the next day.) 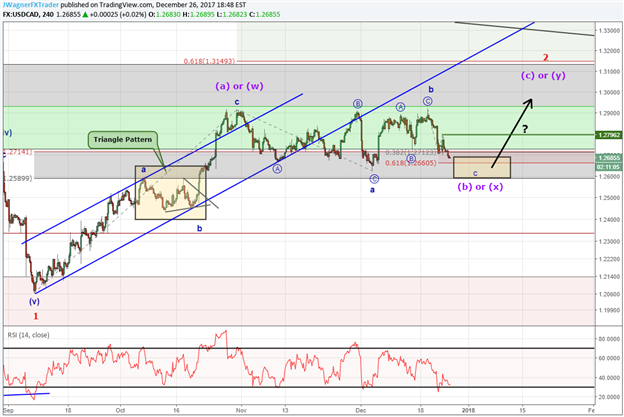