Demand for high beta currencies took a hit overnight, but amid a strong Spanish bond auction and a significantly weaker Japanese Yen, the European currencies have emerged as the top performers thus far on Thursday. With respect to the Yen, Japanese Economy Minister Akira Amari backpedaled on recent comments about the Yen appreciating too quickly, thus undercutting what was seemingly the only reason to be bullish the past several days. Once again, the Japanese government stands united in their stance towards the Yen, which supports new Prime Minister Shinzo Abe’s assertion for a bold new leader at the BoJ to drive forward an aggressively dovish monetary policy. Policymakers meet on January 22.

The commodity currencies are struggling on the day following weak Australian and Chinese data, which has provoked speculation that the Reserve Bank of Australia will be forced to cut their key rate again in February, from 3.00% to 2.75%. Credit Suisse Overnight Index Swaps show that the probability of a 25-bps rate cut increased from 34% to 41% after the poor December Australian labor market report, which showed the economy unexpectedly lost jobs last month. More volatility in the Australian and New Zealand Dollars should be expected tonight (Asian session on Friday), with the Chinese 4Q’12 GDP report due. 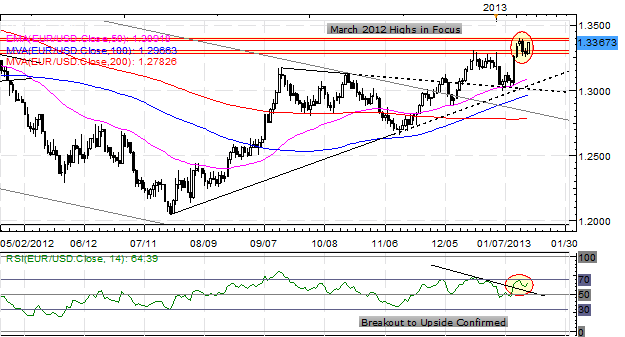 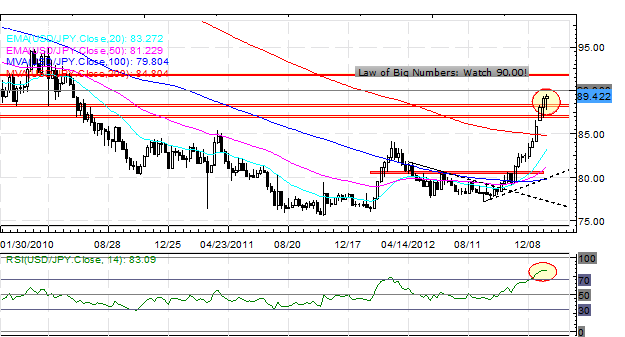 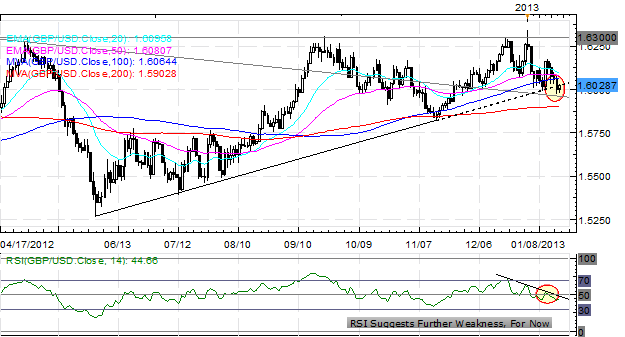 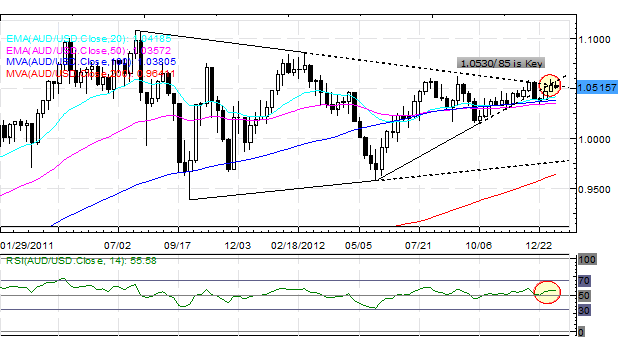 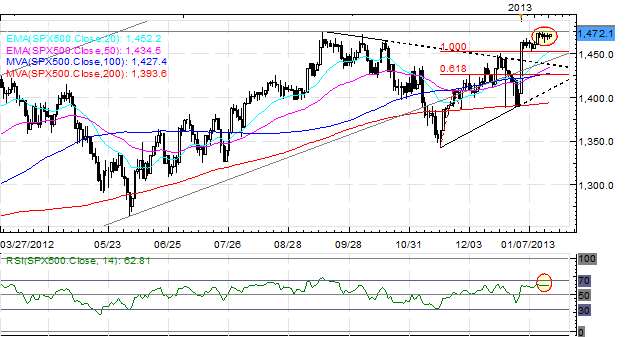 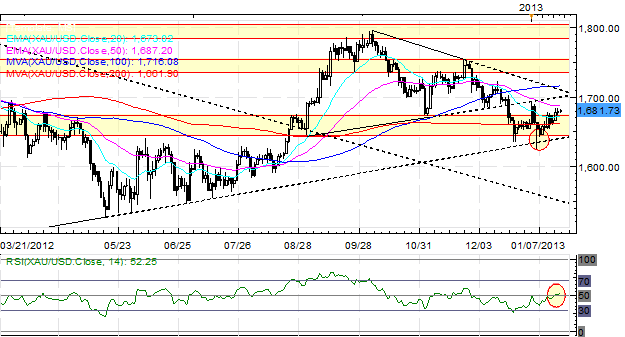