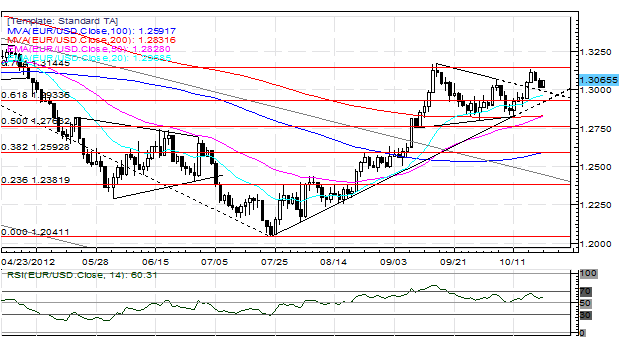 The majors have been edging higher against the US Dollar throughout the European session (save the Japanese Yen) as investors digest the results of the regional elections in Spain over the weekend. Prime Minister Mariano Rajoy’s People’s Party, despite plummeting approval ratings, actually garnered a major victory in Galicia, although it suffered significant losses in the Basque region. This is a slightly better outcome than expected (the absolute majority in Galicia is encouraging).

In the wake of the elections, the Euro has moved higher and is, in fact, the best performing major on the day. However, Spanish bonds have sold off at a moderate clip (by no means showing signs of panic), suggesting that there are two different interpretations influencing markets. First, the election results mean that Spain will not see Prime Minister Rajoy leave office anytime soon. This means that Spain’s future in the Euro is secure (at least the near-term horizon is less uncertain, if only marginally). This has proven positive thus far.

The other interpretation of the results is that the renewed support for the Spanish government means there is slightly less pressure to move towards a bailout. I would argue that this is the only reason why Spain did not seek assistance at last week’s Euro-zone Summit – the election results were crucial, and they buy the government more time, meaning that yields will not be capped just yet.

Elsewhere, with political pressure mounting on the Bank of Japan to ‘do more’ to help the ailing Japanese economy, the Japanese Yen has fallen quite considerably, and is an outlier in terms of performance on the day. The Yen is the worst performing currency this month amid the hope for a massive easing package, having depreciated by -4.01% against the Euro and by -2.36% against the US Dollar.

There are no key events on the docket for the remainder of the day. See the DailyFX Economic Calendar for this week’s data. 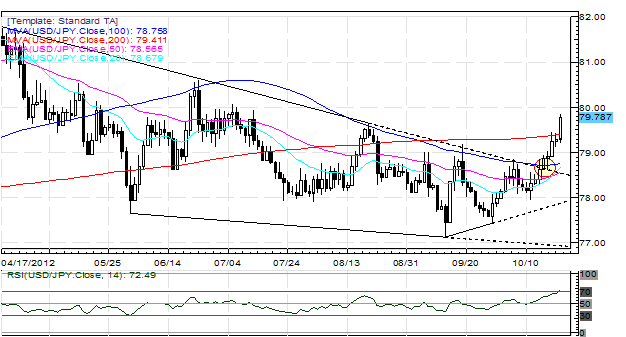 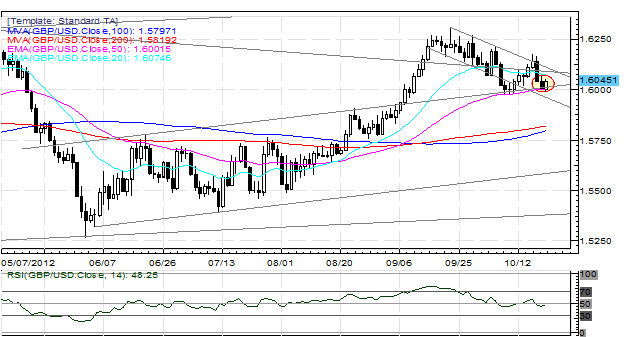 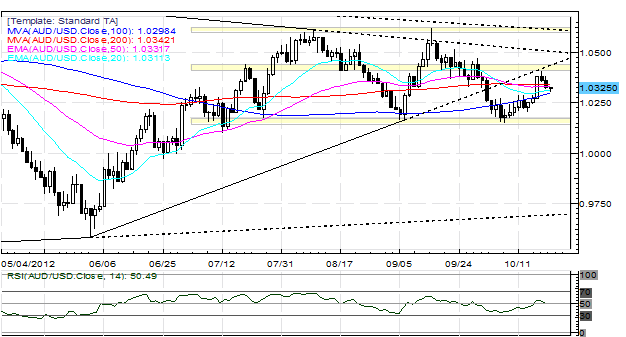 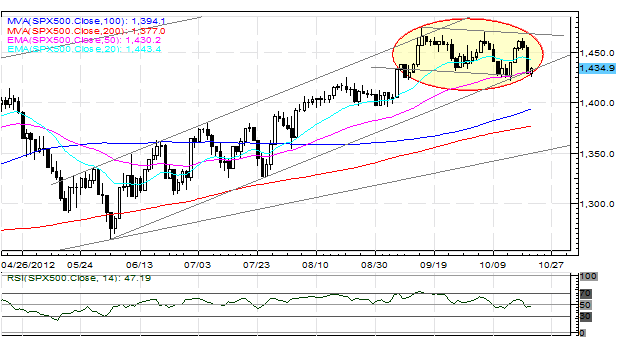 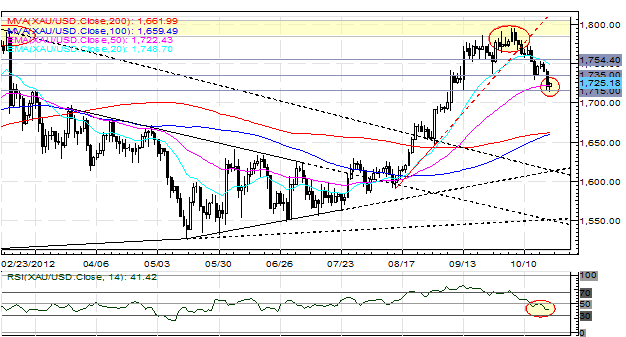