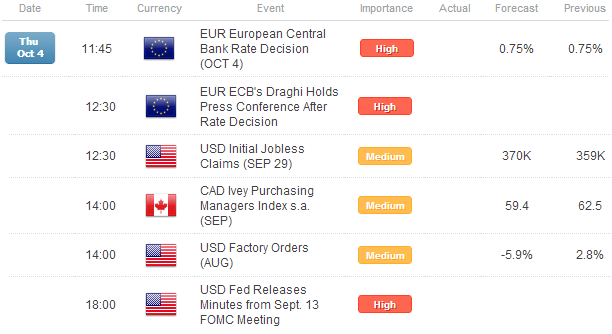 Euro Leads Majors with ECB Around the Corner, US NFPs Tomorrow

Price action has been mostly mixed on Thursday though trading in the pre-North American hours has resulted in a modest push upwards by high beta currencies and risk-correlated assets, led by declines by the Japanese Yen and the US Dollar. The optimism is mostly European-centric, with the Euro leading, followed closely by the British Pound and the Swiss Franc, despite the fact that equity markets remain skewed lower and Italian and Spanish bond yields have inched higher the past few hours.

The main event on today’s docket is the European Central Bank Rate Decision, although no new efforts are expected to be set forth. Instead, we are looking to President Mario Draghi’s press conference, which could offer new insight into the conditions necessary to take part of the Outright Monetary Transactions (OMTs), the bond-buying program designed to work hand-in-hand with the European Stability Mechanism (ESM) to stem the crisis.

Any commentary suggesting that the ECB remains prepared to act or rhetoric that suggests the 2013 budget set forth by Spain is sufficient for the ECB will be largely supportive of the Euro and high beta currencies. In fact, given the stall by many of the major pairs – AUDUSD, EURUSD, GBPUSD – at critical support, optimism spurred by the ECB could provoke a solid bounce ahead of tomorrow’s crucial US Nonfarm Payrolls report for September.

The economic docket is fully saturated today, with key events out of Europe in the early-North American trading hours headlining the calendar on Thursday. At 07:45 EDT / 11:45 GMT, the EUR European Central Bank Rate Decision will be announced and it is widely expected that the key interest rate will be on hold at 0.75%. ECB President Mario Draghi’s Press Conference at 08:30 EDT / 12:30 GMT should also provide some additional volatility for traders, though we’re not expecting anything major or new at the presser – compared to last time, when the OMTs were announced, this one could be a real ‘snoozer.’ Also at 08:30 EDT / 12:30 GMT is the release of the USD Initial Jobless Claims (SEP 29) report, which is expected to show that last week’s outperformance was more or less a fluke.

After North American trading begins, at 10:00 EDT / 14:00 GMT, the USD Factory Orders (AUG) report is due, and following the disappointing Durable Goods Orders report from last week, another contraction is expected. A miss wouldn’t surprise here. Finally, at 14:00 EDT / 18:00 GMT, the USD Federal Reserve Releases the Minutes from the September 13 FOMC Meeting, and while little ground breaking information is expected, we will see how divided the Fed really was over QE3. 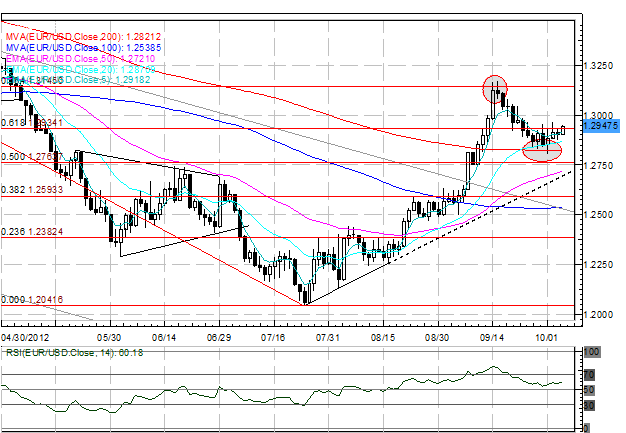 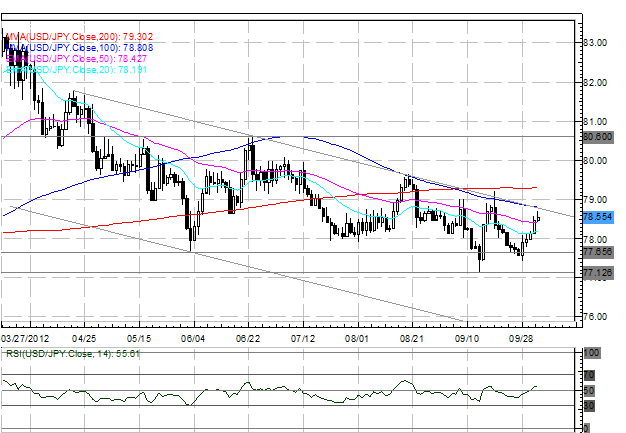 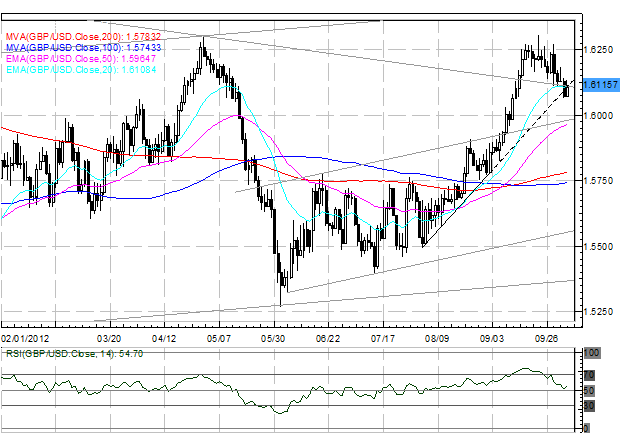 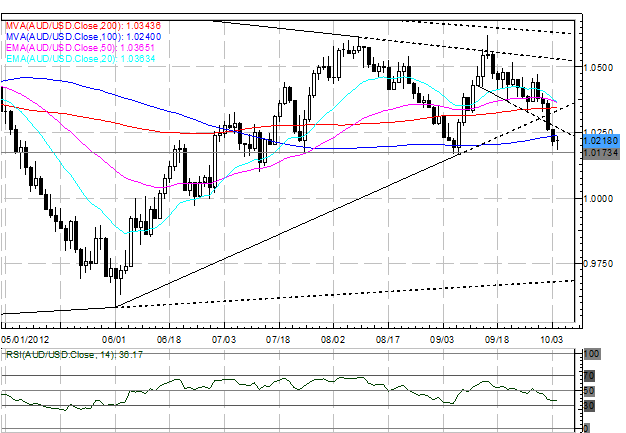 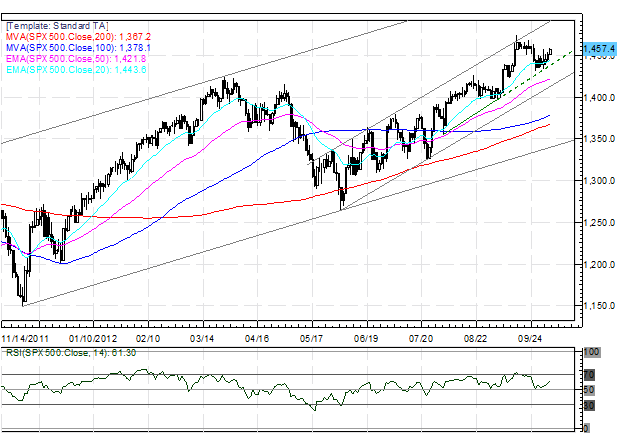 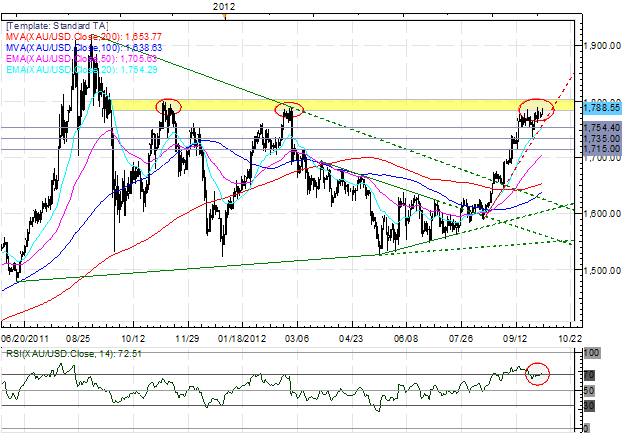 GOLD: Gold’s consolidation the past few weeks has been necessary from a technical perspective, in order to clear out some of the short-term congestion faced given overbought conditions. It is important to consider that the sharp ascending trendline off of the August 15 and August 31 lows has held, now reinforced by the 20-EMA at 1750/55, also former intraday swing lows throughout mid-September. However, the sharp uptrend has brought Gold into the very important 1785/1805 zone, where former highs were set in November 2011 and February 2012. If this resistance breaks, a move to 1840 shouldn’t be ruled out. Another failure at 1785/1805 would likely result in a pullback to 1750/55.