As the European sovereign debt crisis rages on, one of the telltale signs of investor sentiment has been the performance of peripheral European sovereign debt. But bond yields reveal more than just borrowing costs: the yield curve can be used to forecast economic conditions as a reflection of risk premium demanded. Studies show that an inverted yield curve, in particular in the 2-year to 10-year range, not only suggests that a recession is looming two- to six-quarters out, but also that inflation is expected to remain low. Thus, when we note that the Spanish yield curve has started to invert around the 6-year note (which is to suggest that shorter-term yields eclipse longer-term yields), it is evident that investors have started to clamor for cash and are shedding risky investments with significant conviction.

As the yield curve inverts in Spain this morning, the FX market is rather mixed in a day appropriately marked by mixed data. The private sector reading of Chinese manufacturing was better than expected (though contraction was still evident in May), and it has boosted sentiment about the Asian growth picture. The Australian and New Zealand Dollars have responded positively, as expected. However, with PMI readings across the Euro-zone disappointing on the whole, the European currencies have remained under pressure led to the downside by the Euro. Accordingly, this has kept the Japanese Yen and the US Dollar supported.

While there are no key events on the docket, there are still two releases that pique our interest for the North American trading session. At 08:30 EDT / 12:30 GMT, CAD Retail Sales for May will be released, which should show that May’s sales recovered all of the losses from April, At 10:00 EDT / 14:00 GMT, the USD House Price Index for May will be released, which is expected to show that housing prices continued a slight rebound. 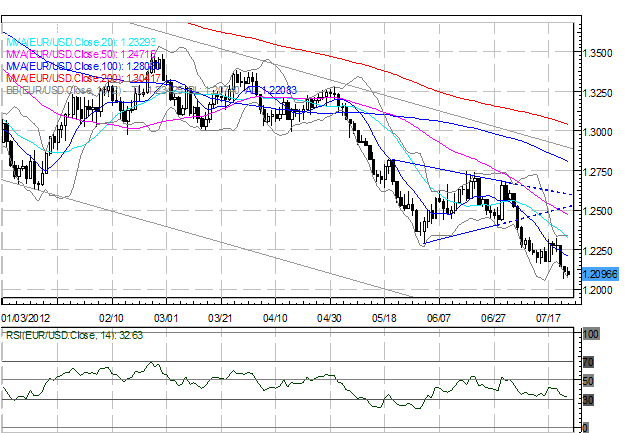 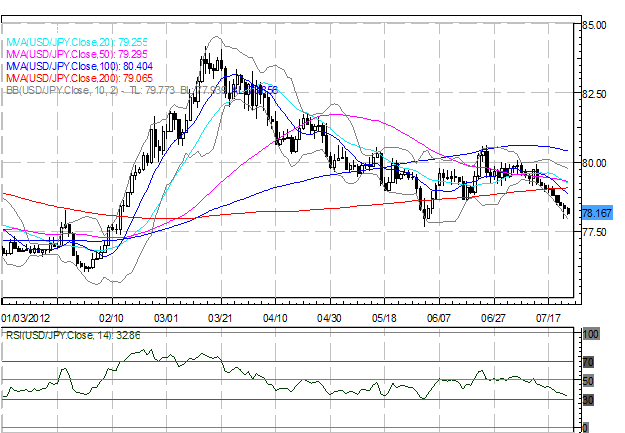 USDJPY: Is the USDJPY is working on an Inverted Head & Shoulders pattern off of the June 1 low? It certainly appeared so for a while there; but the daily close below 78.60 suggests that the pair could trade as low as 78.15/25 before buying interest returns. Still, as long as the Head at 77.60/70 holds, the pattern remains technically valid. With the Head at 77.60/70, this suggests a measured move towards 83.60/70 once initiated. Near-term resistance comes in at 79.05/10 (200-DMA). Price action to remain range bound as long as advances are capped by 80.60/70. 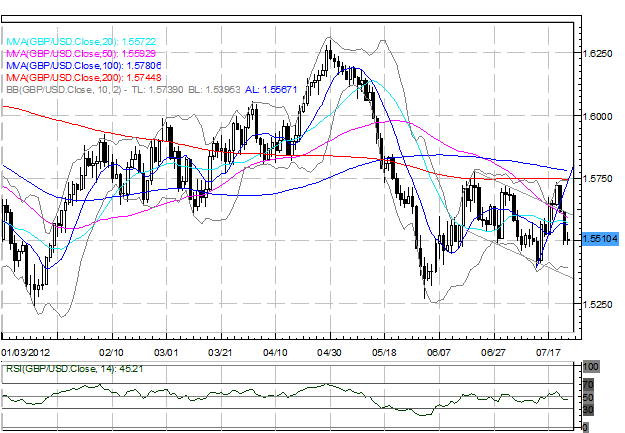 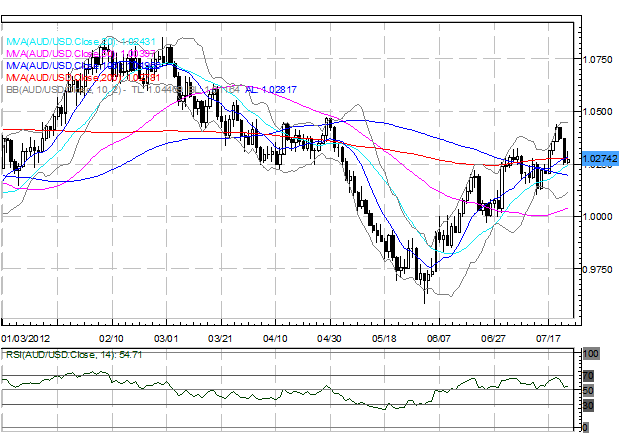 AUDUSD: The pair is respecting an ascending channel off of the June 20 and July 5 highs, hitting resistance on Thursday/Friday leading to the sell-off today. The AUDUSD has hit interim support at 1.0270/80 (10-DMA, 200-DMA). A close below this confluence signals further losses to the 20-DMA and TL support (June 1 and July 12 lows) at 1.0225/35. Considering the strength of the Australian Dollar generally speaking, there is some ‘catch up’ warranted and a move to the downside could occur swiftly, as it has thus far on Monday.