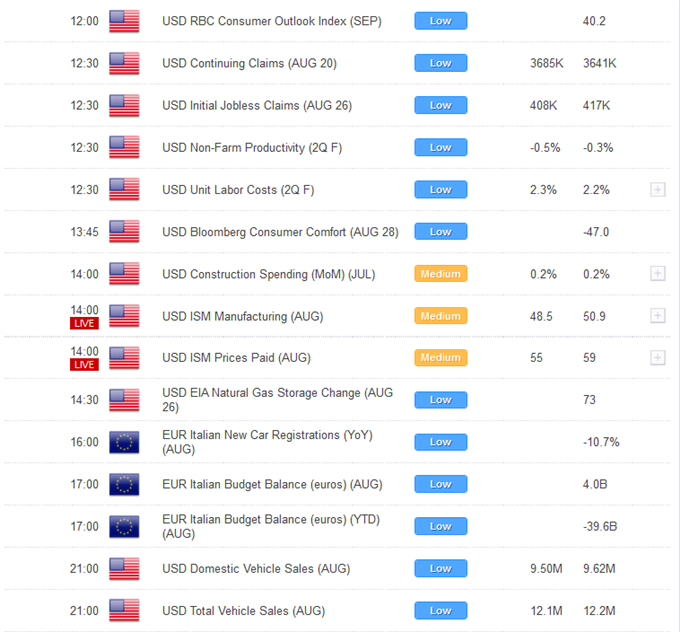 Euro Weighed Down As Expected With Session Data Accelerating

The US Dollar is managing to find some support and has been rallying back in recent trade. Kiwi, which had been a gross outperformer over the last few days, is showing some relative weakness on Thursday, with the market already demonstrating the potential for a bearish reversal day after easily taking out the previous daily low. Meanwhile, the Swiss Franc sits on the other end of the spectrum and stands out as the top performer, after intervention fears abated, an on the whole better than expected GDP result and elevated risk aversion on the back of escalating concerns in the Eurozone. This elevated risk aversion has also resulted in a Euro which is the weakest performer across the board.

Relative Performance Versus the USD on Thursday (as of 12:00GMT)

One story which we mentioned in “Opening Comment” that has emerged as a weight on the Euro and sentiment in general is a piece out of the FT which highlights a clash between the Eurozone and IMF on estimates of Eurozone bank balance sheets. The IMF has circulated estimates which show severe damage to European bank balance sheets stemming from bank holdings of Eurozone sovereign debt. However, the ECB and Eurozone governments have furiously rejected these conclusions, saying that the estimates from the IMF are “partial and misleading.” Nevertheless, we all know how fear and panic can spread and with the European banking sector already in question in recent weeks as rumors of US bank exposure reduction make the rounds, any hints of truth to the IMF estimates could very well open the door for acceleration in risk liquidation over the coming hours.

Also in the Eurozone, the issue of collateral demand for funding of the Greece bailout has resurfaced with Finland reiterating that it would not be prepared to commit to the bailout without some form of collateral. This poses a very serious problem and threatens the survival of the Greek economy according to many analysts who contend that Greece is in no position to be able to provide collateral on this level and therefore any request to do so would undermine the entire bailout effort. To add insult to injury, a slew of much softer than expected Eurozone PMIs has further accelerated Euro declines on Thursday.

Looking ahead, market participants will continue take the time to digest the slew of economic data out in European trade today before preparing to absorb the North American releases in the form of initial jobless claims, continuing claims, constriction spending and ISM manufacturing. Of course, we continue to expect all of these economic releases to take a backseat to broader global macro themes as mentioned in the previous paragraphs of this piece. 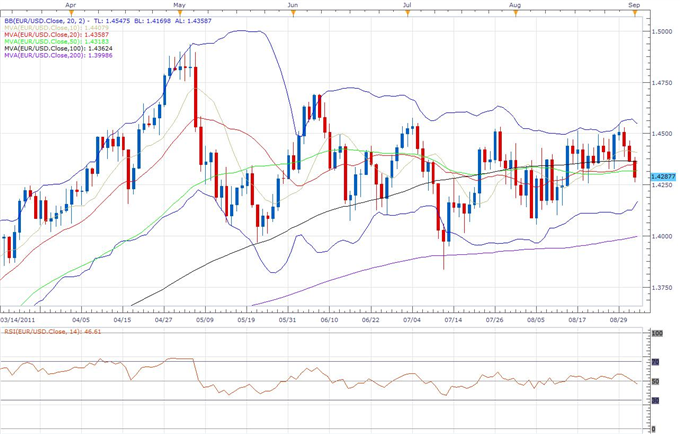 EUR/USD: Although the market had recently broken higher to end a sequence of inter-day lower tops off, the overall structure remains bearish at this point, with the market still trying to put in a more medium-term lower top below the 1.4700 highs from May. Tuesday’s bearish reversal formation and subsequent bearish price action confirms outlook and from here, look for fresh downside acceleration on a break and close below 1.4250. Ultimately, only back above 1.4550 delays outlook, while above 1.4700 negates. 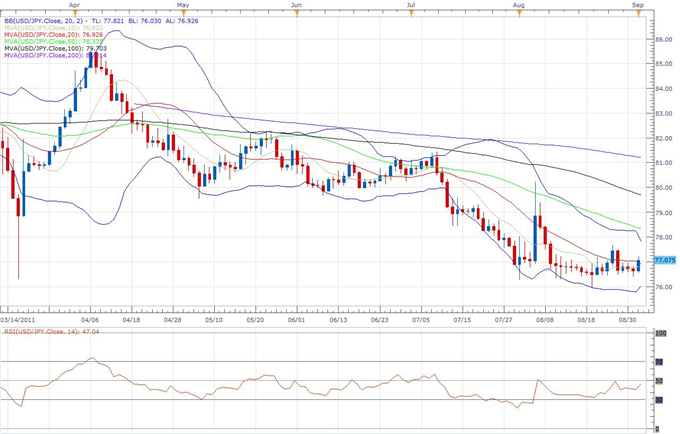 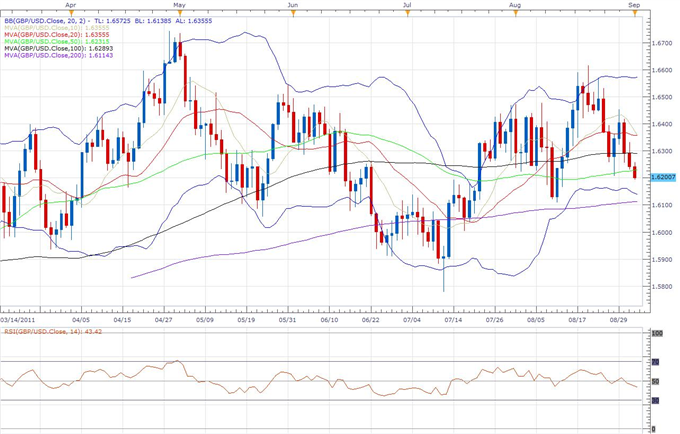 GBP/USD: The market remains locked in a broader consolidation off of the April highs, and a fresh top is now sought out by 1.6600 in favor of the next downside extension back towards the recent range lows at 1.5780. Ultimately, only a daily close above 1.6550 would delay outlook and give reason for pause, while the latest daily close back under 1.6350 should accelerate declines. In the interim, look for any intraday rallies to be well capped below 1.6450 on a daily close basis. Back under 1.6200 accelerates. 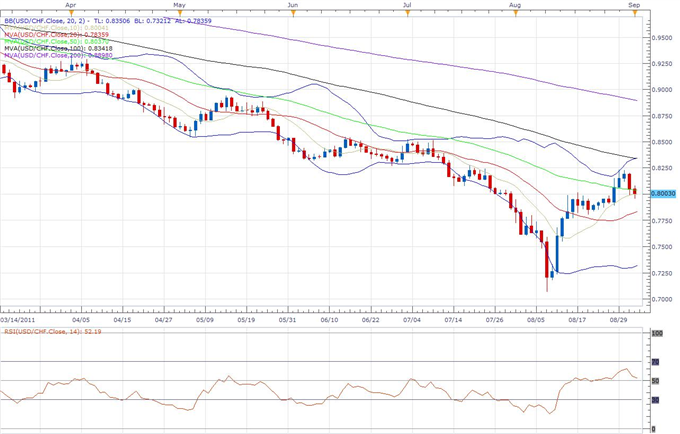