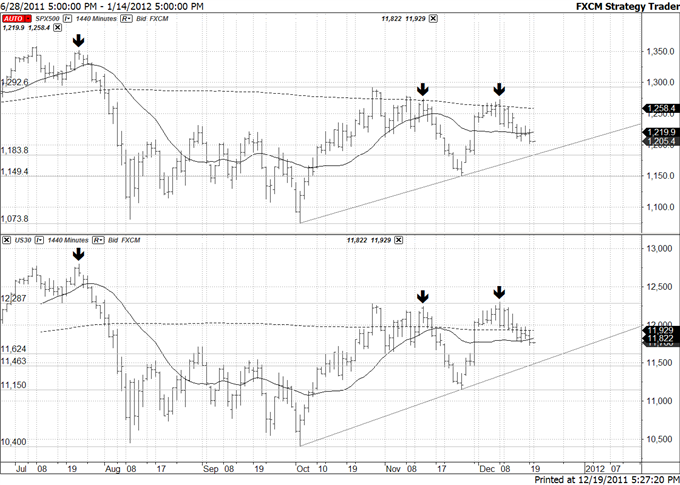 Watch for an AUDUSD, NZDUSD Divergence

Stocks were down but on light volume, which is to be expected this time of year. A triangle or flat may be underway from the October high. Lower price are likely in both cases although a reversal higher is likely this week if a triangle is underway. Watch the trendlines for support and 11463-11624 in the Dow and 1172.90-1183.90 in the S&P. I am bearish as long as the S&P is under Friday’s high (1230.60). The arrows indicate days when the Dow has made a new high and the S&P has not, thus indicating divergence. 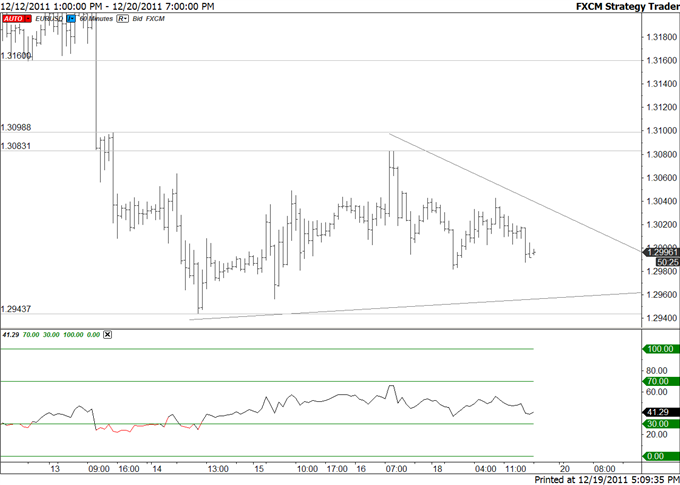 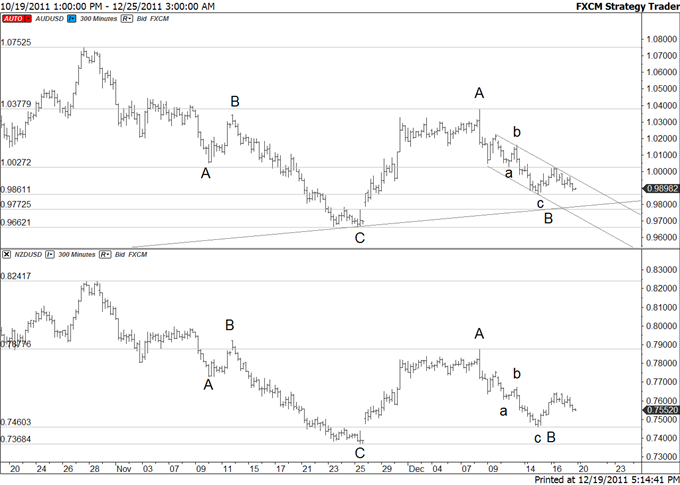 Like stocks, the AUDUSD and NZDUSD may be trying to find December lows. Also like stocks, I’ll use Friday’s highs (10027 and 7645) as pivots. A push above these levels would suggest that C wave rallies are underway towards at least 10400 and 8000. Until then, I’ll favor AUDUSD shorts against 1.0000. Resistance is now 9905/35. The bearish target remains the trendline near 9800 (gap is 9773). ALSO - a new low in AUDUSD (below 9861) without a new low in NZDUSD would indicate a divergence typically seen at turns (think Dow and S&P above). Also, notice the similarity in form of the declines from the late October highs and December highs. These are examples of fractals in markets. 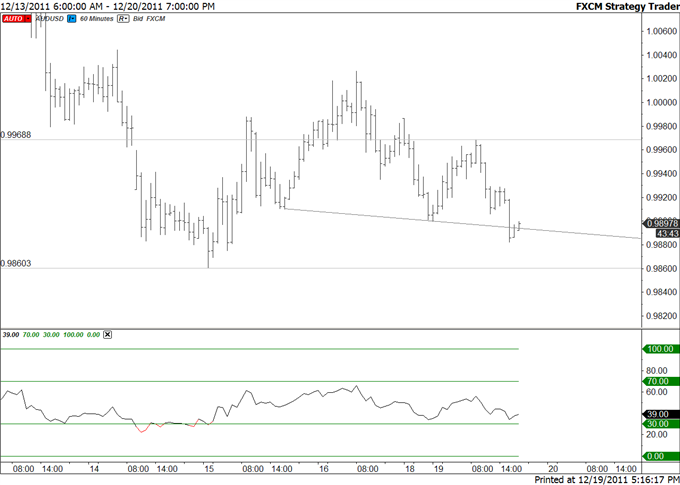 The 60 minute reveals a short term head and shoulders continuation. Interestingly, the h&s objective would be about 9770 (distance from head to neckline subtracted from breakout level). Again, the post Thanksgiving gap is at 9773. 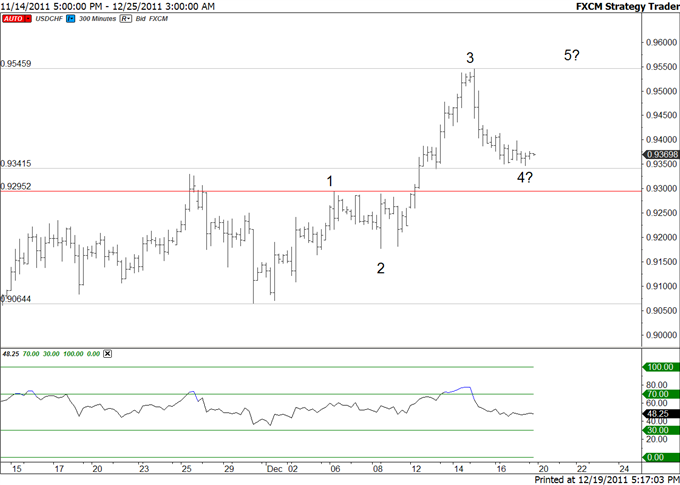 Price is holding the Elliott channel and former 4th wave support (9342) as well. The implications are for a final high (above 9546) before a larger decline. 9295 is the pivot. 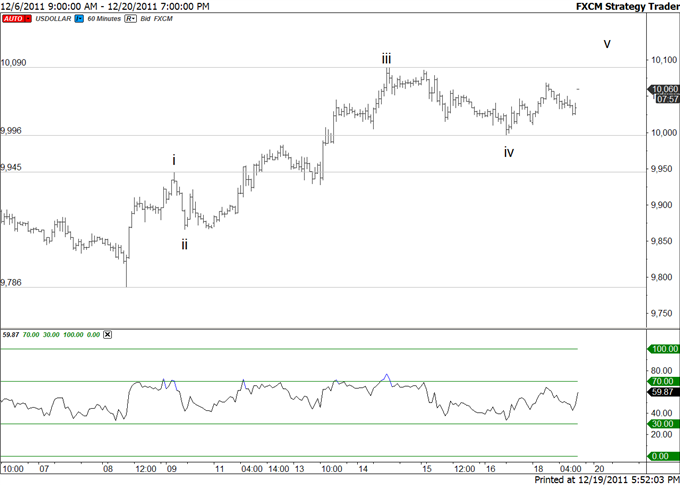 Having held support from the former 4th wave at 10005, near term USDOLLAR expectations are for one more high (above 10090) before corrective weakness takes hold. Friday’s low is the pivot. 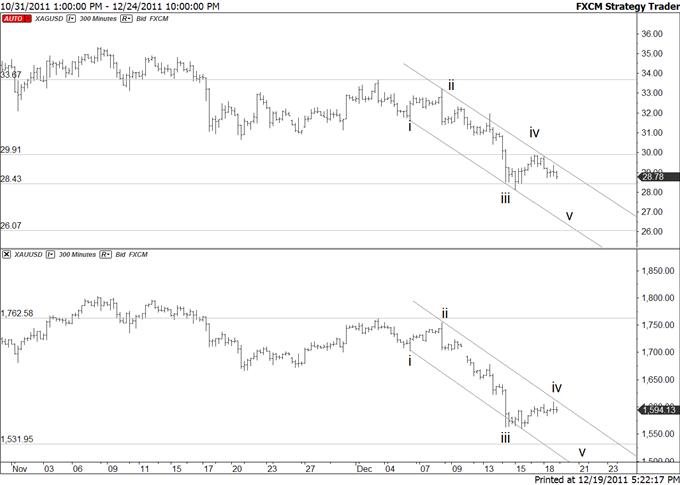 Silver and gold are declining in impulsive fashion from 33.67 and 1762.58. The recent bounce should be fully retraced in 5th wave declines. Watch for tests of the September lows at 26.07 and 1531.95 (or a divergence with one metal dropping under the low and the other holding). Tops are probably in place near term as per Elliott channeling and the late day divergence (new high in gold but not silver).