The Swedish Krona may have a small dip on January 28 as Sweden’s Trade Balance is scheduled to be released at 08:30 GMT. For over a decade now, the Nordic country’s current account balance has been falling since approximately 2007. Despite the brief uptick October, it is not likely the data will significantly improve in 2019. 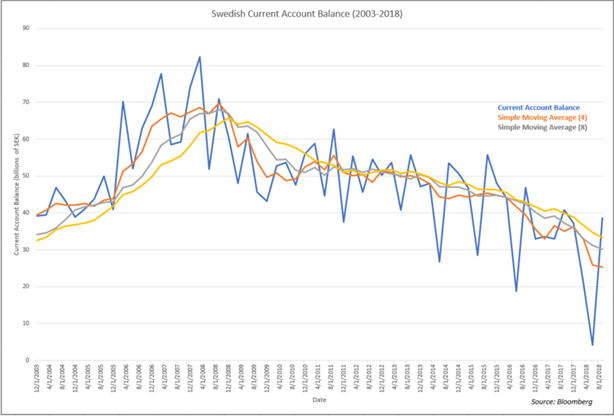 Growth in Sweden is expected to slow this year as outlined in the Riksbank’s December meeting minutes. Policymakers are keeping their eye out for key domestic concerns such as high household indebtedness. The political uncertainty in Sweden is also still worrisome. They will also be closely monitoring political international economic and political forces that may influence the Swedish economy.

Some of these external risks include political turmoil in the EU with Brexit and the Italian budget crisis along with concerns of an economic slowdown. The influence of European events on the Swedish Krona is primarily attributed to the relationship the EU has with its Nordic counterparts.

As an export-driven economy, SEK is also vulnerable to trade wars and protectionism like what was seen in 2018 and may see in 2019. On that front, Chinese Vice Premier Liu He will be visiting the White House this week to further facilitate trade negotiations and attempt to reach a deal before the deadline on March 1.

The Swedish Krona in the meantime may continue its downward movement against the US Dollar. USD/SEK had a major jump last week and burst through 9.0032. Given the potential 2019 headwinds, the pair might continue to trade above this point and the key resistance at 9.0086. 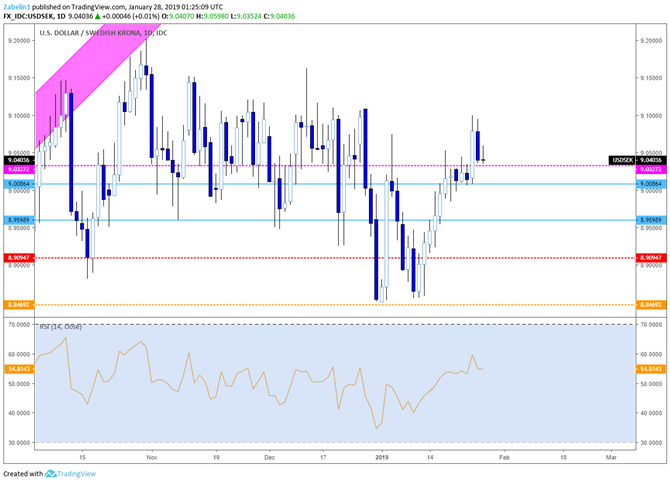