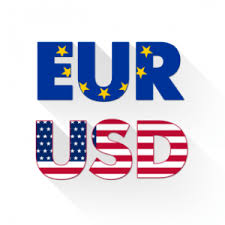 Euro and US dollar:

ECB President Mario Draghi, speaking in Frankfurt, said that while the euro-zone economy continues to grow, the outlook is becoming increasingly cloudy. Draghi said that if firms start to become increasingly uncertain about the growth and inflation outlook, ‘this would affect the speed which underlying inflation picks up and therefore the inflation path that we expect to see in the quarters ahead’. The ECB has already said that it will end its quantitative easing program at the end of December after pumping in nearly EUR2.5 billion of liquidity in the economy. Expectations of an interest rate hike after summer 2019 now look likely to be pushed back if growth and inflation stall. The German economy contracted in Q3 official data showed this week, a sign that ongoing trade disputes are weighing on Europe’s growth engine.

Next week’s economic calendar is fairly clear of euro-zone releases until a raft of hard data and sentiment numbers are released on Friday, November 23.

Italian government bond yields remain elevated this week after Rome refused to change its budget, putting it on collision course with Brussels. The 10-year Italian benchmark currently yields around 3.46%, around 310 basis points more than comparable German government debt. The European Commission is expected to begin disciplinary proceedings against Rome shortly using the excessive deficit procedure (EDP), which could spark further widening of the Italian/German yield spread.

EURUSD has pushed higher this week after touching a seventeen-month low of 1.1216 at the start of the week. A series of four bullish candles – higher lows and higher highs – pushed the pair back to the 20-day moving average at 1.1361 before a slight reversal. Horizontal support at 1.1302 may come under renewed pressure. 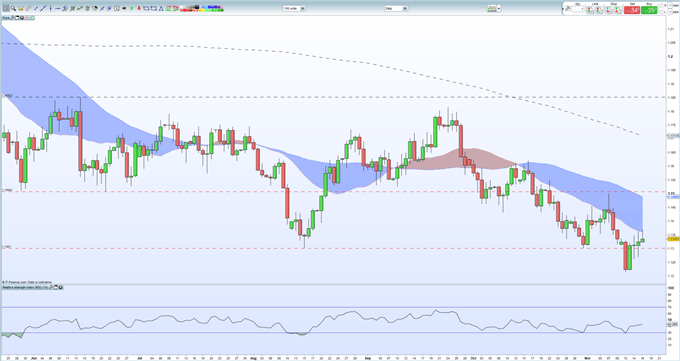