The US Dollar Index (DXY) is on pace to print its first black daily candle since October 14 and gives the greenback a sign of life near a major technical zone following a steep slide through multiple layers of support. Three dominant themes have largely dominated the US Dollar’s direction as of late: rising risk appetite induced by the impending US-China phase 1 trade agreement, Brexit and the Federal Reserve. The aforementioned have broadly brought about bearish price action considering the US Dollar’s posturing as a safe-haven currency, an impressive rally in GBP/USD due to recent Brexit optimism in addition to firming Fed rate cut bets.

Recent developments suggest that the tides could soon turn, however, as Brexit risk resurfaces following the timetable vote failure. This increases the chances of a no-deal departure on October 31 – even despite Parliament’s request submitted to the EU requesting an extension to January 31 next year. The latest reports indicate that there will be a struggle to get unanimous approval from the EU27 to delay Brexit that long while PM Boris Johnson threatens to call a general election if granted another extension. Alas, GBP/USD has struggled since the cable topped the 1.30 after Bercow blocked a ‘meaningful vote’ during Monday’s trading session, which could bode well for the US Dollar across the board as risk appetite deteriorates. 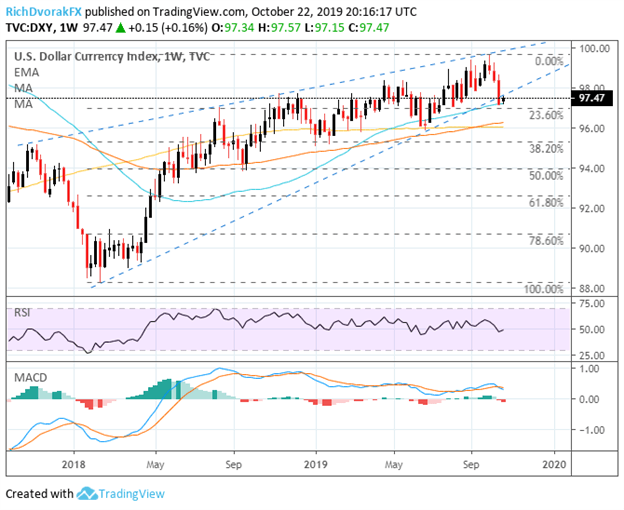 Tuesday’s rise in the US Dollar Index reiterated the 50-week simple moving average as an anchor of support for USD price action, which is underpinned by its 23.6% Fibonacci retracement level of the bullish leg from February 2018’s low to last month’s peak. Although, the US Dollar’s rebound from its recent selloff faces the threat of further downside following a break of its bearish rising wedge pattern. 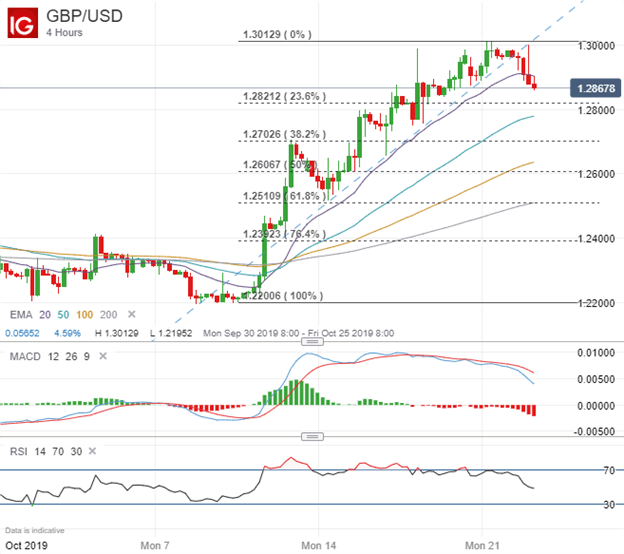 Keeping close tabs on spot GBP/USD price action could potentially serve as a bellwether to where the broader US Dollar might head next amid peak Brexit uncertainty. While the risk of no-deal Brexit is reemerging quickly, it is unlikely that the EU27 or a majority of British MPs will push for a hard departure on October 31. Nevertheless, traders remain on edge due to ‘the unknown’ over Brexit damaging market sentiment. 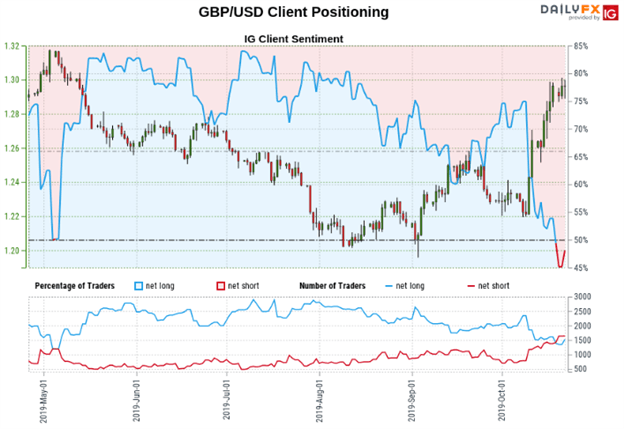 Unsurprisingly, GBP/USD is still expected to be the most volatile major US Dollar currency pair as the Brexit saga continues. Read More: US Dollar Price Volatility Report for 1-week implied volatility readings and trading ranges in addition to major themes that stand to drive USD price action this week.