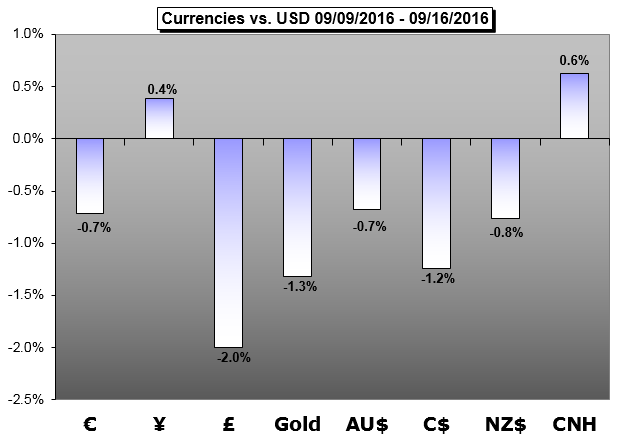 Event risk over the coming week will no doubt present a high level of volatility risk for key FX players. But, beyond the currency reactions, we will be tapping into themes essential to financial conditions.

The outlook for the Dollar through the coming week is both highly uncertain and a clear risk of extreme volatility. Regardless of asset, the lightning rod for investors ahead is the FOMC rate decision on Wednesday, September 21st.

There aren’t many meaningful data due out over the coming days, so traders’ collective attention shouldn’t be trained on the economic calendar. Instead, EUR-crosses are likely to prove highly volatile throughout the week thanks to central bank interference: there are five ECB speakers between Monday and Friday; and the Federal Reserve and Bank of Japan both meet from September 20-21.

Japanese Yen Forecast - Has there ever Been a More Critical 12 Hours for the USD/JPY?

A highly-anticipated Bank of Japan policy decision is second to only the US Federal Reserve's meeting in importance for the week ahead. Suffice it to say it will almost certainly prove an eventful 12 hours for the USD/JPY exchange rate.

When the RBNZ cut the overnight cash rate in August, few probably would’ve expected what would happen next.

Chinese Yuan Forecast -Yuan Rates at a Crossroads Ahead of FOMC

The offshore Yuan touched the strongest level in three weeks despite no Yuan reference rate was issued by the PBOC beginning on Thursday, due to a 3-day national holiday.

Gold prices are lower this week with the precious metal off 1.46% to trade at 1308 ahead of the New York close on Friday.