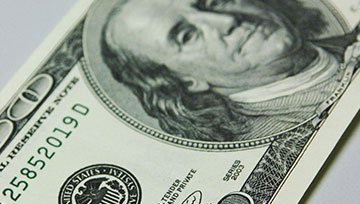 The final trading day of August is here, and it’s been an eventful month.

The Fed cut rates for the first time in over a decade on the final day of July, and this gave the risk trade a running start into August price action. But, when cutting rates, the bank wasn’t sounding very dovish, pitching that rate cut as a ‘mid cycle adjustment’ rather than a prolonged trend of softening, and in response the US Dollar put in a fairly vigorous rate cut rally on the back of that meeting.

A day later, the stakes were raised in the ongoing US-China Trade War when President Trump announced more tariffs on China. This perched the US Dollar back down, driven by the thought that even slower growth projections on the back of heavier trade war tensions would push the Fed into a more dovish spot in the not-too-distant future. But along with the fall in the US Dollar on the back of this theme, stocks dove along with them, creating a bit of pressure across global markets that were looking for that Fed softening to bring buyers back to the bid.

Since then, tensions have vacillated throughout the month but most recently a bit of calm has developed. This has pushed back-up both the US Dollar and the S&P 500 with fresh four-week-highs showing in both markets as the month winds down. September brings a couple of huge drivers pertinent to this matter in FOMC and ECB rate decisions: Both banks are expected to cut rates and in Europe, there may be a chance for some stimulus in the not-too-distant future.

A couple of very bearish factors showed around the Euro in August, key of which was the Olli Rehn comments alluding to the potential for another round of QE. Given the bank’s prior QE outlays, the wide expectation was that future programs may be aimed at buying stocks, ala the Bank of Japan, and this provided a dash of weakness into the single currency to go along with strength in Euro equities. That claim was walked back a bit over the past couple of days when Ewald Nowotny said that buying equities with stimulus wasn’t an option, while also saying that the ECB had to accept the reality that, sometimes, they will disappoint markets.

Another bearish factor appeared yesterday when incoming ECB President Christine Lagarde said that she thought the bank hasn’t yet hit the lower-rate bound, implying that there could be even more rate cuts deeper into negative territory in the ECB’s future.

At this stage, EUR/USD remains very near the two-year-lows that were set on the first day of this month, falling on the back of the ‘rate cut rally’ in the US Dollar. The big question is whether bears will be able to make a forward-push as EUR/USD has presented a number of bear traps already this summer.

GBP/USD Runs into Trendline Support – Can it Hold

Cable was rushing-lower coming into the month of August, helped by that USD-strength after the Fed’s rate cut. But in the opening days of the month a long-term trendline came into play and, at this point, has helped to hold the lows in the pair.

Even with the tumultuous backdrop around Brexit remaining as an ever-present force, the pair grinded support in the first portion of the month, with buyers eventually pushing in a series of higher-highs and higher-lows over the past couple of weeks. Given the elongated bearish trend, there may be scope for more strength should USD-weakness show as a theme, particularly if a short-squeeze scenario hastens on continued breaks of recent resistance levels.

Also of interest for USD-weakness scenarios is USD/CAD. The pair put in a brutal seven-week stretch through June and early-July trade, eventually finding support just above the 1.3000 handle. That led to a strong topside run in late-July into August, with the pair eventually finding resistance at the 1.3345 level that was tested a couple of different times. Last week brought a strong Canadian inflation print into the mix and this helped the pair to perch down to a fresh two-week-low earlier this week.

If USD-weakness is to show in September, USD/CAD remains of interest for bearish strategies.

As bond yields in the US have continued to dive, USD/JPY has went along with them. The pair touched down to a fresh two-year-low earlier this week but, so far, buyers have been able to hold back the sell-off. There’s been drive in the pair emanating from Trade War themes but, as China appears to have recently softened the approach, priced have pulled back from that early-week support test.

This sets the stage for a fairly interesting backdrop in the pair for September. Will bears be able to further push through those fresh two-year-lows? Or, are we due for some continued giveback as calm takes-over following a soothing of trade tensions?