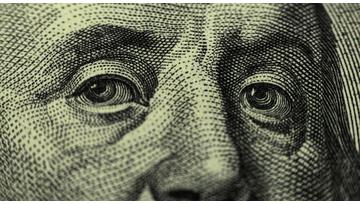 U.S. Dollar Pain Trade Runs into FOMC, GDP: Is the Bottom Near?

- Today at 2PM brings the July FOMC Rate Decision. But perhaps more pertinent to U.S. Dollar price action are the high-impact data prints on Thursday and Friday (GDP) of this week.

- The U.S. Dollar has moved-higher from deep oversold conditions after a strong US Consumer Confidence print yesterday, but the move is still very young: Might we be nearing the return of bullish price action in USD?

- Have Gold Prices topped? We looked at that earlier this morning in the article, Gold Prices Fall Through Confluent Support Ahead of FOMC.

Today is all about the FOMC. At 2PM Eastern Time this afternoon, the Federal Reserve will announce their rate decision for the bank’s July meeting, and there aren’t any expectations for any actual moves. The Fed just hiked rates in June, inflation remains below the Fed’s 2% target, and data in the United States of recent has been relatively soft. The one item of interest that the Fed could begin to discuss would be timing of balance sheet reduction; but even that’s more likely to wait until September as the Fed accompanies that meeting with updated forecasts and a press conference in which Chair Yellen can further explain the context of any new developments.

For today – keep expectations very low. As we discussed yesterday, it’s data that’s been the bane of the U.S. Dollar’s existence of recent, and with high impact USD releases on both Thursday and Friday of this week, these economic prints will likely garner more attention than a non-move from the Fed. More interesting, however, is if any element of USD-strength can begin to show after the jaw dropping -9.8% fall so far in 2017. As we discussed yesterday, the Greenback has moved into deep oversold state from a variety of metrics after coming into the year riding the bullish wave of the ‘reflation trade’. This drove expectations for U.S. data higher, and the actual prints so far in 2017 have simply been unable to keep pace. This is likely the primary culprit behind the prolonged bout of weakness to the U.S. Dollar. But expectations are cyclical like anything else; and as data has continued to disappoint, expectations have been moving down.

High-Impact USD Drivers for the Remainder of This Week

As we pointed out yesterday, today’s FOMC meeting is followed by Thursday’s release of US Durable Goods and Advanced Trade Balance numbers, while Friday brings 2nd quarter GDP. This is a very opportune time to evaluate the potential for a bullish move in the Dollar, as deep oversold conditions will likely need some very bad data to bring more sellers into the market to drive prices much-lower. But so far in 2017, the Fed has not been USD-positive, as even rate hikes have triggered bearish drive. So traders will likely want to be cautious as we go into today’s rate decision.

Shortly after we published yesterday, U.S. Consumer Confidence came-out and blew through expectations; printing at 121.1 versus the expectation 116.5. This is a very pertinent data point for a consumer-driven U.S. economy, and the response in the Dollar was rather telling as the Greenback bounced from fresh One-year lows, broke above short-term resistance, and at this point, appears to be trying to carve-out higher-low support around a key level of 94.08. This level had helped to set one of our final downside targets in our Q3 forecast for the U.S. Dollar, and this level had set the lows in August of last year before the major ramp after the Presidential Election.

Given the rather troubling descent in the U.S. Dollar so far this year, traders would likely want to look for currencies that haven’t been all too strong when looking for a candidate for long-USD plays. This would rule out the Euro, and Australian and New Zealand Dollars, as each of those have bullish themes that are in the process of playing out. More interesting, however, could be bearish plays against the British Pound and the Japanese Yen.

We discussed Cable at length last week, and there is a vitally important Bank of England meeting just around the corner, on the calendar for next Thursday. The big question here is whether the BoE is at the point of capitulation on their uber-dovish post-Brexit policies. When inflation printed at 2.9% for the month of May, this began to send pulses racing at the BoE as it looked like inflation had started a troubling trend. At the BoE’s June rate decision, we saw three votes for a rate hike, which is the most since 2011; and this had helped to kick-start a bullish move in the Pound as traders began to factor in the prospect of ‘less loose’ monetary policy.

But June inflation was a bit more tame at 2.6%. Kristin Forbes, one of the more vociferous dissenting voices within the BoE looking for higher rates, is leaving the MPC and will not be voting in August. And the head of the Bank of England, Mr. Mark Carney, looks to be rather invested here after his profound warnings ahead of the referendum were followed by a preemptive ‘bazooka’ of stimulus shortly after the vote, well-before economic data could really show any significant slowdown as a result of Brexit.

We discussed potential strategy on Cable in our previous technical article on the market entitled, Back to 1.3000, Now What?

Earlier this morning, we saw the release of 2nd quarter GDP out of the U.K. print in-line with expectations at 1.7%. But this is well-below the prior print of 2%, and given this slower growth, traders can reasonably assume that inflation pressure may be a bit less aggressive in the near-term. But for next week, it’s what the Bank of England thinks that matters most, and for traders looking to buy USD, doing so against the British Pound could be an attractive option.

USD/JPY could be a bit trickier given recent dynamics. When Dollar strength has shown this year, USD/JPY has been one of the more attractive venues for such a theme. But more recently, starting around that July 10th inflection point, Yen strength has been the more pressing theme and USD/JPY has fallen below a number of key support levels, including the ‘big picture’ zone that runs from 111.61-112.40.

Since setting a fresh monthly low at 110.59, USD/JPY has been clawing back over the past couple of days. Near-term, we’re still in a bearish state as resistance is showing at the 38.2% retracement of that most recent bearish move, but this level can be used to strategize topside plays. Traders can look for a bullish break of 112.08 to open the door to continuation strategies, at which point resistance could be sought out around 112.50 in order to look for the ‘higher-low’ around 112.00. So, this one would require some additional development, but given the series of drivers that we have on the docket for the next couple of days, this could remain high on the radar for USD-strength strategies.