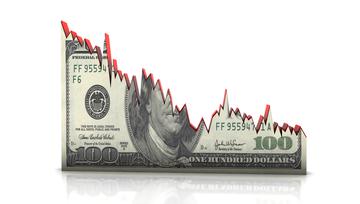 FOMC on Deck, but What Can Resuscitate a Moribund U.S. Dollar?

- FOMC is unlikely to bring much by way of new information given that the bank hiked rates a month ago, but the U.S. data prints on the calendar for this week could certainly drive the Greenback.

Tomorrow brings the July FOMC rate decision, and there is no press conference after the statement is released at 2PM ET. Given that the Fed just posed a rate hike, and also taken with the fact that the bank has appeared rather reticent to roll out any ‘new’ information at a non-press conference meeting, and traders will likely want to go into tomorrow with rather low expectations.

The one point of contention is whether the Fed discusses the timing of balance sheet reduction; but this may be something that we have to wait to hear more about in September. The next rate decision from the Fed after tomorrow’s meeting is almost two months away, set to take place on September 19-20, and this could make for a more opportune time to roll out details on strategy around the balance sheet while also getting a couple months of data behind the most recent rate hike to see how the U.S. economy has responded. But perhaps more pertinent to near-term price action in the U.S. Dollar are the data releases following tomorrow’s FOMC meeting. On Thursday morning, we get US Durable Goods and Trade Balance numbers for the month of June, and on Friday we get 2nd quarter GDP numbers out of the United States.

As we walk into this outlay of data points, the U.S. Dollar remains extremely weak, and this is likely due to soft US data throughout much of 2017. After the rip-roaring run in the post-Election backdrop, hopes ran high for the ‘reflation trade’ to lead-in to robust growth in the U.S. economy. That simply hasn’t happened, and data in the United States has been unable to keep pace with those elevated expectations. Meanwhile, growth in Europe has begun to show with a greater degree of consistency, and this has led markets to start pricing-in actual interest rate hikes from the ECB before the end of next year. This flow into the Euro has been an additional negative for the U.S. Dollar; and if we’re going to see a reversal in this trend, it’s likely going to need to start with stronger data prints relative to expectations.

USD via ‘DXY’: Reversal of Fortunes, from Bullish post-Election (aqua) to Bearish 2017 (red)

As we discussed yesterday, the U.S. Dollar has moved into oversold status by a number of different metrics. Yesterday, we looked at how RSI has begun to diverge on the four-hour chart of DXY, and as of right now, RSI on the Daily chart reads 22.87, well below the ‘30’ level that generally denotes oversold conditions. This is the lowest RSI reading on DXY since September of 2012, and that instance had helped to set a low in price that has not been broken since.

The important note here is that RSI, or any other oscillator is not necessarily a timing indicator as much as it’s a gauge that can help you stay out of trades that are chasing already stretched markets. As in, with such a bearish run in the Dollar taking place throughout the year, we’re looking at heavy short-side sentiment. And if supply and demand are the ultimate purveyors of price, we will likely need some additional negative factors to bring even more sellers into the market to further push price-lower. But even then, the move may be mitigated as the market is already so heavily-short. This is what can lead to the dangerous scenario of a ‘short squeeze’: If we get any slight bullish indications, whether that comes from stronger GDP printing above expectations or from hawkish Fed-speak creating changes in rate expectations, this can light a fire of USD-strength as a heavily short market begins to get squeezed by rising prices. And given that demand is so lackluster at the moment, there is a lot of room for prices to run-higher.

The big question is where that initial ‘spark’ may emanate from. As we discussed above, the best estimation would likely be a trend of data coming-in above expectations, but trying to time such an event can be tantamount to a ‘spray and pray’ strategy. For traders taking a ‘bigger picture’ look at markets, price action levels can help to see when bulls are starting to take control of the situation, as breaks above near-term resistance can highlight those instances when buyers are starting overtake sellers. On the four-hour chart below, we’re looking at three near-term resistance zones that traders can watch for such an instance. For those looking at a conservative approach, let the deeper level, or ‘R3’ first get taken out before looking to implement bullish USD-strategies; while those looking to move-forward with a big more aggression on this theme can follow the tighter level or ‘R1’ for such an observation.