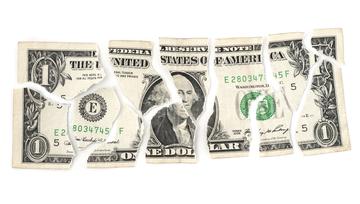 - The U.S. Dollar bearish trend has continued as ‘DXY’ set a fresh One-Year low this morning.

- The Fed has a rate decision scheduled for next Wednesday, but perhaps more pertinent to the U.S. Dollar will the U.S. data prints offered throughout next week.

The pain trade in the U.S. Dollar has continued as ‘DXY’ has moved down to set fresh one-year lows after yesterday’s ECB meeting. The level of 94.08 was the swing-low set in August of 2016; and earlier this morning we saw DXY slide down to a fresh low of 93.99, which would be the lowest level for the Dollar since the ‘Brexit move’ on June 24th of last year. This was also one of the deeper targets from our Q3 forecast, with one target remaining at the level of 93.00. 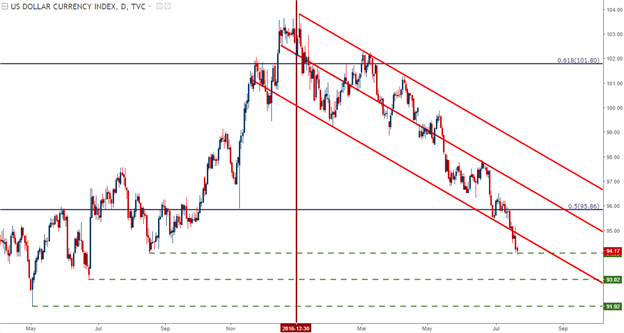 Next week brings a rate decision from the Federal Reserve. This meeting will likely be with a little less fanfare than usual, as there are no expectations for any policy changes and the bank is not hosting a press conference after the rate decision. What we will get, however, is the updated statement from the Federal Reserve; and with the next rate decision being almost two months later (September 19-20), these comments can be relevant for market participants trying to assimilate the odds of any near-term rate moves. But perhaps more critical to those forward-looking rate expectations will be the US-data prints offered throughout the week: Consumer Confidence is on Tuesday, Durable Goods and Advanced Trade Balance on Thursday and GDP on Friday.

The issue for the U.S. economy at the moment appears to be data. Economic data prints have continued to disappoint throughout 2017, so even though we’ve now seen three rate hikes over the past eight months along with the Fed’s assurances of more to come, the U.S. Dollar has simply been unable to catch a lasting bid.

As we came into 2017, the Dollar was flying-higher on the back of the ‘reflation trade.’ Hopes ran high for a resurgence in the U.S. economy, and we even started to see that growth spread into Europe and parts of Asia. But as those hopes for continued growth and ‘reflation’ in the U.S. economy continued to move-higher, so did expectations; and data out of the U.S. in 2017 has, so far, been unable to keep pace with those elevated-expectations.

The Dollar has moved down by as much as 9.5% from the 2017 high, set on just the second trading day of the year. The big question, at this point, is what could the Fed say or do that could turn the tide of this trend? But perhaps more importantly – would they want to?

Shortly after we saw the first rate hike from the Fed in over nine years, and this is when the bank was one of the few major central banks investigating tighter policy options, Fed Chair Janet Yellen directly said that one of the biggest forward-looking risks that the bank faced was the prospect of considerable Dollar strength as capital flows ran into the Dollar. And if the Fed was the only game in town for higher rates, this would be a stampede that could be difficult to stop or even slow-down. If left unchecked and if Dollar appreciation continued, this could eventually hit exports as a strong Dollar made exports just that much more expensive overseas.

But one year and a Presidential election later, that problem is non-existent; as the prospect of continued growth and inflation in Europe has begun to drive capital flows into the Euro in anticipation that the ECB will begin to walk towards ‘less loose’ policy options. We’ve even started to see expectations for actual rate hikes out of the ECB by the end of next year, and this has continued to drive bullish price action into the single currency. 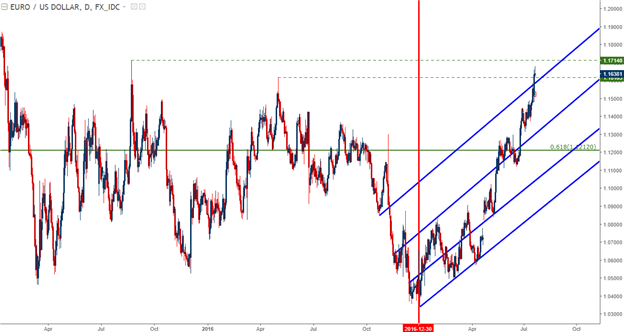 For Next Week on the Dollar

Keep expectations around FOMC relatively low. The bank just hiked rates, and is likely in the observatory period where they want to ensure that nothing goes awry. So we likely won’t see any provocative statements or comments, as the Fed probably just wants to hold the line without looking too deeply at this gift horse that’s been provided by higher rate expectations in Europe.

More pertinent, however, will be how this collection of data prints come-out and whether or not we can see some semblance of support form in the Greenback. The Dollar is oversold, and the Euro is overbought – so we might not need much to create a retracement in either of those trends.

But it’s the retracements that show what the move is worth. If bulls are staying active in the Euro and bears are staying active in the Dollar, we should see some element of response at resistance levels as market participants try to use that retracement move to add-in exposure to prevailing trends. Below, we’re looking at potential resistance levels in DXY and support levels in EUR/USD. 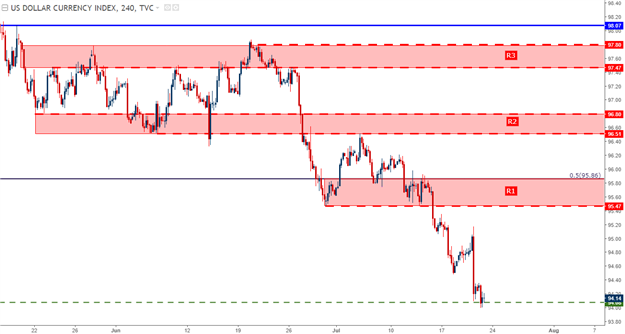 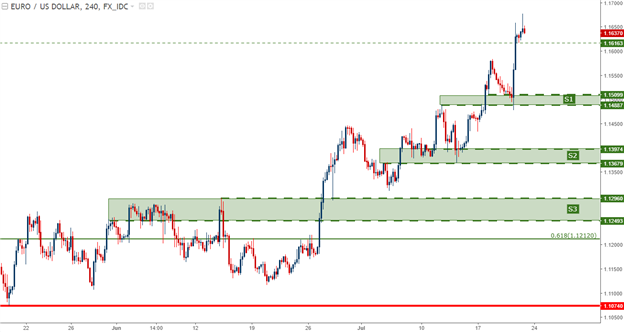