EURUSD Falls Back Below 1.26 as Spanish Yields Soar

The Greek elections yielded the somewhat surprising result of a strong New Democracy victory, with the pro-bailout party garnering enough votes to be in the position to form a coalition government with the other major pro-bailout party, PASOK. Should this materialize, it will keep the anti-bailout party Syriza on the sidelines as the main opposition, but that is only likely to last for so long. Early reports indicate that PASOK will not form a coalition government without the inclusion of Syriza, whose leader Alexis Tsipras has already stated that his party will not be joining New Democracy in a “grand coalition” of sorts.

On a bit of speculation about how this Greek drama will unfold, as a politician, Mr. Tsipras is playing his cards well, as he appears to be in the game for the long haul. That’s to say that if Syriza were to have won yesterday, it would have only been by a razor-thin margin, one that would have likely deteriorated quickly should Greece have needed another bailout under his watch (they will in about a month’s time). On the other hand, with a strong showing, Syriza is now primed to garner majority support in a few months when Greeks return to the polls (assuming New Democracy and PASOK form a government), as the center coalition won’t do anything to materially change Greece’s projected path out of the Euro-zone.

As the Greek election results have been digested, it’s now clear that G20 leaders won’t unveil the nuclear option of flooding the markets with a few hundred billion dollars of liquidity to ensure price stability in the coming days. This was much of the reason markets rallied at the tail end of last week, and without the promise of more easing, much of the gusto behind the US Dollar’s decline has been quelled. This “snap back” to reality after the election has dragged the EURUSD from its highest level in three-weeks at 1.2747 to back under 1.2600 just ahead of the US cash equity open.

The Australian and New Zealand Dollars lead on the day, appreciating against the US Dollar by 0.22 percent and 0.34 percent, respectively. The Canadian Dollar is the worst performer, losing 0.42 percent against the US Dollar. After appreciating by as much as 0.88 percent, the EURUSD was trading 0.31 percent lower, at the time this report was written. The USDJPY was slightly firmer, gaining 0.22 percent on Monday thus far. 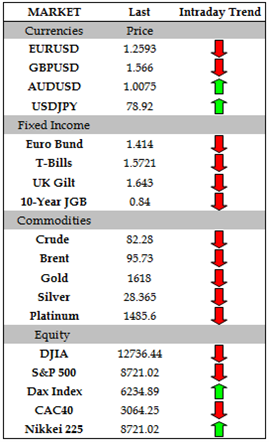 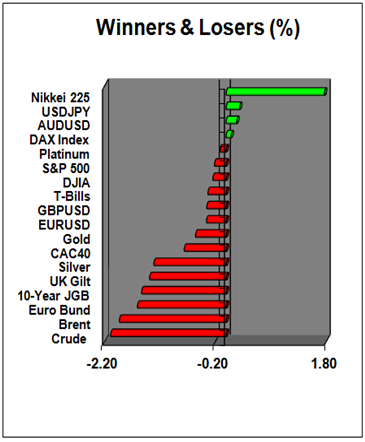 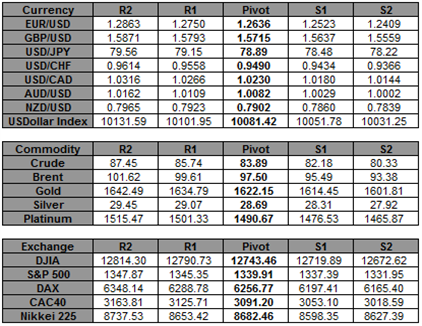