Although higher yielding currencies and risk-correlated assets moved higher in Asia, European investors are seemingly still sour, dropping the commodity currencies to their lowest intraday exchange rates ahead of the U.S. cash equity open. Data was sparse in the overnight and it was of the mixed variety: Australian loan data was poor; Australian confidence was worse than expected; British trade balance figures showed improvement; and German economic sentiment rebounded to its highest level in ten-months in March.

Amid this mixed batch of Asian and European data came the U.S. advance retail sales report at 12:30 GMT. Retail sales in February climbed to their highest rate in five-months, a strong sign that consumer spending continues to power the American economy. Sales were up 1.1 percent versus a forecast of 0.6 percent, according to a Bloomberg News survey. Following the release, U.S. equity market futures perked up with European stocks, while the U.S. Dollar rallied. Yes; global equity markets and the U.S. Dollar rallied simultaneously. Is QE3 being priced out? It certainly seems so. The data falls neatly in line with recently relatively strong U.S. data that lends to the notion that the Federal Reserve will not enact quantitative easing round three (more on that below).

Taking a look at credit, European bonds offered little that was palpable to risk trends or in line with recent macroeconomic developments. Core bonds – Dutch, Finnish, and German – saw their yields climb slightly, usually a sign of risk-appetite across the globe. However, the Spanish 10-year bond remained elevated above 5 percent, climbing 7.0-basis points to 5.089 percent. In terms of the winners, Italian and Portuguese bonds tightened to their core counterparts, with their respective 10-year bond yields falling to 4.877 percent and 13.100 percent. As noted in this report many times, and a view that I will maintain until Europe is unified fiscally, Greece was just the first sovereign default in the Euro-zone, and Portugal will be the next domino to fall.

Overall, it could not be characterized as a risk-on or risk-off day, with commodity currencies such as the Canadian and New Zealand Dollars posting the largest gains against the U.S. Dollar while the Australian Dollar slipped in early trading. Meanwhile, the Euro continued to face downside pressure despite the better than expected German ZEW survey. Following the Euro, the Swiss Franc was down 0.66 percent as well.

What to Expect for FOMC This Afternoon

At his semi-annual testimony in front of Congress on February 29, Federal Reserve Chairman Ben Bernanke offered a cautiously optimistic on the direction of the American economy. However, it was what the chairman left absent from his testimony that proved to be market moving: Chairman Bernanke made no mention of a third round of quantitative easing. In recent weeks, Federal Reserve officials have made waves with their differing views on the effectiveness of quantitative easing, and now market sentiment is leaning towards no such stimulus being offered up. With that said, it became apparent last week that the Federal Open Market Committee is considering another “Operation Twist” like effort.

Whereas the U.S. Dollar strengthened after the chairman’s testimony on Capitol Hill lacking mentions of QE3, the world’s reserve currency depreciated immediately last week when it was leaked that the FOMC would consider another “Twist.” With the Fed Funds rate on hold indefinitely, market participants will look for rhetoric from the Fed about more easing. If the statement accompanying the rate decision shares the same tone that Chairman Bernanke’s testimony to Congress did, then the U.S. Dollar will likely find support. A weaker U.S. Dollar will only come if the FOMC takes a dovish stance accompanied by more promises of central bank intervention. 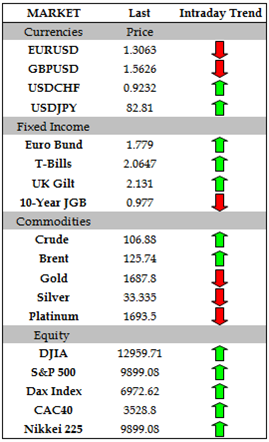 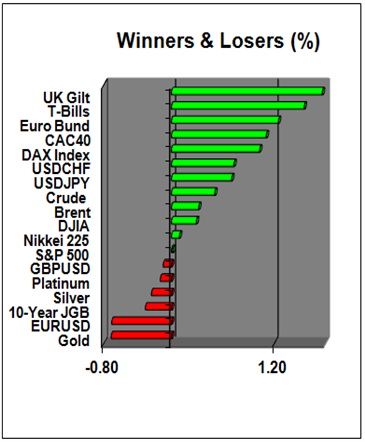 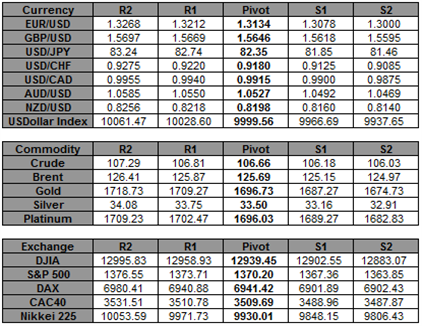