While the majors rallied against the U.S. Dollar throughout the early part of the European session, it became clear that Thursday’s rate decisions would drive investor sentiment going forward, at least for the rest of the day. The Bank of England rate decision came and went without any exciting developments, as the Monetary Policy Committee held the key interest rate at 0.50 percent, a policy in place since March 2009. Similarly, the BOE did not announce any additional stimulus.

While this has led to further pressure on the British Pound, the big news on the day comes from the European Central Bank. At today’s meeting, President Mario Draghi announced that the Governing Council had decided to keep its key rate on hold at 1.00 percent; at each of his first two meetings as chairman, President Draghi had cut the ECB’s main refinancing rate by 25-basis points. Of more importance, however, the ECB announced that it would not pursue a permanent bond purchase program (yet), and that any non-standard measures in place remain “temporary by nature.”

In regards to other aspects of monetary policy and economic fundamentals influencing the Euro-zone, President Draghi said that the region still has “substantial downside risks,” though the ECB has observed some “tentative signs” of stabilization in the economy, describing the future recovery as “gradual.” In addition, while financial market tensions continue to weigh on the crisis, President Trichet announced that evidence exists that the long-term refinancing operation (LTRO) offered last month has helped the region’s banking sector.

Although the decision did not change much of anything – in fact, the results were the same as the December meeting (rate at 1.00 percent; no permanent bond purchases program or quantitative easing) – the EUR/USD enjoyed a substantial rally following the ECB press conference, jumping from approximately 1.2715 to as high as 1.2788, at the time this report was written (ADDENDUM: the EUR/USD hit 1.2840 shortly after American equity markets opened). Similar price action was observed across other Euro-crosses, with what appeared to be a short squeeze underway. Considering the other majors did not follow the EUR/USD higher, a pullback could be in line later in the day, in favor of the U.S. Dollar. 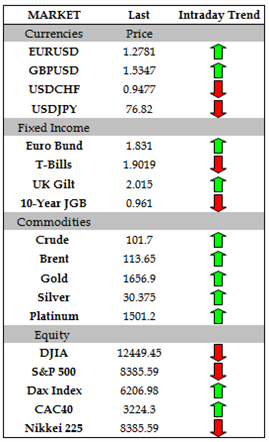 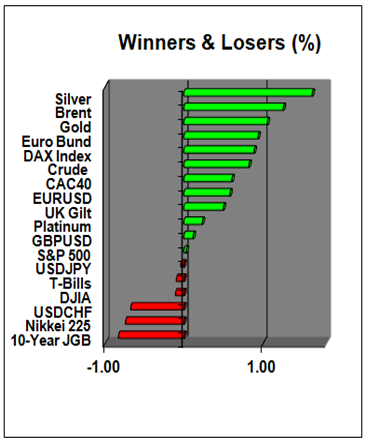 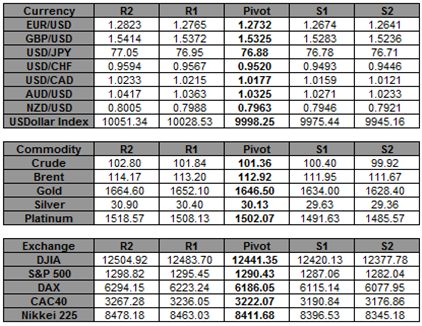